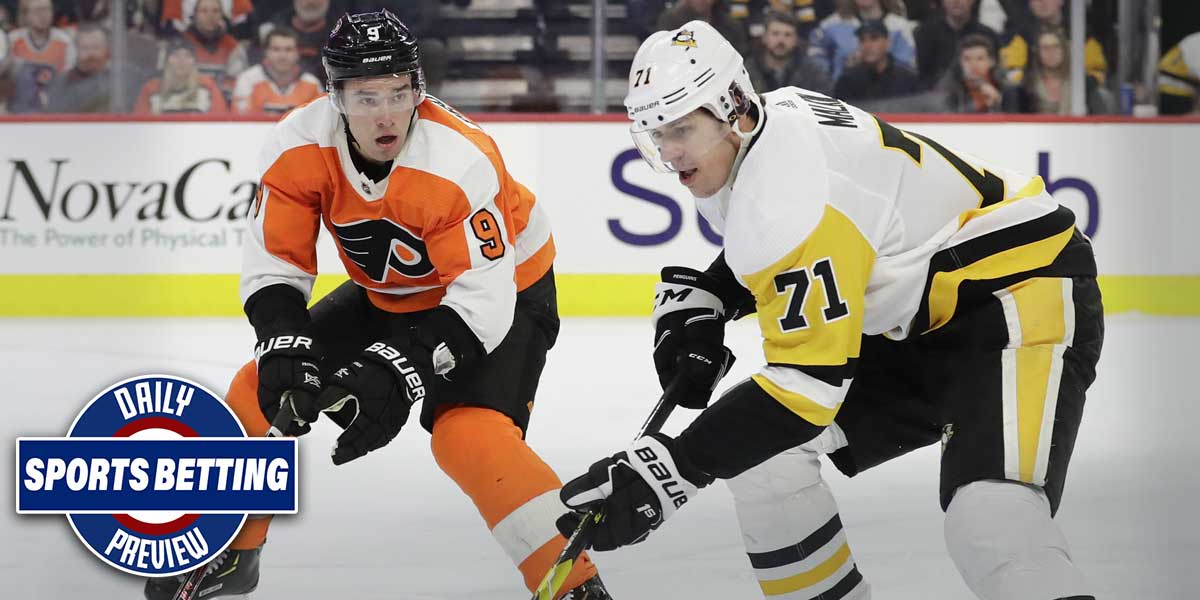 PHILADELPHIA – The daily sports betting preview train has three stops today. First, in Philadelphia, as the Philadelphia Flyers battle the Pittsburgh Penguins. In England, the column checks in with the RFL Championship. Finally, the column comes back to America for some NBA action as the Milwaukee Bucks battle the Denver Nuggets.

The Flyers fly into their state-based rival in Pittsburgh as they look to finish off a home-and-home sweep. Entering the game as a +150 underdog on the money line, the puck line has them favored. At +1.5 (-170), the Flyers are expected to lose the game, but in a close fashion.

The Penguins, meanwhile, have been quite good, and enter the game with a 31-14-5 record. A lot of those wins have come on homestands, where the Penguins boast a record of 18-5-3, a truly impressive accomplishment, and a stark contrast to the Flyers’ poor road record.

Against the puck line, they haven’t been nearly as successful, with a 24-26 record. Even at home, their success straight up has not carried over to the puck line, where they are 11-15.

The RFL Championship division is the second tier of Rugby competition based in England. It is analogous to the Football League Championship in English soccer – it’s a secondary league through which you can be promoted to the first tier or demoted to the third tier.

The Dewsbury Rams are taking on the Leigh Centurions on January 31, 2020. This game kicks off rugby play in the English leagues this year, and as such deserves special attention. Leigh has won the championship the most times in the league’s history (four) and enters as significant favorites.

Leigh is -375 to win straight up with a spread of 10.5-points in their favor. In contrast, Dewsbury enters with +285 odds to win on the moneyline. Basically, the money line and the spread are saying the same thing – Leigh is a better team, and should win this game.

The best team in the Eastern Conference hosts one of the top teams in the West as the Denver Nuggets visit a fellow midwestern team in the Milwaukee Bucks.

The Bucks are stellar – winning games at a historic pace – and have a staggering 41-6 record. They are nearly unbeatable at home, 22-2 through their 24 home games so far this season.

The Nuggets have been solid, as they have a 33-15 record. Additionally, they’ve won seven of their last 10 games. They just don’t seem to be good at the level Milwaukee is, and there are doubts about their ability to consistently hang with the best teams in the NBA.

This game is a good test for the Nuggets, who need a convincing win over a great team. Unfortunately, these kinds of wins are hard to come by.