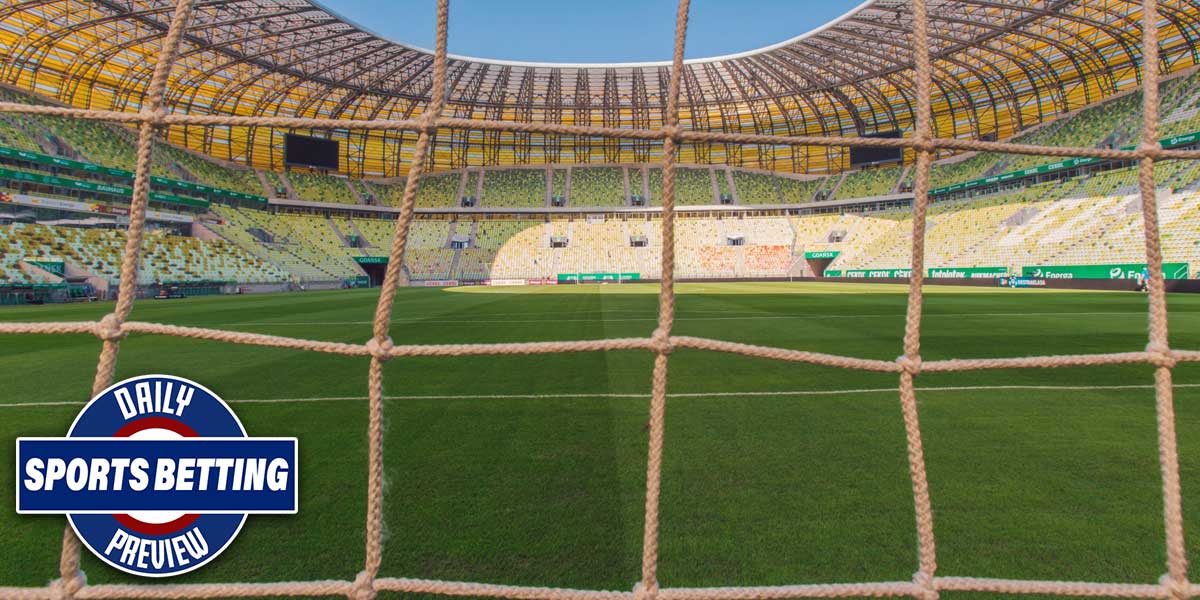 GETAFE, Spain – The 1st leg of Round 32 for the Europa League Playoffs begins on Thursday with a slate of 16 games. Each team will be participating in action today, as the first match kicks off at 12:55 p.m. EST and the last beginning at 3 p.m. EST.

While some major injuries may influence the soccer lines at online sports betting sites, the ability to find matches that are easy to bet on isn’t too difficult.

Ajax has scored at least two goals in all but two of their last nine away matches. With this, expect the scoring in this battle to be high. Even Getafe (+121) has been known to put the ball in the net, as they are prone to scoring beyond the 75th-minute mark.

Hakim Ziyech will likely see a goal himself for Ajax, and don’t be surprised if it comes early.

Taking the over (2.5 goals, -110) seems wise here. Getafe has hit over this mark in four (of seven) matches played during 2020 while Ajax (+235) has been slightly higher, hitting in six of eight games played.

At home, Frankfurt (+165) is undefeated in 2020, winning all three games by at least two goals. Don’t expect the same to be the case though against Salzburg (+160), who has shutout four of their last six opponents.

These two teams haven’t played since 2012 (Frankfurt 4-1) so past trends shouldn’t be regarded. Still, one thing that is almost a guarantee is that Hee-Chan Hwang will put a ball past the goalie. He has scored nine goals for Salzburg and those who are live betting on soccer may be interested in a certain stat.

Hwang scored five of those goals between the 20- and 40-minute mark. Therefore, once the match kicks off, taking action on Hwang to be the next/first goalscorer at the right moment can be a sizeable payoff.

While the soccer club of Arsenal (+175) brings out many soccer bettors, those who are unaware of Olympiacos’ abilities will soon be surprised. The club hasn’t lost a Europa League match while playing at home and have scored first in eight of those ten matches. Continuing, they have shutout five of their last seven opponents and have scored three goals or more in the same span.

However, don’t expect Arsenal just to fold over. They have only lost two of their last dozen Europa League fixtures but find themselves prone to struggles against Piraeus (+160). Still, taking the over (2.5 goals, -120) is definitely the play, as all six of these clubs’ previous meetings have resulted in that trend.

Keep in mind, these clubs haven’t played since 2015 but don’t be surprised to see a few first-half goals as well.

Barely getting by the group stage, Rangers (EVEN) still stand in a good position to beat Braga. (+300). Against Portuguese opponents, Rangers are undefeated in their last eight matches that were played in Scotland.

However, Rangers may not be able to keep up with Braga, who has scored over 2.5 goals in six of nine matches played throughout 2020. Rangers have only seen this result in half of their ten matches for the year. If the match is close near the final stretch of the game, expect to see Braga’s Paulinho be the closer for the Portuguese club.

For those with a little more of a sports betting wild side, consider taking the double-underdog parlay of a Braga victory combined with the 2.5-goal over (+140). Here, a one-unit play of $100 would net the bettor $860.