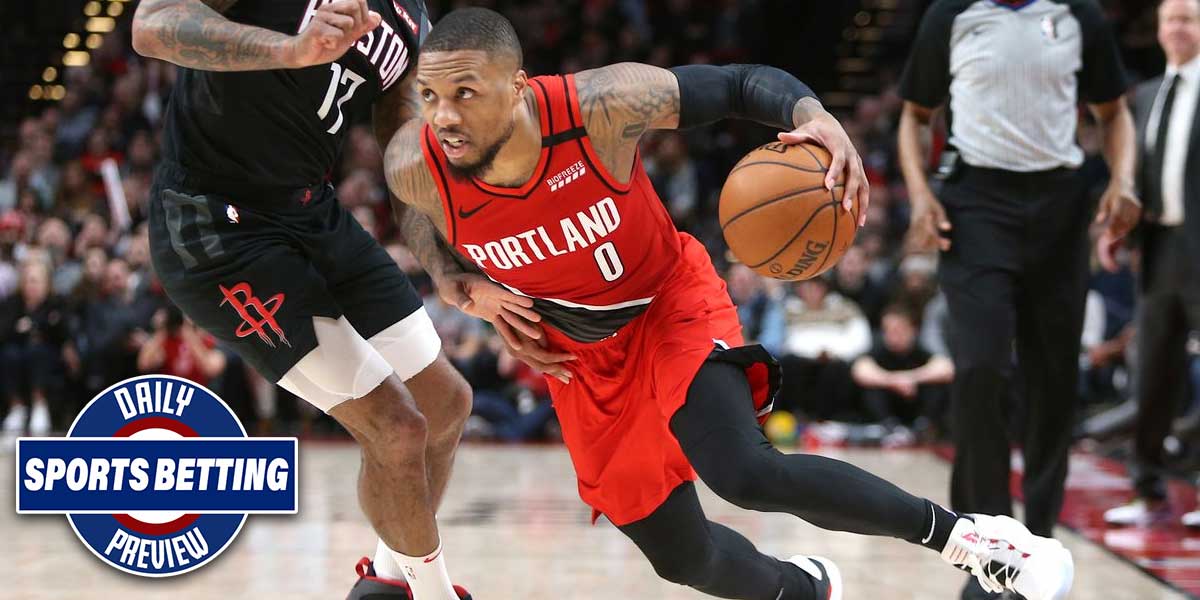 PORTLAND, Ore. – The Daily Sports Betting Preview is back, and on this Friday edition of the column, it will be visiting Portland, Oregon for the Portland Trailblazers’ faceoff with the New Orleans Pelicans, followed by Marseille, France for some ATP Tour tennis action, and close off with a bang at the Snooker Shoot Out.

Damian Lillard is expected to miss this clash of explosive stars as he remains sidelined with a groin injury, which certainly takes some shine off of this game. However, the game still contains possibly the most interesting player in the NBA to watch, Zion Williamson, and some very interesting betting considerations as well.

Both of the two teams are 6-4 in their last ten games, and both of them have similar records, with wins in the 20’s and losses in the 30’s.

Portland opened as a three-point home favorite, but the line has moved to Portland +4.5 early.

Portland does have a winning record at home, and Damian Lillard’s injury is not a surprise to the sportsbooks. Evidently, there is some amount of faith in a home team pulling out a win here.

Today, the ATP Tour comes from many areas of the globe – Marseilles, France, Del Ray Beach, USA, and Rio de Janeiro, Brazil. However, Marseilles is the spot to be for tennis bettors. This is because Marseilles features the match between World Number Five Daniil Medvedev and the veteran Gilles Simon.

Medvedev is favored by 4.5 games on the spread, a very large amount as far as two-set tennis goes, and is -500 on the moneyline to win outright.

The tournament has been rocky for Medvedev – his coach walked out on him as he complained during his victory in the previous round. Also, sports bettors should know that Simon has won both of the last two matches this pair has played.

One last thing to keep an eye on in matches like this is live betting at online sportsbooks – the lines are always moving, so if Simon steals the first set of the match, Medvedev bettors might be able to get better odds on his presumably still likely victory.

The last event that the preview will cover today is the Snooker Shoot Out. This is one of the best events for Snooker gamblers to get in to, as it modifies the traditional snooker ruleset.

Every match played in the Shoot Out lasts only one frame, and the frame is time-limited, as are the players. No match will last longer than ten minutes, and the breakneck pace makes it a unique sports betting experience.

There are 21 remaining matches in the Shoot Out today but really the highlight is not an individual match, but the Shoot Out itself.