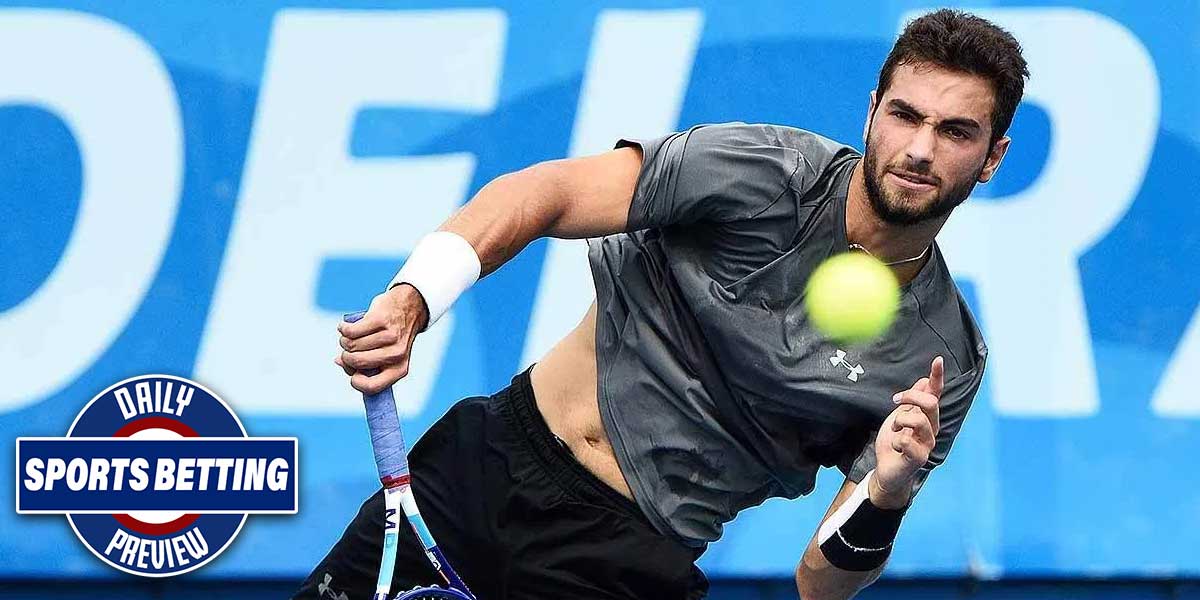 INDIAN WELLS, Calif. – With the tennis season beginning to get closer to the summer months of heavy action, a stop in California is required first.

On Monday, the Indian Wells Masters begins its first week of action, as the challengers take the courts in order to gain access to the main ATP event.

Ugo Humbert was granted the top seed and first-round bye, as the draw is in juxtaposition with Lucas Pouille on the opposite side. However, besides these two top seeds, there is plenty of tennis betting action at online sports betting sites.

Rubin takes the court against Danilo Petrovic in a battle of players outside the top 150. Though Petrovic is the higher-ranked player, he still comes into the match with an underdog title (+125). Rubin is known for dealing a deadly serve on the hard courts and has won four of his last six matches.

Petrovic has lost four of the last six matches and will likely make it a fifth on Monday at 4 p.m. EST. Taking Rubin on the moneyline (-145) or on the spread (-3 games) should both prove to be beneficial.

Sock has continued his solo career without his brother on the court with him. The matchup displays the first serve at 4 p.m. EST as Sock is -350 to beat Kaichi Uchida (+280) and is also favored by four games.

While this may seem rather steep, bettors at online sportsbooks with tennis betting odds may look to take the under (20.5 games) rather than Sock on the expensive moneyline or high game spread. If Sock wins the match 6-4, 6-4, the under would be the winner while the game spread would be stuck in a push.

Sela may not be known for his impressive tennis play but being an underdog at +180 shouldn’t be easily overlooked… especially when he is going against Mitchell Krueger (-220). Krueger does hold the two-match advantage in both of their previous meetings however both have been on a rough tear.

Taking the odds seems like a smart play here, as Sela has taken at least one set from Krueger in both of their previous encounters. For those who are still unsure, taking Sela on the game spread (+3.5) or live betting the tennis match would be in their best interest. The match begins at 2:30 p.m. EST.