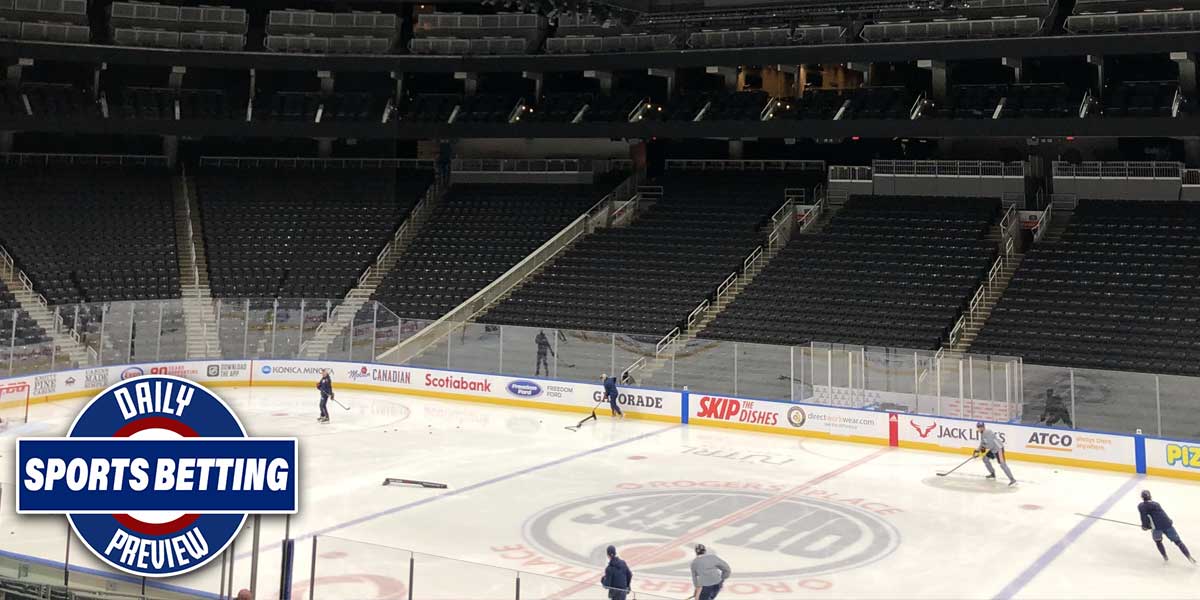 COLUMBUS, Ohio. – With the spread of coronavirus around the world, the sporting world is seeing a major influence in fans in attendance and the cancellation of leagues.

Still, the daily sports betting preview continues, as events around the world are still occurring. In Liverpool, England, night six of the Premier League Darts tournament will take place while across Europe, the Europa League Playoffs are in their Round of 16 play.

If the NHL will keep the season going, sports bettors will also get to experience an NHL matchup between the Pittsburgh Penguins and Columbus Blue Jackets.

Both slated to make the NHL Playoffs, the Pittsburgh Penguins will travel to Columbus to take on the Blue Jackets at 7 p.m. EST. Only 5 points away in the standings, these Metropolitan Division teams are no stranger to one another.

These teams have played seven times over the last 370 days with the home team winning all seven. Keep in mind that this impact of the local fan base will not be present in this matchup, as the game will be played without spectators.

A total of 5.5 goals is set as the over-under but hockey bettors should consider taking the under. These teams have averaged under five goals per game during the seven-game span, with two of those games keeping the average inflated as seven and nine goals were scored in two of the contests.

Matchplay begins at 3:10 p.m. EST with a close battle between Peter Wright and Michael Smith. Despite Wright’s top contender status, Smith has been on a tear as of late, winning seven of his last nine matchups.

This includes victories over Van Gerwen (twice) and Wright.

Sitting at +800 to win the event, bettors may consider hedging his futures action while taking Wright on the moneyline for this specific matchup (+110).

Those betting on darts may find that Wright can allow themselves to come out ahead even if Smith (+175) loses.

Despite Sevilla vs. AS Roma and Inter vs. Getafe being postponed amid the coronavirus, six other Europa League playoff matches will take place. Beginning at 1:55 p.m. EST, LASK and Manchester United meet in Raiffeisen Arena without any fans in attendance.

Manchester (-115) is the favorite in the match but LASK Linz (+320) should not be overlooked with their odds.

A draw is also set at +250, giving soccer bettors a chance to arbitrage bet around a Manchester United victory. By putting a unit on LASK to win and a unit on a draw, bettors can either lose two units (United victory), win 1.5 units (draw), or 2.2 units (LASK victory).

This certainly comes with a heightened degree of risk as Manchester United is on a ten-match unbeaten streak (over all competitions) and have averaged 3 goals on the road over their last six Premier League matches.

Though this does not translate 100%, it still provides an example of how dominant this team can be.