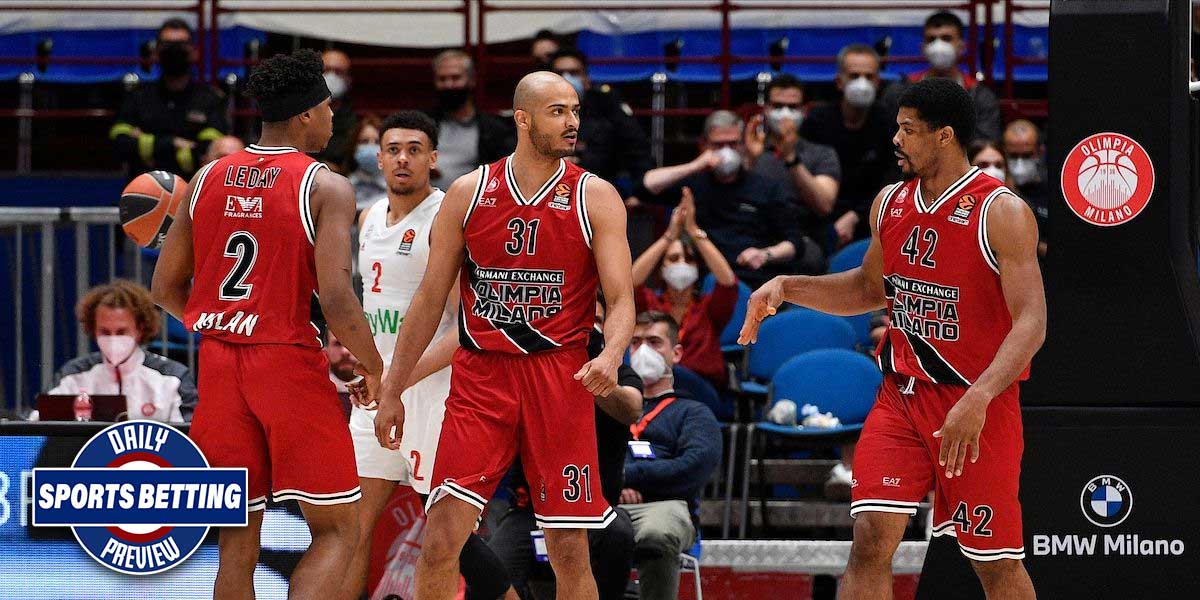 ST LOUIS - Friday’s edition of the Daily Sports Betting Preview will cover a late-night MLB game, some 3-ball action from the Charles Schwab Challenge as well as a marquee EuroLeague basketball matchup.

There’s a lot of value on the board and here we’ll highlight some noticeable betting opportunities.

The St Louis Cardinals will take the field as underdogs against the Arizona Diamondbacks on Friday night. While starting pitcher Madison Bumgarner has slightly better numbers than Johan Oviedo, online sportsbooks may be favoring the wrong team.

The Diamondbacks have been struggling mightily over the past two weeks, hitting for just a .210 batting average (fourth-worst in MLB), .269 OBP (second-worst in MLB) and .322 SLG% (worst in MLB).

Plus-money value is simply too good to pass up on in this spot. Those looking to watch their bets cash can tune in to MLB.TV or MLB Extra Innings at 9:40 p.m. EST to watch the game.

As the Charles Schwab Challenge heads into the second round, some favorable odds are available for golf bettors to take advantage of.

Potentially the best example is Lee Westwood being the favorite against Harry Higgs and Kyle Stanley. Only seven golfers in the 120-person field played worse than Westwood on Thursday.

Despite shooting +5, he remains the favorite over Higgs (E) and Stanley (-1) for Friday’s round.

Higgs might be in the best spot for improvement in the second round as he scored well in Round 1 without being in a position to succeed. He hit just 42.9% of fairways and 55.6% of greens in regulation and still managed to shoot even par on the day.

Of the three, Higgs had the most birdies in the first round, if he can find the fairway off the tee he’ll be set up for a big day on the course.

Many basketball fans might not know anything about these teams, but would be surprised just how many players they’re familiar with.

The history between these two teams favor Barcelona as they’ve beaten Milano twice this year, both games by 16 points. The spread in this matchup is less than half of the difference in each of the last two meetings, meaning Barcelona should maybe be favored by more.

Of course, the stakes are higher and the game may be less likely to be a blowout, but Barcelona has proved they are able to beat Milano handedly, while Milano hasn’t shown us much at all.