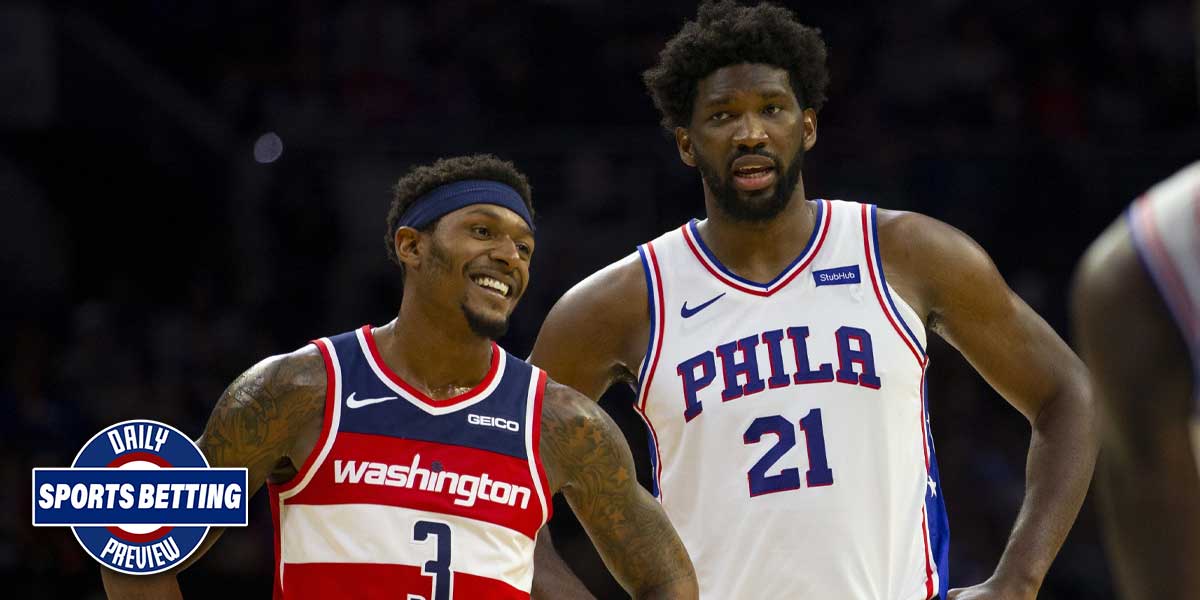 PHILADELPHIA – The Wednesday slate of sporting events is an intriguing one. There are playoff games in both the NBA and the NHL as well as some interesting matchups in the French Open.

Anybody looking for the best value picks of the day needs to look no further as we’ll highlight our best bets.

The Washington Wizards were able to avoid getting swept on Monday night as they beat the Philadelphia 76ers. Joel Embiid was only able to log 11 minutes before exiting the game with an injury. That same injury has Embiid listed as doubtful for Game 5.

Of course, NBA bettors should monitor his status prior to the game, but operating under the assumption Embiid will miss the game, the best value bet of the game could be on a special rebounding prop.

Russell Westbrook and Ben Simmons to combine for 25+ rebounds is set with odds of +170. In the one game we’ve seen without Embiid, these two combined for 33 boards, 21 of which came from Westbrook alone.

Not only does no Embiid open up rebound opportunities for Simmons, but it hurts the 76ers offense which means more rebounds for Westbrook who averaged almost 12 a game.

The Vegas Golden Knights suffered an embarrassing 7-1 loss to the Colorado Avalanche in Game 1 and are +165 underdogs to even up the series.

Most people would agree that a 7-1 score doesn’t accurately represent the gap between the teams and many would consider it a fluke.

Instead of looking for the Golden Knights to bounce back, it might be more beneficial for NHL betting fans to look into the Under.

These teams were among the top three in the fewest goals allowed per game throughout the regular season. Vegas allowed an NHL-best 2.18 goals per game while Colorado allowed 2.36 goals per game, the third-best in the NHL.

Medvedev has struggled on clay throughout his career but has also shown the ability to succeed with a notable runner-up finish on clay in the 2019 ATP Barcelona.

Despite his history on the surface, Medvedev should likely be a bigger favorite than what the online sportsbooks’ odds suggest.

Tommy Paul went to a fifth set against the No. 129 ranked player in the world and had to battle to a 10-8 win to take the match. Paul had to grind out a 3 hour and 36-minute match while Medvedev was able to win in straight sets in his first matchup.

Given the talent gap, the recent performance and the expected fatigue differential, Medvedev’s French Open betting odds seem to carry a little value, especially as a piece to a parlay.