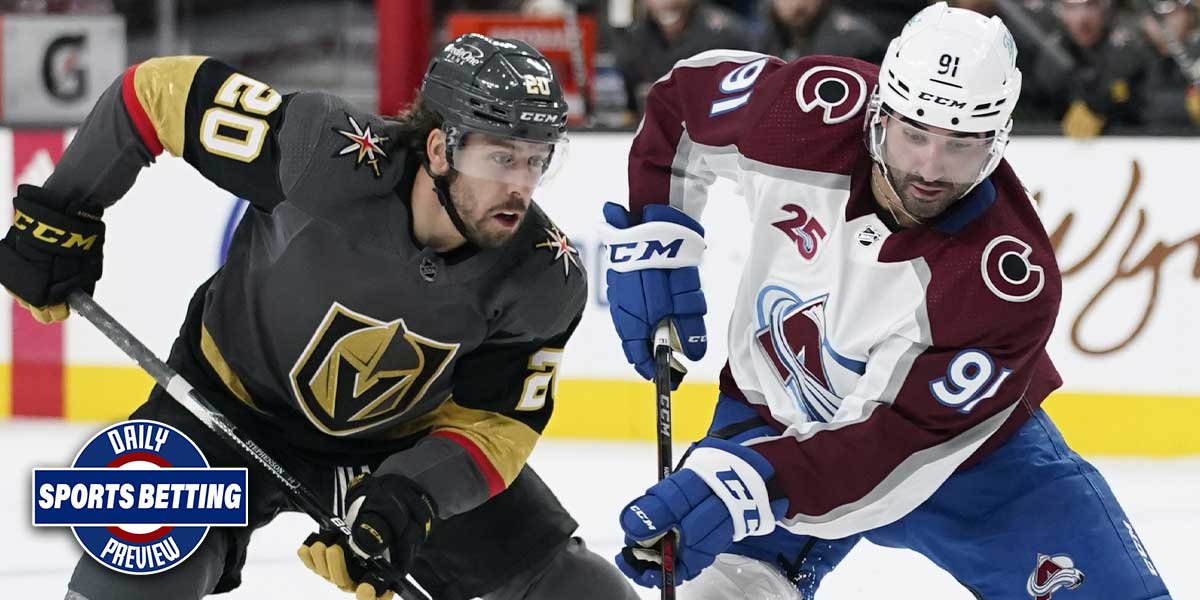 NEW YORK – Friday’s slate of sporting events is loaded with betting opportunities through the NHL Playoffs, baseball’s biggest rivalry and the French Open. Those looking for value picks for the day have come to the right spot.

After taking a 2-0 series lead with an overtime goal on Wednesday, the Colorado Avalanche find themselves as road favorites over the Vegas Golden Knights. The line is close and either team has value, but the best bet of the game could be the Under for the second game in a row.

We mentioned this in Wednesday’s Daily Sports Betting Preview, and online sportsbooks have yet to adjust the betting line. Vegas allowed the fewest goals per game this season (2.18) and Colorado allowed the third-fewest (2.36).

The 7-1 final score in Game 1 was a fluke while the 3-2 final in Game 2 is much more representative of the team’s true abilities.

The biggest rivalry in baseball is back for the first time of the 2021 season. The teams are even on the moneyline with odds of -110 apiece, but we’ll be looking at the total for the best bet of the game.

These two teams simply aren’t hitting the ball well enough to justify MLB betting sites having the Under as the betting underdog.

Over the last two weeks both the Yankees (.226) and the Red Sox (.215) rank in the bottom seven for batting average. Boston also has the lowest OBP in the MLB (.276) over that span while the Yankees have the third-lowest slugging percentage.

Stefanos Tsitsipas may be, other than Rafael Nadal, the best clay-court player in the world.

Tsitsipas is only favored by 5 games in the match, a line that may be a bit too small for the -750 overall favorite. Isner is a tough guy to break consistently, but Tsitsipas has shown he can beat anybody on clay having only dropped sets to two players this season.

Clay courts don’t fit Isner’s playstyle too well and Tsitsipas should be able to cover the five-game spread in this match. Those betting on the French Open won’t want to miss this.