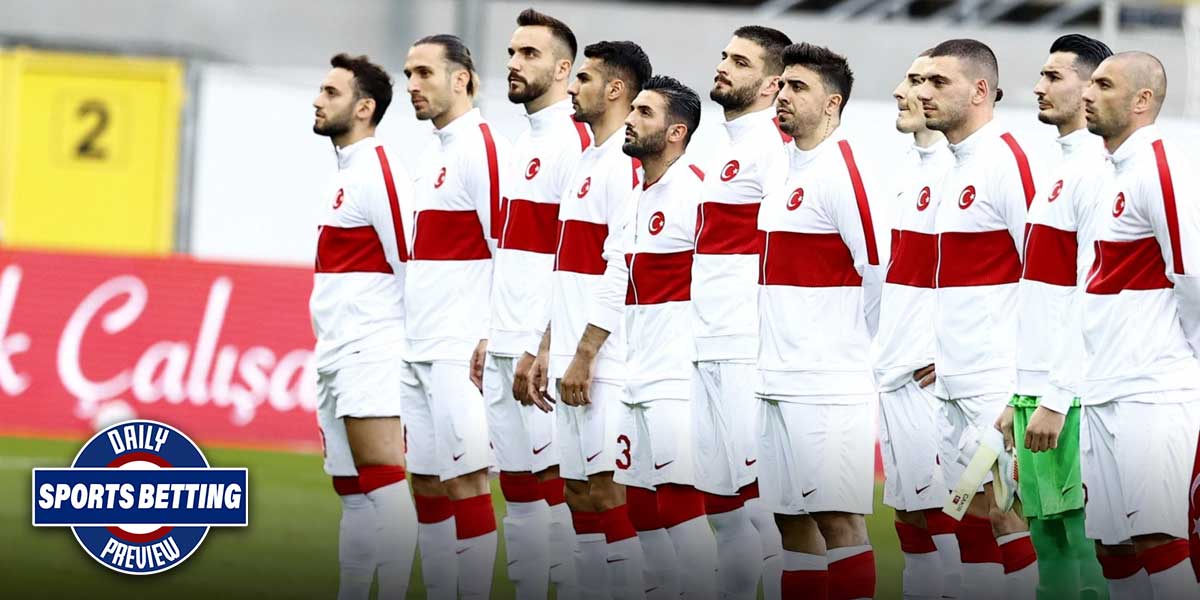 LAS VEGAS – Friday’s slate of games is filled with betting value and opportunities highlighted by some of the best plays throughout the beginning of the 2020 Euros, the two NBA Playoff games and the Call of Duty League in the eSports scene.

The first match of the 2020 Euros will be between Italy and Turkey on Friday.

Italy will take the field as moderate soccer betting favorites, but we’ll turn towards the total for our best bet of the match.

Italy averaged 3.7 goals per game in their 10 qualifying matches while Turkey averaged 1.8 goals per game. Online sportsbooks may be undervaluing these teams’ ability to combine for three or more goals.

With two games on the NBA slate tonight, we’ll take a look into both for some value picks. Starting with Game 3 of the Philadelphia 76ers and Atlanta Hawks series, we notice the 76ers are slight road favorites. Philly went 18-8 (69.2%) straight up this year when labeled as a road favorite by sports betting sites.

Atlanta was 6-7 (46.2%) on the moneyline this year as a home underdog. Not only are the 76ers thought to be the better team, but many trends point towards the 76ers to be able to take a 2-1 series advantage in Friday’s game.

At the end of the day, NBA betting odds of -120 on the No. 1 seed in the East is enough value to be worth the risk.

The second and final game on the NBA docket is Game 3 between the Phoenix Suns and Denver Nuggets. Despite taking the first two games of the series, Phoenix is listed as the betting underdog heading into Game 3.

The numbers don’t lie, the Suns at EVEN money might just be too good to pass up on.

With two games on the Call of Duty League (CDL) schedule, we see the one that is projected to be a good matchup. The Minnesota ROKKR and Los Angeles Thieves will compete in a match that carries a lot of importance towards the Stage 4 Major seedings. The Thieves are slight esports betting favorites in the matchup.

Both teams have their fair share of question marks and areas to critique, but there is simply too much of the unknown in the Los Angeles camp to be worth backing as the favorite. The Thieves have made a variety of roster moves in the past couple of months, Friday’s match will be the first with yet another new roster.

Our #LAThieves starting roster as we move into the Stage 4 Major will be:@Kuavo@Huke@SlasheR_AL@TJHaLy

Drazah and Venom will be moved to sub for this week. pic.twitter.com/IJ68RsfRVE

Granted this is probably the most talented roster the Thieves could’ve made, there’s a high probability that the team may struggle to start as they’ve had limited time to practice with each other. Further, the Thieves may be a little distracted by the whole Huke situation that shook up the competitive CoD scene just a few days ago.

On paper, Los Angeles is the better team, but there are too many questions surrounding the roster to confidently bet on.