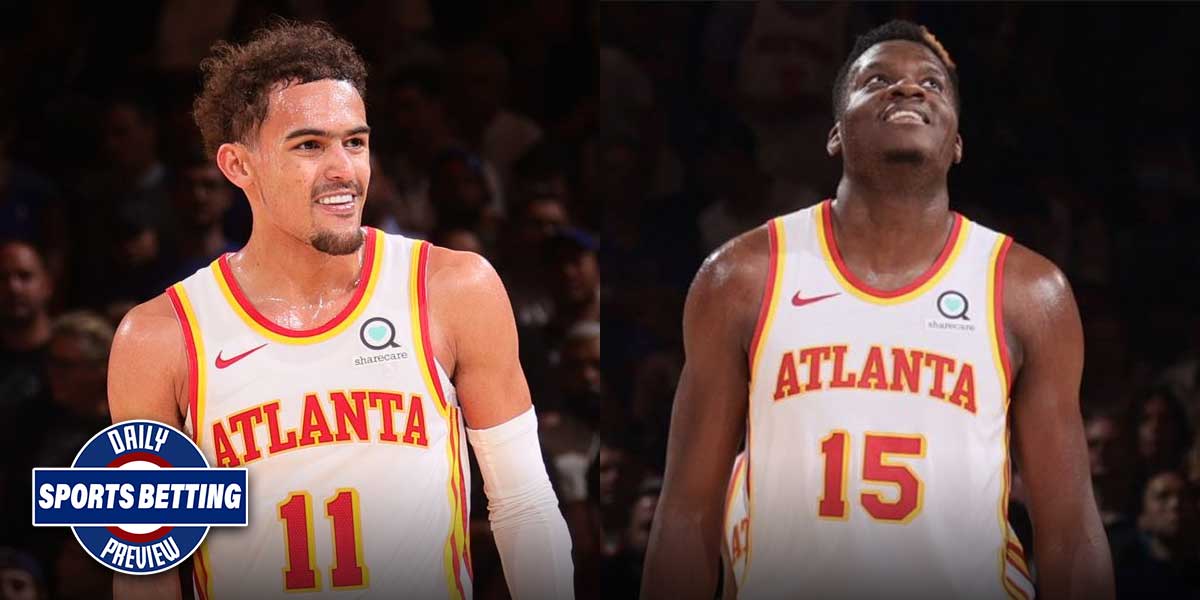 ATLANTA – The Monday edition of the Daily Sports Betting Preview will cover the best bets for the Atlanta Hawks vs Philadelphia 76ers Game 4, the MLB matchup between the Chicago White Sox and Tampa Bay Rays as well as the Euro match between Spain and Germany.

The Atlanta Hawks will play host to the Philadelphia 76ers as they look to even up the series at two games apiece on Monday night. The 76ers dropped the first game of the series but have been able to bounce back with two straight wins.

For the best NBA bet, a player prop comes forth.

It’s been reported that Danny Green will miss multiple weeks due to injury, which is likely the reason that Furkan Korkmaz’ odds are set in favor of the Over despite only having hit the mark in two games this postseason.

Considering the odds, online sportsbooks are assuming Korkmaz will get most of Danny Green’s minutes, as he did in Game 3, but it’s not a given.

There are still players like Matisse Thybulle, Tyrese Maxey, George Hill and Shake Milton competing for minutes at the same position. Due to the uncertainty around Korkmaz’s playing time, the +155 odds carry too much value to pass up.

The Chicago White Sox will play the Tampa Bay Rays as the two teams with the best records start a three-game series on Monday. The betting odds suggest this game is a near pick ‘em.

Chicago will send Lance Lynn to the mound with a 7-1 record and a 1.23 ERA to go along with his 0.86 WHIP. The Rays will pitch Tyler Glasnow who has a 5-2 record with a 2.47 ERA and 0.93 WHIP. These are two of the better pitchers in the sport at the moment, but the edge goes to the White Sox.

This should be a competitive matchup, but there will only be so many opportunities to get the White Sox as underdogs this season. MLB bettors should take advantage when possible.

Spain and Sweden will face one another in their opening match of the 2020 Euros. Spain is listed as a sizable favorite on the moneyline, but for the sake of value, we’ll look into the total for the match.

Spain is on fire at the moment, having scored a combined 12 goals in their last two Euro qualifying matches and carry a sort of home-field advantage as the match will be played in Spain. Sweden lost to Spain in their only previous Euro meeting by a score of 2-1, the same score Sweden has posted against every host country they’ve played in the Euros.

Further, the soccer betting line has moved fairly drastically towards the Over as it was a -110 underdog just about 24 hours ago to the current -120 favorite.