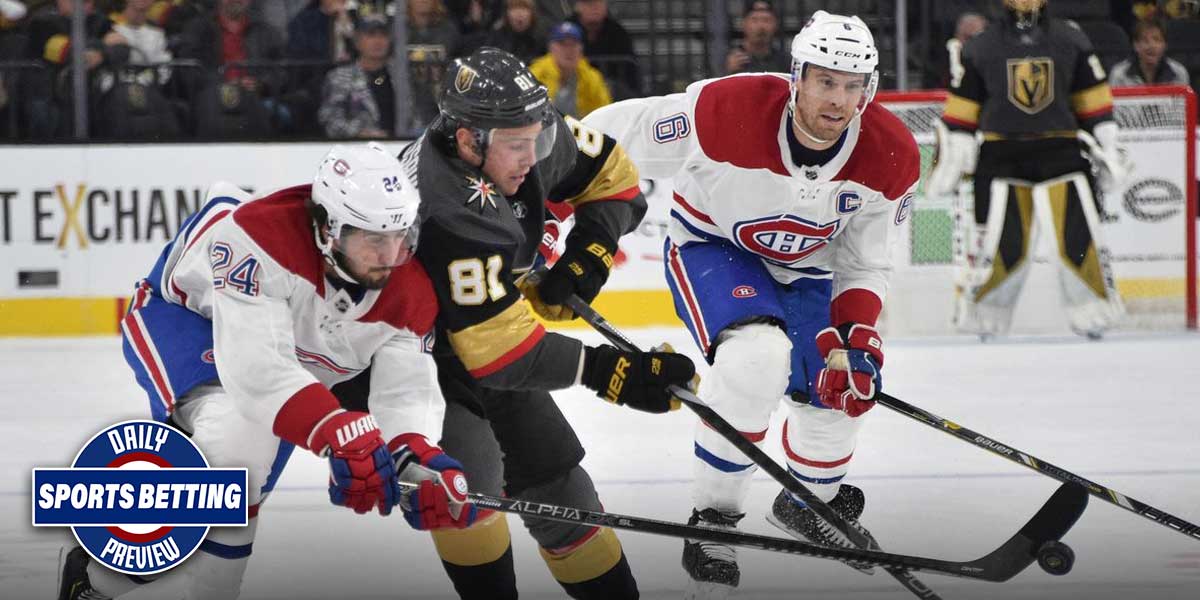 LAS VEGAS – On Wednesday, the Daily Sports Betting Preview will cover a team prop bet in the Vegas Golden Knights vs Montreal Canadiens game, an interesting betting trend in the Italy vs Switzerland 2020 Euros match as well as a game between two of the best teams in baseball in the Tampa Bay Rays and Chicago White Sox.

The Vegas Golden Knights will play the Montreal Canadiens in the second game of their semifinal series.

Vegas currently holds a 1-0 series lead and online sportsbooks are projecting the team to get off to a hot start in Game 2 having set the over 0.5 first period goals as a moderate favorite.

The Under carries a lot of value in this spot and NHL bettors shouldn’t hesitate to get in on the action.

Italy To Record A Shutout And Win

Italy is riding an impressive streak of nine straight wins without allowing a goal. The last time the team failed to do so was way back in October of 2020. Sports betting sites are predicting that the streak ends in this match which brings value to the line.

When something happens nine times in a row, it’s a fair assumption to believe it might happen again. Soccer bettors that think the streak will live on can get a decent payday in return thanks to the plus-money betting odds.

The Tampa Bay Rays are in the news for the wrong reasons at the moment, but it could prove to be motivation heading into Wednesday’s game against the Chicago White Sox.

Tampa Bay will be sending Ryan Yarbrough to the mound who carries a 3.63 ERA and 1.08 WHIP while the White Sox will have Lucas Giolito pitching who has a 3.81 ERA and 1.11 WHIP. The numbers are similar, and that’s the case around the board between these two teams.

Over the last two weeks, the team batting average is separated by just .001 in favor of the White Sox and the OBP has just a .004 difference in favor of Tampa Bay. The Rays bullpen is the biggest factor in differentiating the two teams. Tampa’s relief unit has posted a 0.74 ERA over the last two weeks which ranks the best in the MLB by a wide margin.

If most stats are the same between the teams but one has a wide advantage in an area, why not go with that team, especially as a +120 betting underdog. MLB betting fans may be getting an opportunity to steal an underdog win from the books here.