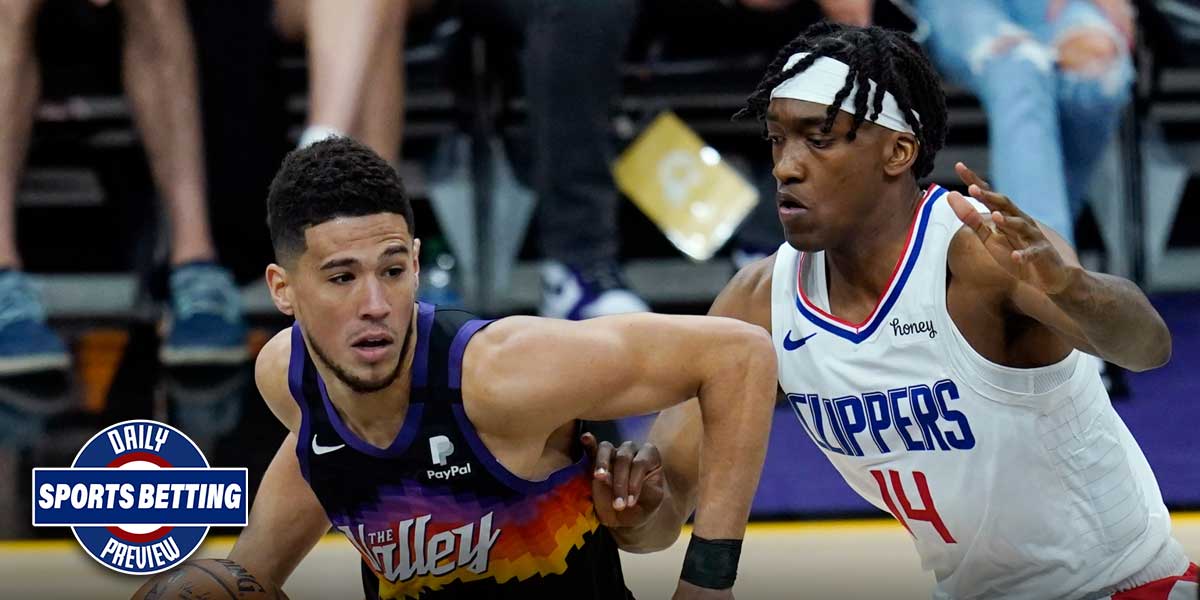 LAS VEGAS – Tuesday brings the return of the NBA Playoffs after a brief hiatus. However, there are also betting opportunities across the NHL Playoffs as well as the 2020 Euros.

They say that the best way to predict the future is to look at the past, and that’s exactly what we’ll do.

There is a requested special prop bet available on sports betting sites for each team to score Over 20.5 points in each quarter and the odds are listed at -110.

Given the teams’ history in these playoffs, it may be more likely than the odds suggest.

The Phoenix Suns have scored 21 or more points in 28 straight quarters (seven games) while the Los Angeles Clippers have reached this mark in 53 of their 56 quarters during this postseason run. Simply put, these odds do not make much sense and NBA betting players should take advantage of it.

The Vegas Golden Knights and the Montreal Canadiens will face-off against one another in Game 5 as either team looks to take a series lead. However, we’ll be looking towards a first-period team total in the game for a betting line with value.

Vegas has only scored in the first period in Game 1 of this series meaning the team has gone three straight games without a first-period goal. Online sportsbooks are taking a risk by offering plus-money odds on something that’s happened three times in a row.

England is a fairly sizable favorite heading into the final match in group play, but there’s a clear trend between these two teams that should allow the Under 2.5 goals to cash.

Through England’s two games in the 2020 Euros there has been just one goal combined between all teams involved.

On the Czech Republic side of things, both games have had a total of two goals. This means that these two countries would be a combined 4-0 on the Under if this were the line in each game.