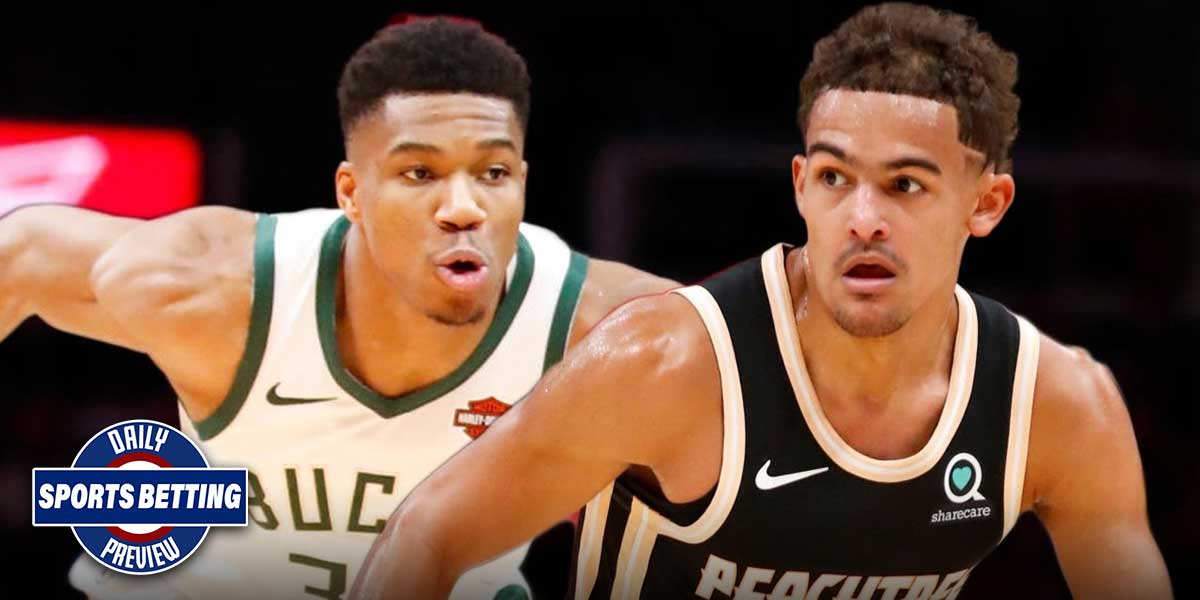 MILWAUKEE – Wednesday brings the start of the Eastern Conference Finals, some Copa America play and a nice AL East battle that all have valuable betting spots.

Starting with the Milwaukee Bucks and Atlanta Hawks, they open up their best-of-seven series for a chance to make it to the NBA Finals Wednesday night.

Rather than picking either team to win or cover a spread, the best bet may be to look at a special NBA prop bet that lists both teams to score Over 20.5 points in each quarter with -130 odds.

Online sportsbooks are offering a good price considering the Bucks have scored 21 or more points in 40 of their 44 (90.9%) postseason quarters and the Hawks have done so in 38 of their 48 (79.1%) quarters during the playoffs.

This Copa America matchup has odds that don’t make much sense. Soccer betting fans will find Ecuador as the favorite over Peru despite the recent form of both teams.

Ecuador is the second-lowest FIFA-ranked nation and has won just one of their previous nine Copa America contests. Meanwhile, Peru has only lost 3 of their previous 13 tournament matches. Not only is there a difference in recent form, but a notable advantage in head-to-head results as well.

Although Peru is the longest shot on the board, it’s well worth the risk as many would argue that American sports betting sites should list them as the favorite.

With the Tampa Bay Rays playing the Boston Red Sox on Wednesday night, we’ll look for the Rays to be the first team to put a run on the board as the MLB odds are a little too enticing to pass up.

Rich Hill will pitch for the Rays and in his last five outings has allowed no runs twice and allowed his first run in the third, fourth, and fifth innings in the remaining starts. Garrett Richards, the starter for Boston, has allowed a first-inning run in three of his last five outings and allowed the first run in the third inning in the remaining two starts.

Given Richards’ struggles early in games and Hill’s proven ability to get late into the game without allowing a run, the Rays seem like a steal to score first at +105.