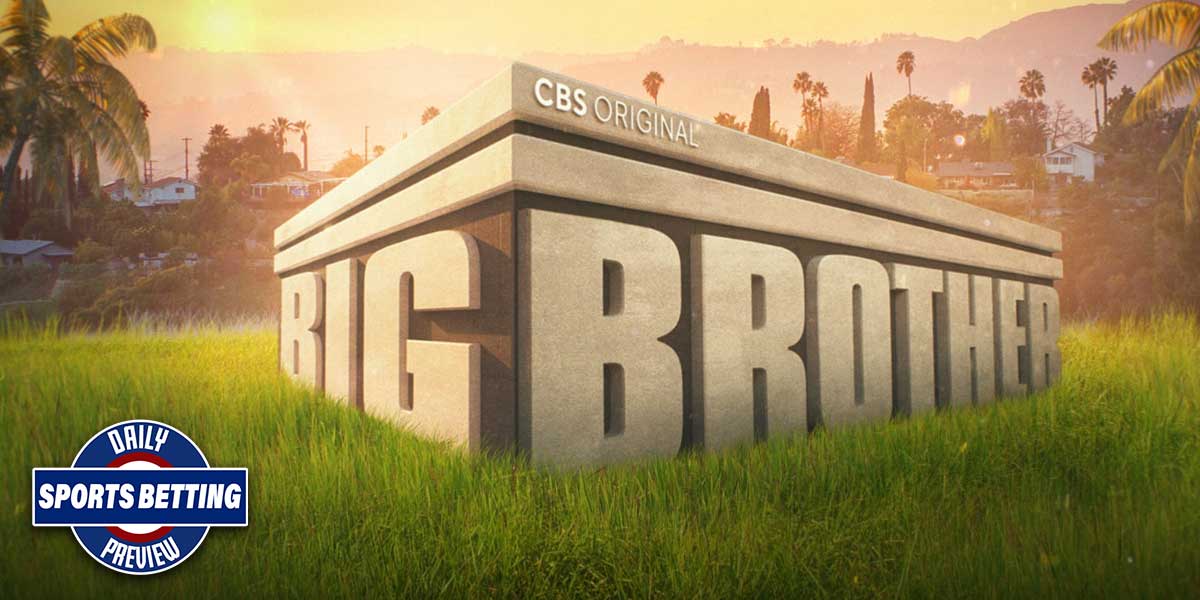 In Season 23 of Big Brother, the houseguests have just started, with the first eviction occurring last Thursday. With Kyland Young winning the second head of household and both Frenchie and Britini up on the block, the focus is on Frenchie being booted this week.

However, Brent Champagne takes centerstage of the entertainment betting odds for Big Brother 23.

Not only is Champagne favored to win the next HOH competition (+550), but Champagne is also favored to be the ultimate winner of the season (+550).

However, with +2500 odds to win America's Favorite Houseguest, Champagne is rather out of this running (3rd worst). Still, Champagne grew the fourth most Instagram followers after Week 1, showing just how much love he is receiving from the country.

On Monday, the MLB resumes play with a monster slate of games; however, the preview's focus turns to the St. Louis Cardinals and Chicago Cubs.

While many look at the runline and moneyline, the focus may be better served on the over-under, specifically on the under.

With this, those looking for an extra payday can find alternate betting odds at online sportsbooks on the under.

Even further, the MLB betting trends support the under.

At the Swiss Open, the 2016 winner and 2006 runner-up in Feliciano Lopez will take on tournament local in Marc-Andrea Huesler.

Huesler is being touted as the favorite, despite losing the first match in four of his six clay tournaments this year.

While the exact same can be said for Lopez, experience plays a bigger factor. With 318 clay games under his belt, Lopez should be able to control Huesler, who has a career 41 games on clay.

Still, Huesler can certainly find points with his serve and did beat Lopez 6-4 6-3 the only meeting between the two just less than a year ago.

Instead of picking a winner on the -115 odds on both sides, tennis betting faithfuls can also look at betting the first set or taking an alternate game line (+2.5, -155) on Lopez.

1st Set Over Under