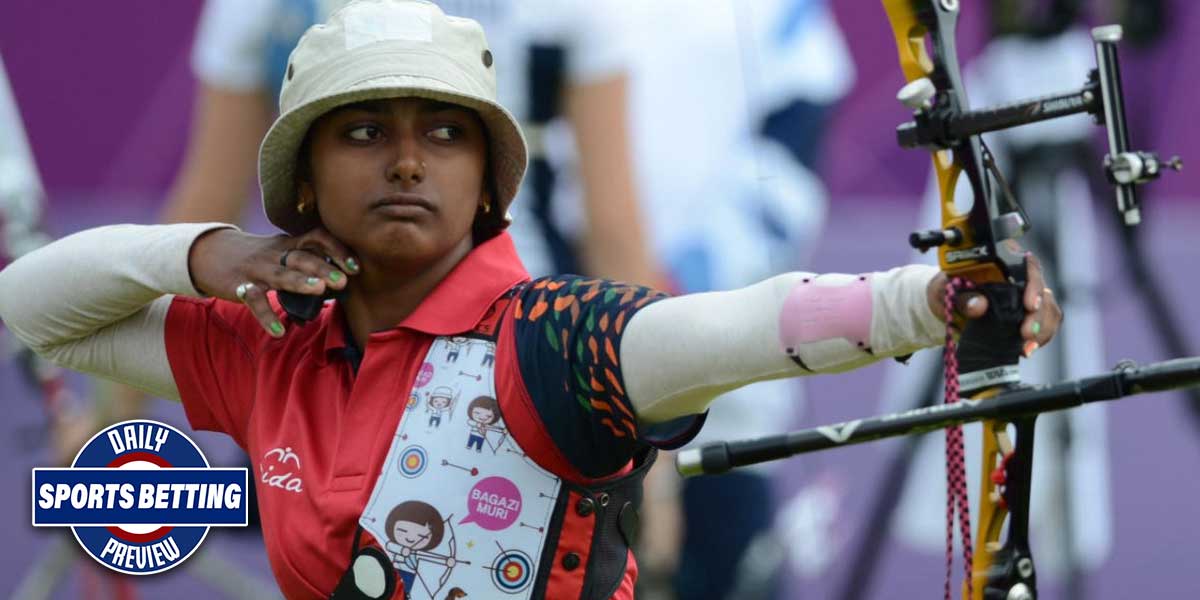 LAS VEGAS – The first round of Olympic Archery starts Thursday at 8 p.m. and will run throughout the night. Prior to the Olympic coverage, bettors can also find betting value across the MLB and MLS schedules.

Bradley Ellison won the bronze medal in the 2016 Olympics and will be looking to move further up on the podium as the reigning gold medalist is no longer competing in the event. Online sportsbooks peg the American as the favorite to win the event.

The events on Thursday are not for a medal, but for ranking. The Men’s Individual medal matches won’t be played until Saturday, July 31. Those interested in betting on the Olympics should do so sooner rather than later before the odds shift to a point that minimizes value.

Plus, the Rangers will send Mike Foltynewicz to the mound who has a 2-9 record with a 5.91 ERA and 1.34 WHIP this season. Anyone betting on the MLB should find that the Rangers will struggle mightily to score runs and should be prone to allowing them at a decent rate.

Austin FC and the Seattle Sounders will face off on Thursday night in a match where the odds, at face value, seem to not make sense.

The Sounders had an MLS record for the longest unbeaten streak to start a season, but finally lost their first game to Minnesota United. The team currently sits atop the Western Conference standings but is a sizable underdog to Austin FC.

Seattle might not be as good as usual, but Austin will continue to be as bad as they have been (3-6-4 record).

This may be the last time the Sounders have +290 soccer odds all season, and while not under ideal conditions, could be worth betting anyways.