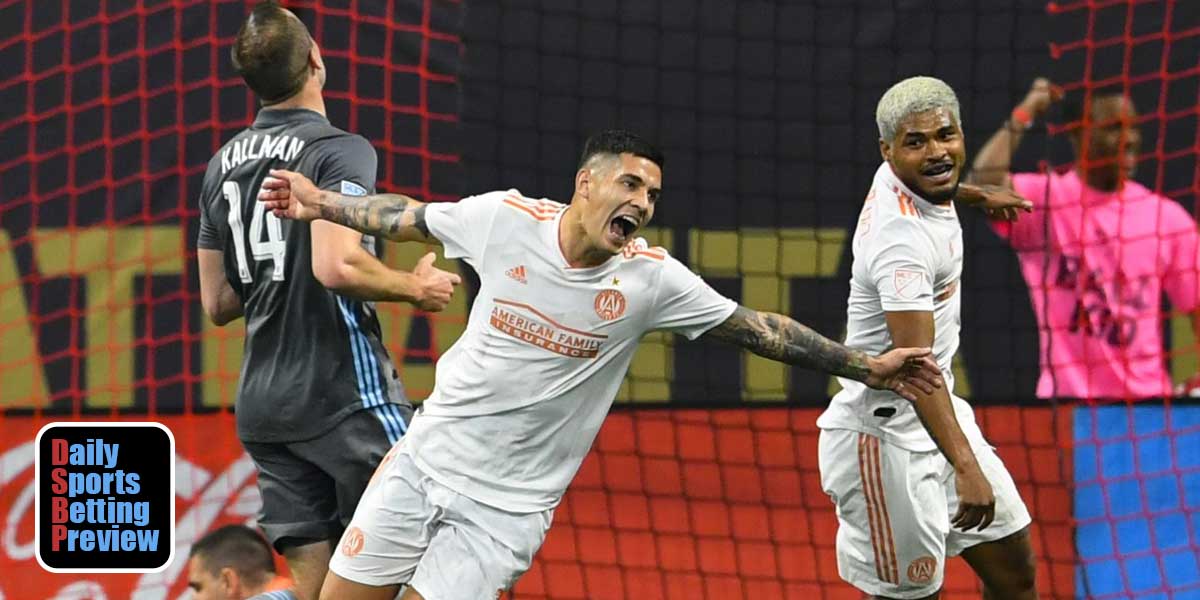 TALLAHASSEE, Fla. – Tuesday marks another day in the calendar, which for sports bettors means another day to wager on something. Baseball games are aplenty, as all 30 teams will make up the schedule for the 15-game daily schedule.

After winning their matchup last night, the Philadelphia Phillies are only one game outside of the NL wild-card spot. But the focus turns off of baseball today, as two events in other sports are set to take the stand.

In the oldest soccer competition within the US that is still ongoing, the US Open Cup is playing its championship game tonight. This is the 106th edition of the competition, which fields both professional and amateur teams alike.

Scheduled at 8 pm EST, the Atlanta United and Minnesota United have made their way through the tournament will battle for the top spot.

The game will be played in the Mercedez-Benz Stadium in Atlanta, as both 2017 expansion teams are playing in their first-ever US Open Cup Final.

Atlanta (-215) earned its way to the final outscoring opponents 10-3 in the previous four games – even shutting out both opponents during the quarterfinals and semifinals.

For Minnesota, (+525) their journey came by way of offensive firepower, as they scored 15 goals in the same span. Their defense has looked just as solid, only allowing five goals over the last four games – with two of them coming from last year’s champion, the Houston Dynamo.

The match has an over/under of 3 goals, and the spread of the US Open Cup is in favor of Atlanta (-1). Tune into ESPN+ to stream the match.

For UFC fans, the finale for Dana White’s Contender Series takes place tonight. This is Week 10 of the third season and the action is sure to be a hit, as a UFC contract is on the line.

The main event is the first fight of the night and comes with the most experienced athletes. This middleweight bout is between Dusko Todorovic (8-0) and Teddy Ash (14-4).

Todorovic (-400) has never seen the third round in his 8-fight history, willing his way to victory in the earlier rounds every time. For Ash, (+300) he has defeated his previous seven of eight opponents, with six of them coming by way of KO/TKO.

Fight 2 should also be a great showing, as it is the battle of the only undefeated fighters for the night. Also middleweights, Kailan Hill (4-0) will take on Impa Kasanganay (2-0).

Hill (-360) can turn on the jets quickly, as his three fights in 2018 were victories by knockouts in the first round. His lone fight in 2019 though, was a victory by unanimous decision.

Kasanganay (+270) may be relatively unknown in the fighting world but came to his victories through two decisions earlier this year.

With two more in between, the final fight of the night (fight 5) will be the most evenly matched of the night. T.J. Brown (10-6) will battle Dylan Lockard (6-1) who both have been fighting incredibly well as of late.

Brown (-175) has two first-round victories in his last three matchups and Lockard (+145) won his last two by KO/TKO.

USAOnlineSportsbooks.com feels both featherweight fighters have no advantage over the other, as their height (5’ 9”), weight (145 lbs.), and reach (72”) are all identical.

The fights begin at 8 pm EST and can be streamed on ESPN+.