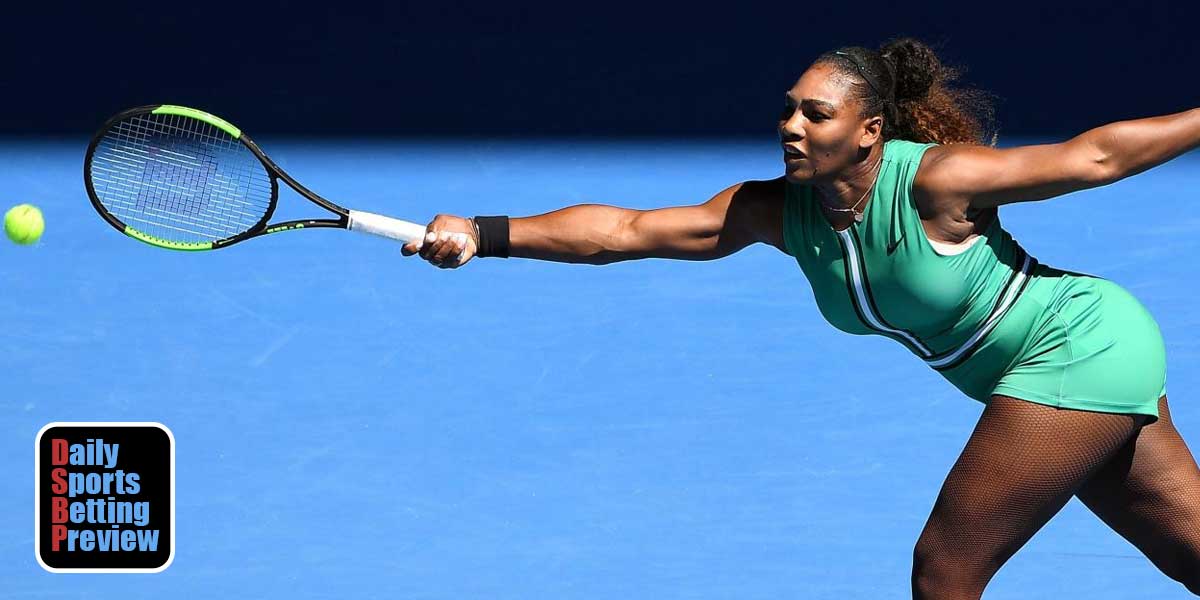 TALLAHASSEE, Fla. – Today’s betting action turns back to the asphalt and concrete, as the third day of the US Open is upon us.

The action from the first pair of days brought a few upsets to the tournament, as American Reilly Opelka beat Stan Wawrinka in the second round. This is now the second time in 2019 that Opelka has beaten the 2016 US Open winner in a major event (Wimbledon), offering a bright future for the 21-year-old Opelka.

In a similar fashion, Alexander Zverev was beaten by Jiri Vesely in the first round. Vesely also beat Zverev in Wimbledon, as Opelka did with Wawrinka. Both of these defeated players were in the top 10 for odds to win the US Open, as Zverev was fifth (+2000) and Wawrinka was slotted in the tenth spot (+3300).

Things didn’t do all well for the Americans though, as the highest-ranked American, John Isner lost in the second round to Mikhail Kukushkin, who, continuing the trend, also beat Isner in Wimbledon this year.

But the focus for today switches over to the ladies’ side of things. This afternoon until late tonight will feature five American tennis players in four high-stakes matchups.

To start, the 3:30 pm EST game will be between Madison Keys and Lin Zhu. The two have never met in a match before and the oddsmakers at online sportsbooks in the US are leaning favorably towards the American. Keys (-6) is projected to run through this match, as she also has one of the highest moneylines for the day (-950).

With Keys’ serving power and control, she should have no issues taking down Lin Zhu. This matchup will be played at Louis Armstrong Stadium.

A 6:00 pm EST match is the next feature of the day, as American Sofia Kenin continues to make a name for herself in the betting world. The 20-year-old has beaten many top ten players – #1 Ashleigh Barty, #2 Anastasija Sevastova, #3 Belinda Bencic, #4 Elise Mertens, #6 and #7 Elina Svitolina, and #10 Serena Williams – with all of those victories coming in June or later.

Her challenger will be Laura Siegemund, who has been playing professional tennis since Kenin was 8 years old. Kenin (-6) is the heavy favorite in the best-of-three match, but don’t be surprised to see bettors staying away from the moneyline for Kenin (-800) and possibly taking it for Siegemund (+500). This match will take place on the Grandstand.

An hour after that matchup is slated to begin, American Lauren Davis will take on the world number 2 in Ashleigh Barty. These two have only met on one occasion (in 2014) to which Barty got the best of the American. Still, if Davis can find a way to win, she will knock out the fourth favorite female to win the US Open in Barty (+900) and make her run to the next round even easier.

It will be no easy task, as Barty (-5.5) is expected to take care of business in two sets. The over/under for this match is 19.5 – one of only a handful of matches under 20 for the day – but finding value in Davis (+450) to beat Barty might be a good look for some. This match begins at 7:00 pm EST in Louis Armstrong Stadium.

Though Serena (+350) came into the US Open tournament as the favorite, she has not won a Grand Slam title since the Australian Open in 2017. Still, Serena has been a runner-up at three major events since that time span but don’t be surprised to see her struggle.

Williams does have a history of losing to young American women but she should see herself in round 3 with no issues. This match will be played at Arthur Ashe Stadium.