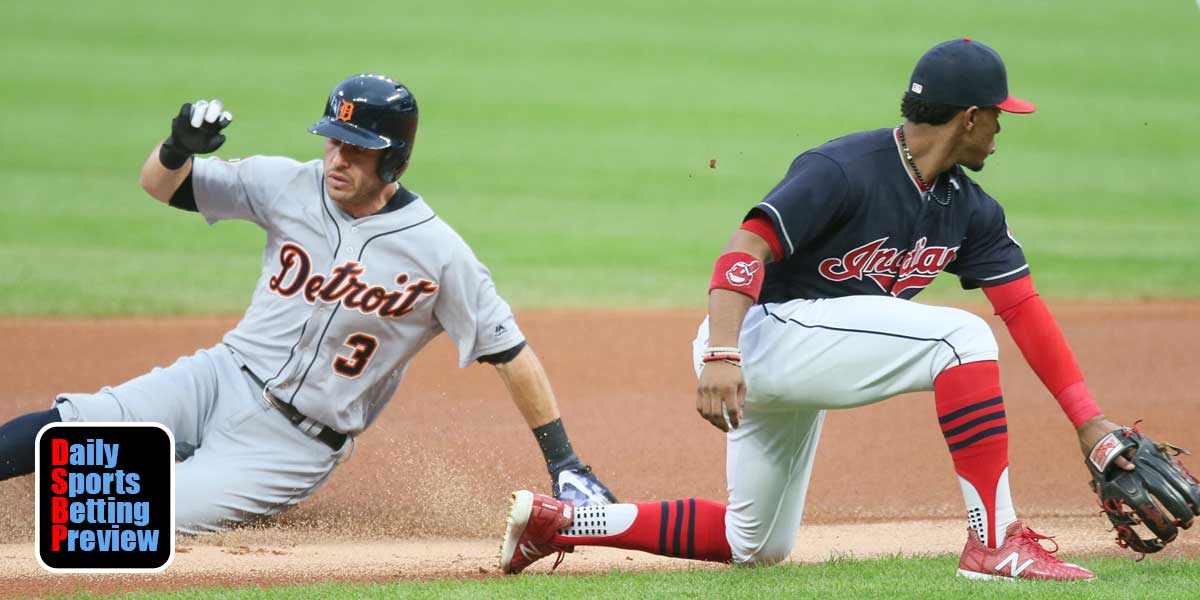 TALLAHASSEE, Fla. – Sports betting action is on fire today, as baseball, pro football, college football, the US Open and more are all taking place.

The sportsbooks are getting ready for the start of the NFL season but the action is already headed their way. Today, we have four games to look at. One baseball game, one college football matchup, and two NFL preseason games.

Finding a betting opportunity is generally always available, you just have to know where to look.

Going Against The MLB’s Worst

The Detroit Tigers have been downright awful this year. They have the worst record, the least number of runs in the league, and no hope to turn around their season. Still, this team has been a killer for sports bettors, as last week they overcame +450 odds against the Houston Astros.

Regardless, betting against the worst team in the league is still highly advised. The Indians (-255) present a good opportunity over the Tigers (+235), and betting the run line on the Indians -1.5 (-160) could also prove to be beneficial.

Mike Clevinger is getting the start today and has proven to be troublesome for Tigers’ batters. In fact, of the Tigers’ starting lineup, only Miguel Cabrera has gotten an RBI off Clevinger… and that comes with a .167 batting average.

Cleveland is 37-28 on the road while Detroit is 17-45 at home. The game takes place in Detroit starting at 1:10 pm EST and should be easy money for Indians’ bettors.

UCLA travels to Cincinnati to take on the Bearcats on ESPN at 7:00 pm EST. In the teams’ same college football opener as last year, the UCLA Bruins (+2) are slight underdogs against the Bearcats (-2).

Betting this game may be more of a challenge, as last year’s numbers could prove to be unnecessary figures. Despite the Bearcats finishing with 11 wins – the first 10-win season since 2012 for the program – or receiving a top-25 final ranking – for the program’s fifth time-ever – they may not be able to be victorious tonight.

The Bruins (+115) jumped out to an early 10-0 lead last year before losing to the Bearcats (-135) in the closing minutes of the game by a gutsy 4th down call by coach Luke Fickell. Cincinnati won that matchup 26–17, but this year’s action believes scoring will be much higher.

As one of the most revolutionary minds in college football, Chip Kelly can deliver high scoring games. US online sports betting sites have the over/under for this game is 57.5 points, and between Kelly’s offensive firepower and Cincinnati’s quarterback and running back duo in Desmond Ridder and Michael Warren, nobody would be surprised to see this game reach the mid-sixties.

No, none of the teams that could meet in the Super Bowl are playing tonight… well, it is possible but we’re not betting on that. Instead, the San Francisco 49ers will take one of their neighboring team to the south in the Los Angeles Chargers.

This is a repeat of Super Bowl XXIX in 1995 where the Niners won by over three touchdowns. For this game though, the Niners (-215) are favored over the Chargers (+185), but only by four points. Either way you bet this one, consider parlaying it with the over on the over/under (34 points).

The other matchup is between the New York Giants and New England Patriots, who saw that Giants get the better of them in both Super Bowl XLII (2008) and Super Bowl XLVI (2012). Impossible catches and crazy plays have turned this “rivalry” into something worth tuning into preseason for.

This 7:30 pm EST matchup can only be seen on NFL Preseason, which if you haven’t bought yet are probably too late to join the party. Still, look for a decent game, as the Patriots have let up less than eight points per game in the preseason, while the Giants are averaging over 29 points per game.