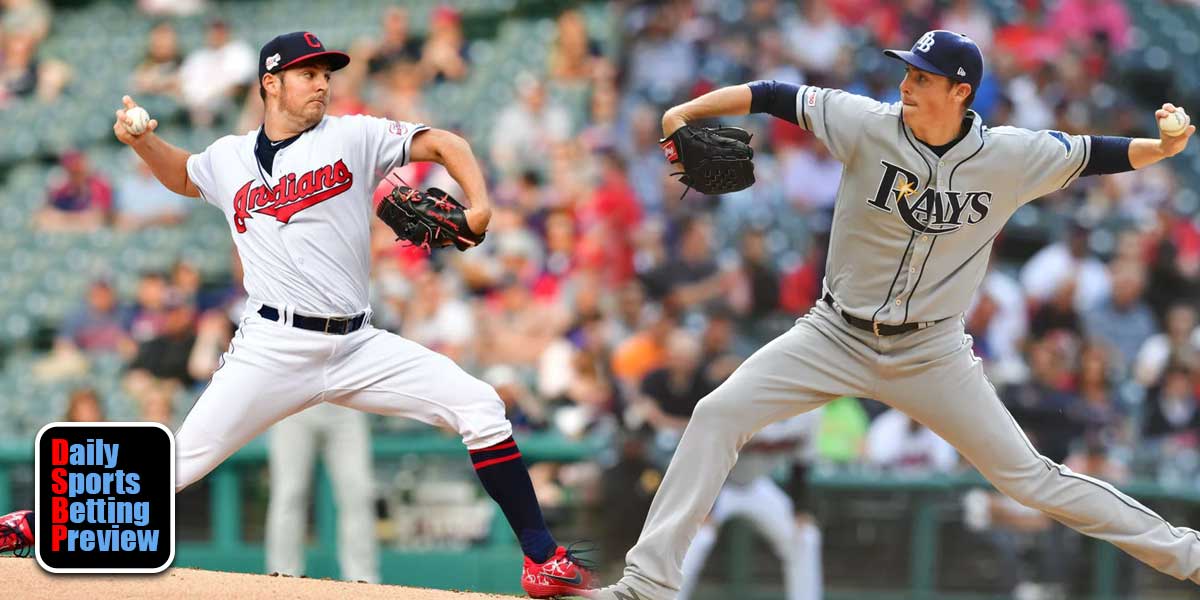 TALLAHASSEE, Fla. – With only a day away from the first real college football Saturday, bettors are looking to increase their bankroll in time for the weekend’s slate of games.

There are plenty of betting lines for the beginning weeks of the EPL, La Liga, and Bundesliga but many Americans have yet to adjust to this type of football betting. If you’re like most, the risk of betting on the unknown does not outweigh the payouts.

Instead, focus your attention to the college football Friday night games, where teams like Michigan State and Army are playing in “cupcake games". Bookmakers have both teams favored by three touchdowns or more. The FCS also gets in on the action as Maine is favored over Sacred Heart by two touchdowns.

Betting on these games can be nerve-wracking, as you never know if a coach will take his foot off the gas or keep scoring to send a message to every team watching.

That is why our daily sports betting preview is looking elsewhere.

Baseball is a beauty to bet because of the number of games played. Betting lines seem to increase by the hundreds during the summer, leaving many in great situations to make a quick buck. But as the season dwindles down to the last month, some of the teams at the top are fighting for their playoff lives, putting more and more importance on each game.

Tonight, we have two MLB games in this exact situation. Comfortably in the playoffs as the AL East winner, the New York Yankees play host to the Oakland A’s tonight at 7:05 p.m. EST.

The A's have control of the second Wildcard position but are only one game up on the Tampa Bay Rays. Last week, the A’s beat the Yankees every game during the teams’ three-game series and look to do the same in their only other meeting of the season.

But the Yanks have won the last four and are favored to win the series (-210) over the Athletics (+180). As for the game tonight, the odds are not so drastic, as the Yankees to win on the run line of -1.5 (+134) provides an incentive to take the bait. If bettors are scared of that 2-run requirement, taking the moneyline for the Yankees (-136) also seems like a good option.

While the A’s are looking for their victory, they will also hope to gather a bigger buffer between the Rays or move closer to the first wild card spot held by the Cleveland Indians. As luck would have it, the Rays face off against the Indians in Tampa tonight at 7:10 p.m. EST.

The Rays are sure to bring one heck of a crowd, as this three-game series provides daily promotions from $7.11 tickets to free tote bags. Still, the Rays aren’t receiving the hometown love from oddsmakers at US sportsbooks, as the Rays (+110) are the underdogs against the Indians (-130) to win the series.

For the game tonight, the over/under (8 runs) is one of the lowest for the MLB’s 15-game daily schedule. While it’s a tough call to make, keep in mind the Indians (removing Sunday’s 9-8 loss to the Kansas City Royals), have only allowed 13 runs in the past eight games. Meanwhile, the Rays have been all over the place but have seen a combined run total over 8 or higher in 10 of the last 11 games.

With All-Star pitcher Shane Bieber (12-6, 3.23 ERA) taking the mound for the Indians (-140), the Rays (+130) will look to prove their playoff aspirations. Public money has been taking the under, but we believe the safer bet is taking the over on the Indians run total (4.5).

Aside from MLB games, the US Open continues its action in New York and two countries are having a battle of countrywomen.

For the American side of things, Madison Keys (-170) is taking on Sofia Kenin (+150). The women have battled twice this year, splitting the victories. Both of these victories came with over 21.5 games played – which is what the Keys-Kenin game over/under is set at.

Keys (-3) may find it difficult to win her game line if she has to play a tiebreaker or gives up a set to Kenin. In this case, Kenin (+3) may be the safer play, with the opportunity to hedge, middle, or double down during live betting.

During the same time but over at Louis Armstrong Stadium, Ukrainian World Number 5 Elina Svitolina is taking on her hometown rival in Dayana Yastremska. Both of these ladies were born in Odessa, Ukraine, but Svitolina’s age and experience have her as the favorite.

Yastremska (+165) is a top-35 player, but Svitolina (-195) should be able to easily work around her. The two have never met in competition before, and the focus will be on Yastremska’s service games as well as Svitolina’s competitive returning spirit.

Don’t be surprised to see Svitolina (-3.5) drop a set here, but at the same time, expect to see Svitolina break Yastremska at least twice in one set. You better believe Svitolina wants to advance into the Fourth Round – where she has lost her last two appearances at the US Open.

Both of these tennis matches will be broadcasted on ESPN2.