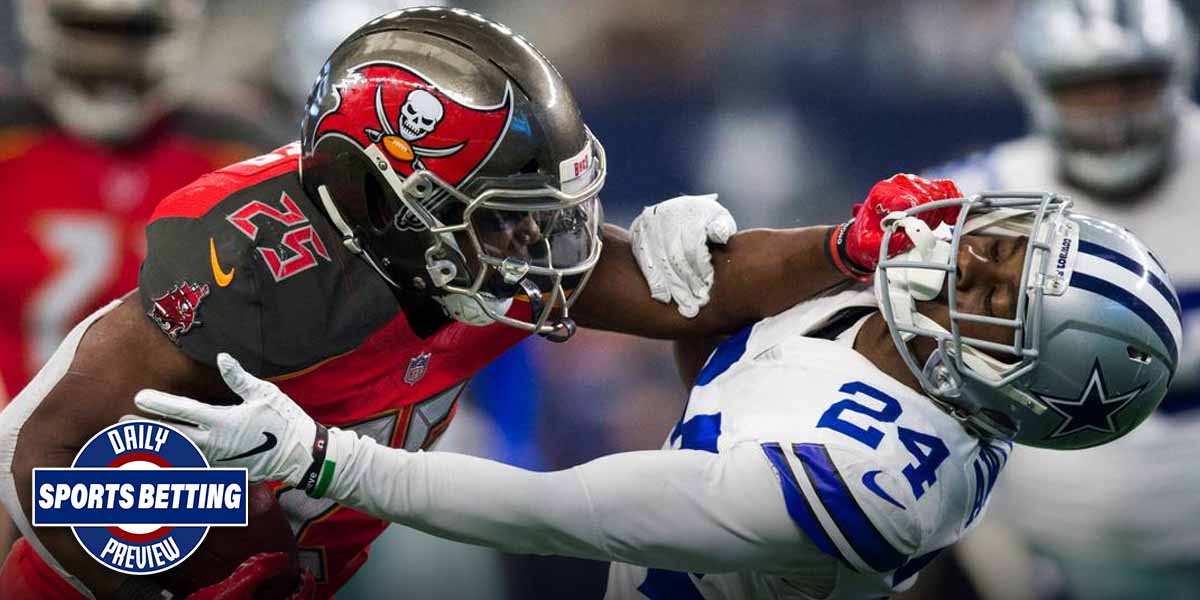 TAMPA – The NFL season is back with the defending Super Bowl champions taking on America’s team. Plus, Thursday brings more MLB and US Open action.

The first game of the 2021 NFL season is between the Tampa Bay Buccaneers and the Dallas Cowboys. Online sportsbooks have had months to come up with the most accurate betting lines for this game, but it seems as if there’s one line that has slipped through the cracks.

Scotty Miller was Tampa Bay’s No. 4 receiver last year and compiled 33 receptions for 501 yards. He managed at least 10 yards in 10 of the 16 regular-season games and averaged 15.2 yards per reception on the year. Tom Brady has a reputation for spreading the ball between his receivers, meaning Miller should get his chance to have at least one reception or two during the game. The kickoff is set for Thursday at 8:20 p.m. EST and can be viewed on the NBC Network.

The Los Angeles Dodgers are currently tied with the second-best record in the MLB and have the highest run differential in the league as the only team to allow less than 500 runs to this point. When they face off against the St. Louis Cardinals, MLB betting sites may have the Dodgers undervalued with the lines that have been set.

Los Angeles has the edge on the mound as Tony Gonsolin (2-1, 2.78 ERA, 1.46 WHIP) will face Jake Woodford (2-3, 4.47 ERA, 1.40 WHIP) and also have a stronger presence at the plate. The Dodgers have been one of the more consistent teams in the batter’s box this season, ranking top five in BA, OBP, SLG, wOBA and wRC+ on the year while the Cardinals are not even in the top 10 of any of these categories.

Leylah Annie Fernandez has had a magical run at the US Open as a 19-year-old. She has beaten Naomi Osaka, Angelique Kerber, and Elina Svitolina but will now have her toughest matchup yet in Aryna Sabalenka. Those familiar with betting on tennis will know Sabalenka is one of the most dominant tennis players in the world.

Fernandez’s run is bound to end at some point and this seems to be that time. Sabalenka, despite having the same spread advantage as Novak Djokovic in his semifinal match, is -315 on the moneyline compared to Djokovic’s -245. A similar case could’ve been made against Fernandez in each of her last two rounds, so it is possible this isn’t some lucky run, but Sabalenka is truly on a different level.