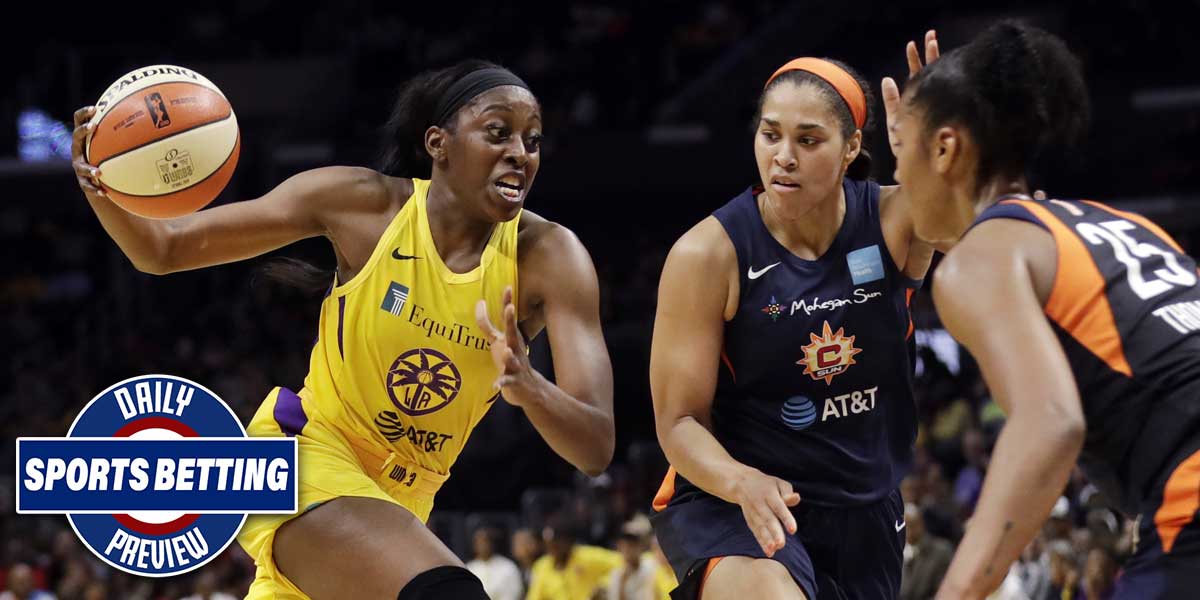 TALLAHASSEE, Fla. – Today’s betting action comes on the ladies’ side of things.

While there are plenty of MLB games available getting into the heart of the playoff picture and the men’s FIBA basketball semifinals tipped off in the early morning today, the WNBA is entering its first round of the playoffs.

Here, we have two games that begin the playoffs tonight and also see two teams exit their one-game playoff run. As tonight is a winner moves on but loser goes home contest, you can be certain the stakes are high both on the odds board and on the court.

Odds To Win The WNBA Championship

Because the first two rounds are in a winner take all format and the fact that the bracket adjusts itself based on the highest and lowest seeds always playing each other, the teams who are playing tonight are at a severe disadvantage.

Taking a flier on one of the four teams playing tonight may be worth the risk, as the odds at USA online sportsbooks have them at +5000 or higher, making for an easy hedging opportunity later in the playoffs.

Though their teams have changed drastically, the Minnesota Lynx and Settle Storm are the 2018 and 2019 WNBA Champions, respectively. Having been in six of the last eight WNBA Finals, the Lynx could be worth the crazy-high odds.

Also, if you believe in trends or superstition, the Lynx have won every WNBA Finals that took place on an odd-numbered year since 2011.

This line has seen major changes since its opening, as the majority of money continues to flood the Sky’s side of the action. The Sky opened at -200 on many sports betting sites and are still receiving two-thirds of the action on the spread even after the line’s movement.

Opening at 167.5, the total-points projection has also increased by a sizeable amount.

A high scoring affair is typical with the Mercury, who have allowed 80.05 points per game in their last 17 games – 11 of which have been losses. Still, Brittney Griner is the face of the Mercury and could pose a threat to the Sky, despite their impressive 12-5 home record.

This game has remained quite still as far as the moneyline and spread are concerned; however, bettors have moved the over/under by a few possessions. Opening at 146.5, the over/under line on this WNBA game created a nice middling opportunity for some bettors that took advantage early.

These teams have the same record (18-16) and were surprisingly both 18-15-1 against the spread this year. Regardless, the 6-seed Storm plays host to the 7-seed Lynx, who have met four times earlier this year.

While the Lynx and Storm battled it out during the second game of the year (with the Lynx winning in Minnesota by 11), the focus will be on the games played in Seattle. In those two battles, the Storm won both times by seven points early in the season and eight points less than a month ago.

The Storm has won their previous three of their previous four games, but in their last six games at home since the beginning of August, they hold a 3-3 record. On the other side, the Lynx lost their last matchup, ending their five-game win streak but have yet to see much success on the road no matter where they played. The Lynx have played eight games on the road since the beginning of August but have only come away with three victories.