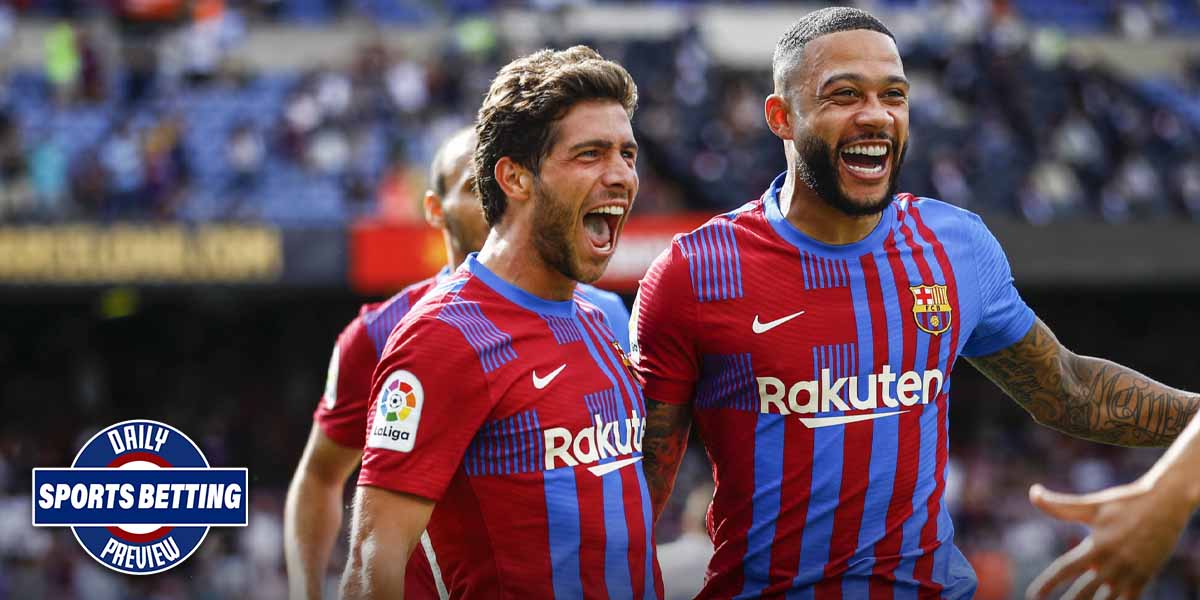 LAS VEGAS - The first matchday of the Champions League group stage is on Tuesday and two world powers will meet right away. Also, the MLB continues to wind down, while the third week of Dana White’s Contender Series is happening as well.

FC Barcelona and Bayern Munich will meet on the first day of the Champions League group stage on Tuesday afternoon. Barcelona will be taking the stage without Lionel Messi but will have the advantage of playing at home. However, online sportsbooks still favor the German squad by a decent margin.

Barcelona is still trying to figure out their identity in the post-Messi era while Bayern is currently clicking on every level, winning each of their last five matches and outsourcing opponents 27-4 in doing so. Those betting on soccer may find the -105 line pretty steep considering it’s against FC Barcelona, but it has a betting value at the same time.

The match is set to start at 3 p.m. EST and will be aired on Paramount+.

The San Francisco Giants clinched a playoff spot yesterday, marking the first team to do so this season, but shouldn’t be slowing down by any means. With Anthony DeSclafani (11-6, 3.33 ERA, 1.12 WHIP) on the mound, the San Diego Padres could struggle at the plate.

The Padres are one of the worst teams at the plate recently, ranking last in SLG (.343) and BA (.206) as well as second-to-last in wOBA (.280) and wRC+ (76) over the last month. MLB betting sites have the total set a bit low, but the matchup is favorable enough for DeSclafani that the Padres could still go UNDER this number.

The first pitch is scheduled for 9:45 p.m. EST and will be broadcast on MLB.TV.

Nasrudin Nasrudinov and Jailton Junior will take part in the main event for Week 3 of Dana White’s Contender Series on Tuesday. Nasrudinov has had an impressive career on the lower promotions and is likely the reason why he’s labeled as a favorite by sportsbooks.

Junior has a size advantage of about three inches in height and 10+ pounds in weight as Nasrudinov may not be a true light heavyweight. Junior is also objectively the better wrestler. With a significant size advantage, Junior should be able to bring the fight to the ground and look for submissions, if not to just tally up the control time. The underdog may have a shot in this one.