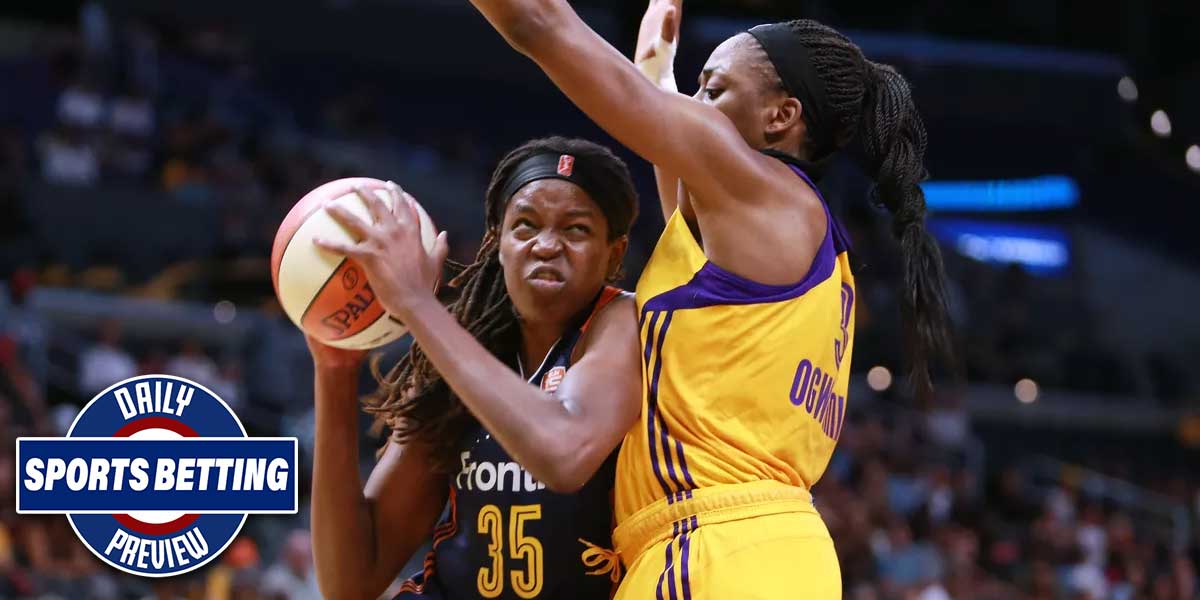 TALLAHASSEE, Fla. – The WNBA Playoffs are in full swing, as Game 2 of the semifinals begin tonight.

Both the 1-seed and 2-seed are up a game against their opponents, and with another matchup on the favorites’ homecourt, oddsmakers are expecting the teams to take a two-game lead.

After tonight’s doubleheader, Game 3 for both series will be played on Sunday, September 22.

Oddsmakers at US sportsbooks can’t seem to determine who will advance past this stage, as the Sun (-1.5) are just favored over the Sparks.

With a strong defensive play from forwards Alyssa Thomas and Jonquel Jones, the Suns held the Sparks to just 75 points in Game 1.

Thomas recorded a double-double with 22 points and 10 rebounds, but her four steals is what helped give the Sun the nine-point advantage. Likewise, Jones was all over the court, posting a 16-point and 7-rebound game, while also having three blocks to go along with her impressive game.

The over/under for the Sparks-Sun game is set at 162 points – only three points higher than the Game 1 total.

If the Sparks want to avoid playing in an elimination game during Game 3, they will need another solid performance from Nneka Ogwumike. The Sparks’ forward showed out, with a 20-10 game but had five costly turnovers as well.

The Mystics have been in control this entire season and snuck out a Game 1 victory against the Aces 97-95 on Washington’s home court.

Game 2 returns to the Entertainment & Sports Arena, where the Mystics (-10) come in as huge favorites, despite their one-possession game played on Tuesday.

This comes as no surprise, as players such as Elena Delle Donne, Emma Meesseman, and LaToya Sanders did what they had to do in order to get the victory last game.

Delle Donne threw down 24 points to go along with six rebounds and six blocks. She also recorded both a steal and a block as well. Meesseman proved none of the Aces’ forwards could compete with her, as she posted a 27-10 game off of 12/18 shooting.

These two proved their scoring abilities, which may be why the over/under for the Aces-Mystics game is 176.5 points – much higher than the aforementioned game.

Still, with play from Sanders – the force that stopped everything brought her way with five steals and three blocks in Game 1 – the under may be the better route for bettors.

As for the Aces, they will rely heavily on center Liz Cambage. With back-to-back double-doubles in the playoffs thus far, Cambage is the only piece that can put a stop to the very talented frontcourt of the Mystics.