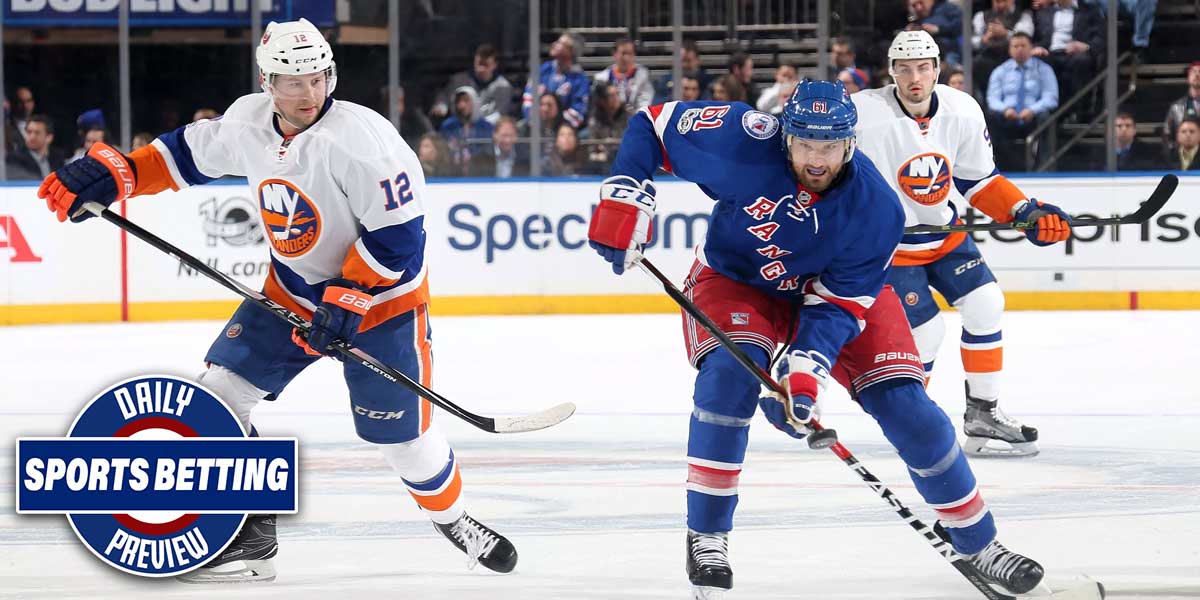 NEW YORK – The New York Rangers and the New York Islanders are set to face off in the first of three meetings the teams will have before the end of January. The New York rivals will clash on January 13, January 16, and January 21, in games that could decide the course of both their seasons.

The Rangers have had a middling season thus far, with a record of 21-19-4. At this point in the season, most eyes are on the Rangers goalie situation, with the Rangers suffering from success in a way. The Rangers have three high-quality goalies, starting with the famed Henrik Lundqvist, a household name in New York for over a decade.

Lundqvist is joined by a pair of young Russian goalies in Alexandar Georgiev and Igor Shesterkin. Shesterkin was drafted by the Rangers in 2014 and has been seen as the heir apparent to the aging Lundqvist, but Georgiev, a player with less pedigree, has played his way into contention for the job as well.

Shesterkin was recently called up from the AHL, effectively the NHL minor leagues, and his appearance on the scene in the NHL has been a source of excitement for Rangers fans, as Shesterkin has not lost in the two games he has played and has been excellent in those games.

Shesterkin is swiftly becoming a fan favorite in New York, as his performances are igniting a team and fanbase that sorely needed it.

When I asked Igor Shesterkin what it feels like to hear the MSG crowd chant his name, his face lit up.

"I get chills when I hear it. It's an amazing feeling."#NYR #NHL #PlayLikeANewYorker

The Rangers also excel at home, 4-0 in their last four home games, and 12-8-2 overall at home – they’re a bit above average at home and a bit below average on the road.

The Islanders are not exactly skidding, but not exactly moving upward either. A 4-4-2 record in their last ten games has them with an overall record of 27-12-4 on the season. There does appear to be a notable but small gap in performance between their home and road records – they’re a little worse on the road.

The Islanders' road record is 13-7-1, where at home they are 14-5-3. While this is technically a road game, and Rangers fans will likely be the predominant fanbase in attendance, it remains to be seen whether or not the Islanders will treat it like one.

The big story for the Islanders currently is their struggle to generate power plays, or, to put it another way, Islanders coach Barry Trotz  opined that:

“We’ve had to rely on our five-on-five, [Scoring] is coming up a little hard for us.”

The Islanders are last in the league by a colossal margin in terms of power-play opportunities. Their 95 chances are a full 26 lower than the next lowest, the Anaheim Ducks at 121. However, this could be a matchup that starts swinging the Islanders in the other direction with regards to this stat – the Rangers have given up the most power plays in the league.

The Islanders enter the game as -130 favorites on the money line, and on the puck line, they have +185 on -1.5. Reading between the lines, one can discern that while online sportsbooks think that they are favored overall, they aren’t favored by a huge margin, with the Rangers +1.5 being a -225 favorite on the puck line.

The Islanders have some conflicting trends that are worth highlighting here. On the one hand, the Islanders are 6-2 in their last eight road games, but on the other, they’re overall worse on the road for the season.

The Islanders' recent period of play has produced some poor results when they are favored: they are 1-5 in their last 6 games as a favorite.

The Battle of New York kicks off at 7 p.m. EST. and will be broadcasted on the Madison Square Garden network.