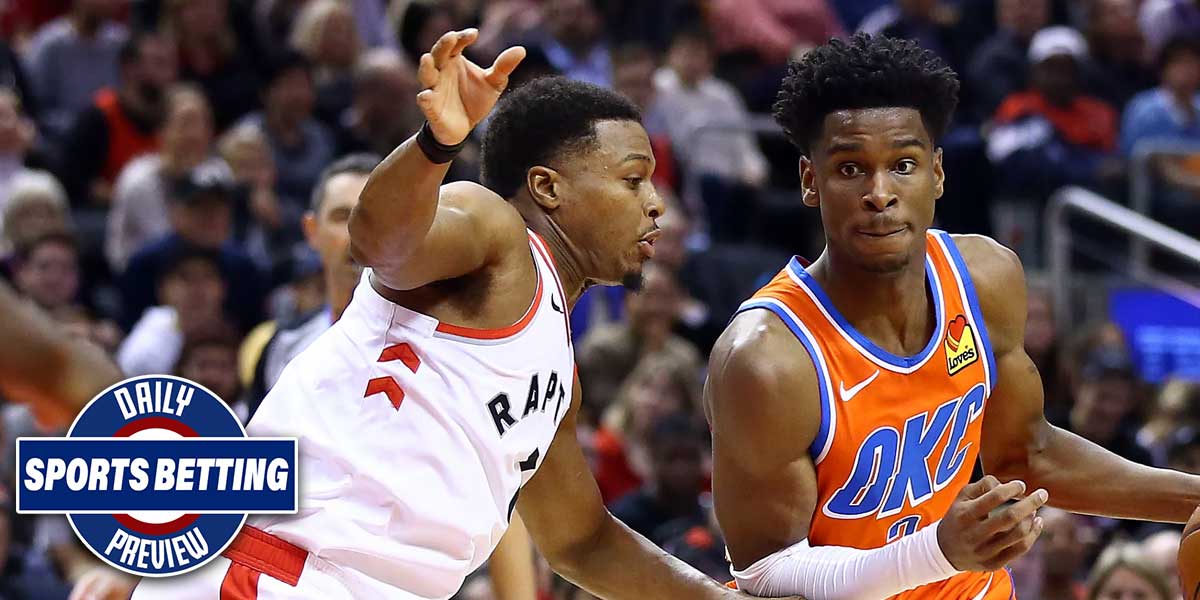 OKLAHOMA CITY – Two teams that lost stars to the Los Angeles Clippers in the offseason are set to square off in Oklahoma City tonight.

The Oklahoma City Thunder and the Toronto Raptors are both significantly different teams from what they were last year.

For Oklahoma City, Paul George’s trade request sent the team on a radically different trajectory than they expected to be on. The trade that sent George to the Los Angeles Clippers yielded incredible returns for the Thunder – a young star in Shai Gilgeous-Alexander, as well as an astronomical amount of first-round draft picks.

The Thunder came into this year expecting to be a seller at the trade deadline, and without much obvious cohesion on their roster. Instead, they’re 23-17, cruising towards a playoff berth in the Western Conference.

Gilgeous-Alexander specifically has been nothing short of a revelation, and the Thunder are coming off of a 117-104 win over the Minnesota Timberwolves in which the young guard dominated the stat sheet, putting up 20 points, 20 rebounds and 10 assists. It has gotten to the point that assuming that Thunder GM Sam Presti knows more than you might just be a good idea when trading with the Thunder.

if Sam Presti calls you asking to trade for one of your young players hang up immediately and sign him to an extension or call the police. https://t.co/gFLmRQQecN

The whole team has performed admirably, and Toronto sits in the fourth spot in the Eastern Conference, looking hungrily upwards at Boston and Miami, who are both only two games ahead of Toronto in the wins column.

Oklahoma City enters the game as a favorite at home, by 1.5 points, after opening as a two-point favorite. As with many surprisingly good teams, they have been quite good against the spread so far this season –not just to NBA observers, but to oddsmakers as well.

Oklahoma City has been on a roll, both on the court and against the spread, and their run of good form will have to continue in order to defeat this tough Raptors team tonight.

Toronto, of course, enters this game the underdog, by 1.5. On the money line, you can get even odds on them winning the game. Toronto has been a surprise this season, but not, apparently to the degree that Oklahoma City has been, at least to oddsmakers.

Sports bettors would be wise to keep an eye on possible parlays – one that has been discussed in this column previously is the idea of parlaying Kyle Lowry over 5 assist with the Raptors money line if you think they will win, as Lowry’s consistency in reaching this mark is incredible – he still hasn’t had a game below 5 assists this season.

This game looks to be one of the most competitive games tonight, and as such will have many eyes on it. For fans of the game as well as sports bettors, this is the game to watch.