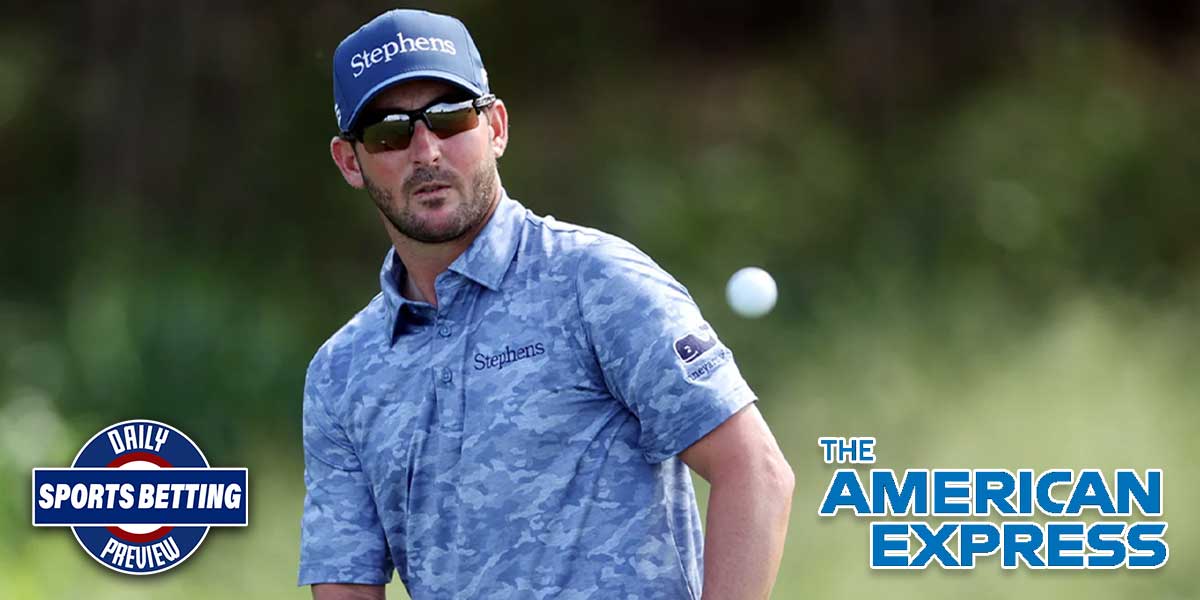 Today’s Preview kicks off with a look at The American Express, which boasts a field of some of the bet golfers in the world.

Then, in the Premier League, Liverpool faces off against Burnley. Finally, the Preview takes a look at one of the most intriguing hockey bets on the board - the Grand Salami.

Tony Finau often finds himself atop PGA odds boards, and it is no surprise to find him leading the pack in this three ball bet.

However, Matthew Wolff is not far behind him, and is clearly eating into Finau’s odds as the favorite.

Kevin Na is not being given a decent chance of winning this three ball wager, as the other two golfers in the pod are much more reliable performers than he is.

Patrick Reed comes out on top in this three ball wager in a way that is genuinely rare - as an odds on favorite.

Reed’s -110 odds are some of the most prohibitive odds available on any three ball matchup from today’s betting slate.

That said, he seems very liable to deliver results, as Gary Woodland and Andrew Landry are not genuine threats to his dominance.

Golf betting enthusiasts may not love laying favorites in three ball wagering, but -110 odds on Reed genuinely aren’t too bad.

As the 11th ranked golfer in the world, he far outstrips Woodland, who is 40th, and Andrew Landry, who won this event ast year.

Landry might be a good wager for those who want to get decent returns, as he has had stellar results in the last two editions of this tournament.

Liverpool have fallen to fourth place in the Premier League, although the rankings at the top of the table are nebulous right now.

There are a lot of teams in contention to win the league, and very few points separating those teams. However, Liverpool are in danger of falling out of the pack if they don’t pick up a win today.

Their last four Premier League games have resulted in three draws and a loss, and they now sit six points back of league leading Manchester United. A win today can snap their four game league winless streak, but more importantly, get them up to 37 points in the league, and back in serious contention.

They have quite a good shot at getting that needed win against Burnley.

On the three way moneyline, Liverpool’s odds are already nearly prohibitive, at -450, and it’s not hard to see why.

Burnley has a record of four wins, four draws and nine losses, and sits just outside of the relegation zone.

They are one of the weakest opponents in the Premier League, and in theory they are a great team for Liverpool to play when they need to get back on track.

Note that even if Burnley take a loss in this matchup, they are still not yet at risk of falling into the relegation zone, as the teams at the bottom of the PL have been so terrible this season.

Overall, the one thing that should give pause to Liverpool bettors is their run of poor form as of late - three draws and a loss means they’ve had the worst last four games of any top-end team.

Even Arsenal, in that timespan, has racked up three wins and a draw, with no losses whatsoever.

Soccer betting enthusiasts are presented with what seems to be a sure thing - before the season, if they were asked, they’d take these odds for sure.

However, Liverpool’s current form throws a wrench into this wager - and Burnley, as woeful as they are, could take advantage.

The Grand Salami is a fun wager that is often available to hockey betting enthusiasts at many sportsbooks around the world.

The basic gist of the bet is that it’s a wager on the total number of goals scored across all games in the NHL on a given night.

For Thursday, the O/U for total goals in the NHL (AKA the Grand Salami bet), is set at 35.5 goals.

There are six matchups in the NHL today, and each of them has an O/U line as well, which can be informative when betting on the Grand Salami

When adding all of these together, if one views the O/U lines as a projection, teams are projected to score around 34.5 goals tonight.

This means that the Grand Salami is set such that there might be an advantage to hitting the Under today. However, if there is such an advantage, it is likely a small one - and could be upset easily.

All it would take is all of the games meeting their projections and one going a little bit over to put this wager in jeopardy.

Even when the NHL odds suggest that something might be a good bet to take, that doesn’t necessarily make that wager guaranteed.

In this case, the value might be with the Under, but there’s plenty of risk to hockey betting fans as well.