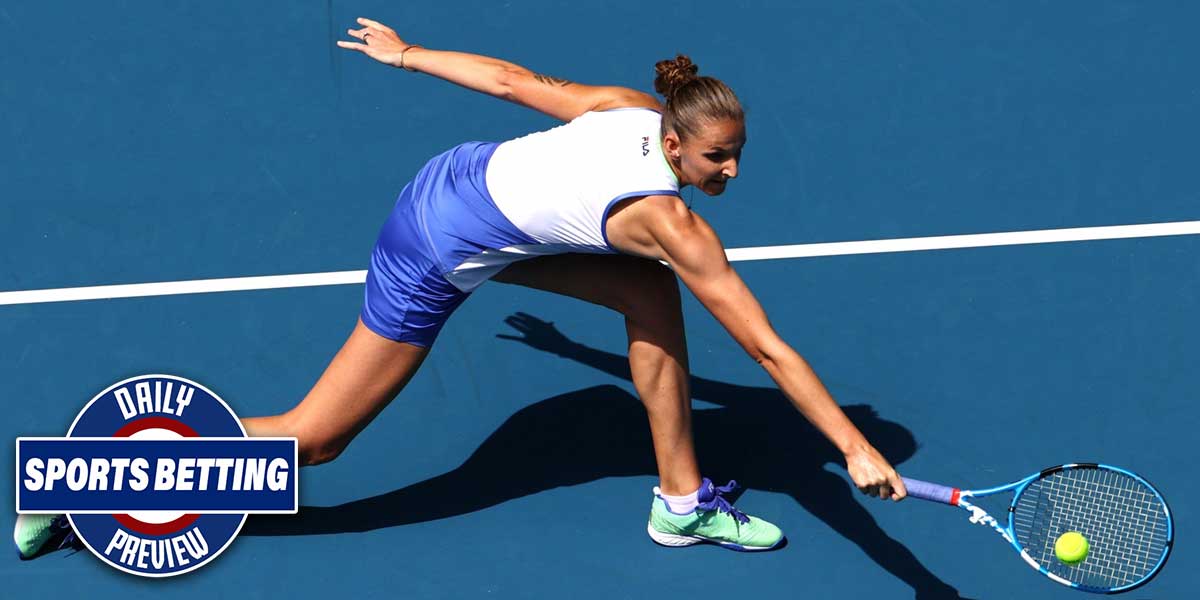 MELBOURNE, Australia – The Australian Open continues tonight for American sports bettors, as the time zone difference means that it returns at 7 PM Eastern Standard Time. The Open is flush with betting opportunities, from betting on a match to live betting after a favorite loses the first set, to betting on winners.

Given the large amount of sports betting opportunities and the relative brevity of each Daily Sports Betting Preview, only one of the many matches is truly worth highlighting. However, sports bettors are well advised to do their own research and make the most of every opportunity, not just the ones highlighted here.

This also implies that one could focus on Tennis beyond the grand slam tournaments, and get into the smaller tournaments as well.

This match looks to be one of the best that is available to us as viewers and bettors, especially of the early matches, which start at 7 p.m EST. Schwartzman is the 14th ranked professional Men’s tennis player in the world, while Lajovic clocks in at 27th.

Schwartzman has earned over seven million dollars in his career which has peaked in recent years. The Argentinian has won three singles titles in his career, which, like most, started off rocky but then began to pick up. Two of those titles come in the last three years, and all of them come in the last five.

Schwartzman is 1-3 in matches this year, and the more wins he puts on his resume the better for him. He is fresh off of a defeat of Alejandro Davidovich Fokina.

Lajovic, meanwhile, has won one singles title in his career, and over five million dollars. He enters as the 27th ranked player in the world, and an upset of Schwartzman here could catapult him upwards in the rankings which is obviously good for his career.

Lajovic has never reached beyond the ’20s in the rankings, with his peak rank coming in 2019 at 23. Lajovic is the second-highest ranked Serbian player, behind, of course, Novak Djokovic. He has won his two matches so far in the Australian Open in straight sets, demonstrating dominance over Kyle Edmund and Marc Polmans.

Schwartzman enters as a -5.0 (-105) favorite, while Lajovic clocks in with +5.0 (-125), demonstrating some movement in the lines since they opened. On the moneyline, Schwartzman is a significant -305 favorite to win outright, while Lajovic has +240 odds for the same.

The over/under for the game is set at 38, representing the idea that the match will be close enough to continue for some time.

In Tennis sports betting, the over/under refers to the number of games that will be played before the match is decided, and 38 is a fairly large number, representing the idea that the online sportsbooks think this could be a close, hard-fought match, with each side taking multiple sets and games.