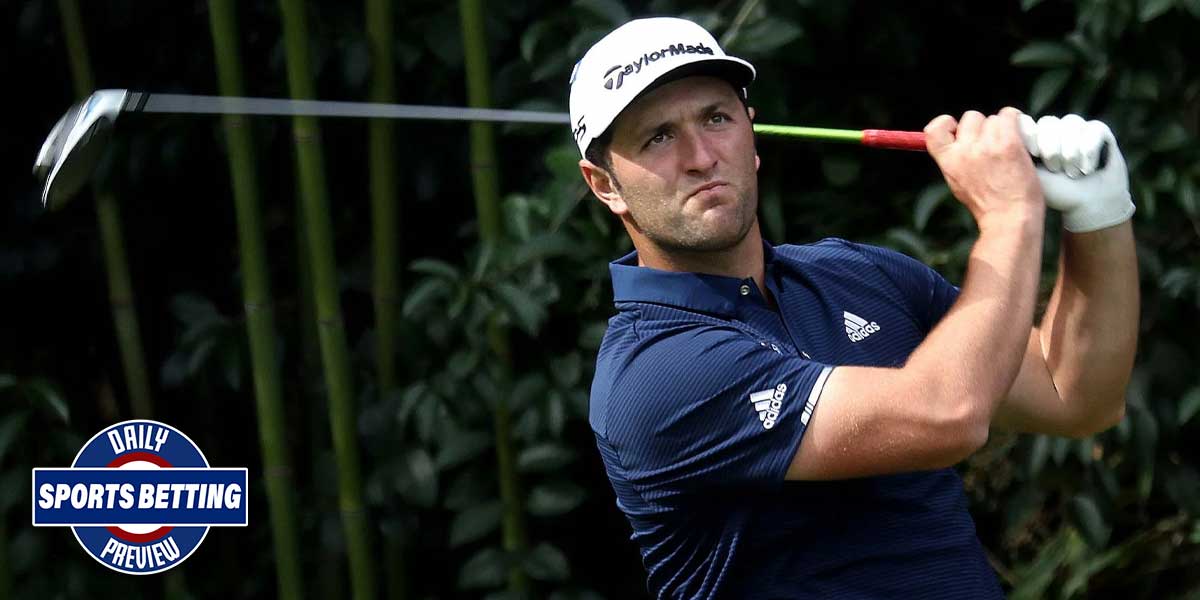 To kick things off, the Preview takes a look at PGA odds for the Farmers Insurance Open. Then, the number one team in the nation sees action as Gonzaga battles San Diego.

The Farmers Insurance Open features some of the best golfers in the world. Here’s what the top 5 looks like, according to the odds boards:

Jon Rahm is regarded as the favorite to come out of this tournament the winner, and has been one of the very best golfers in the world over the past year.

His closest competition in this tournament comes in the form of Rory McIlroy, Xander Schauffele and Tony Finau.

Intriguingly, each of these matchups moves by a roughly similar amount. Rahm is -135 against McIlroy, -155 against Schauffele and -175 against Finau. Meanwhile, because of the vig, the odds on the opponent go up by 15 points each time, with McIlroy at +105, Schauffele at +120, and Finau at +135.

The sportsbooks are assuming a linear correlation in skill here, which may not be true at all, and could be a solid moneymaking opportunity for bettors who feel differently.

In addition to taking these futures odds, golf betting enthusiasts can wager on live lines for these matchups at the online sportsbooks.

Gonzaga seems to be, at this point, the clear number one team in the country. The Bulldogs are 15-0, and look to go to 16-0 in a game against San Diego.

They are, obviously, very favored.

Gonzaga may be the best team in the country, but the sportsbooks have had them pegged pretty well this season.

The Bulldogs have a 7-7-1 record against the spread entering this matchup. They have only played two games on the road, winning both, but failing to cover. In effect, they’re suffering from success - the sportsbooks know exactly how good they are.

San Diego has played eight games, and lost six of them. They’ve covered the spread in four of those eight games.

Gonzaga has not seen much success covering these very large spreads against very bad teams this season. In their last six games against teams with winning percentages under .400, they’ve only covered the spread once.

In addition, they’re 1-3-1 on the spread in their last five games coming into this matchup.

There’s no doubt that Gonzaga could cover, but the oddsmakers have gotten very good at putting the spread in a zone that is hard to get an edge on.

College basketball bettors will have to find a good reason to take Gonzaga on a spread of this magnitude, however.

Tottenham’s quest for Premier League glory has reached the point that it seems to reach at some point in every season - sixth place.

They’re set to go up against fifth-place Liverpool in an attempt to vault past them on the standings, and catapult themselves into fourth place with a win.

A draw leaves them exactly where they are, in sixth, while a loss, obviously, does the same. From Liverpool’s side, the math is almost exactly the same - both teams need to win games like this if they want to make serious title pushes.

Tottenham vs. Liverpool - First Half - No Draw

This makes wagering on Tottenham to win the first half fairly enticing, as they have such a proven track record of first-half performance.

However, Tottenham has an extremely poor record of actually beating Liverpool, winning only one of their last six matches against the Reds.

Soccer betting fans could attempt to thread the needle by taking Tottenham to win the first half and Liverpool to win the game.

There are plenty of other permutations of this kind of wager that can be explored at the online sportsbooks.