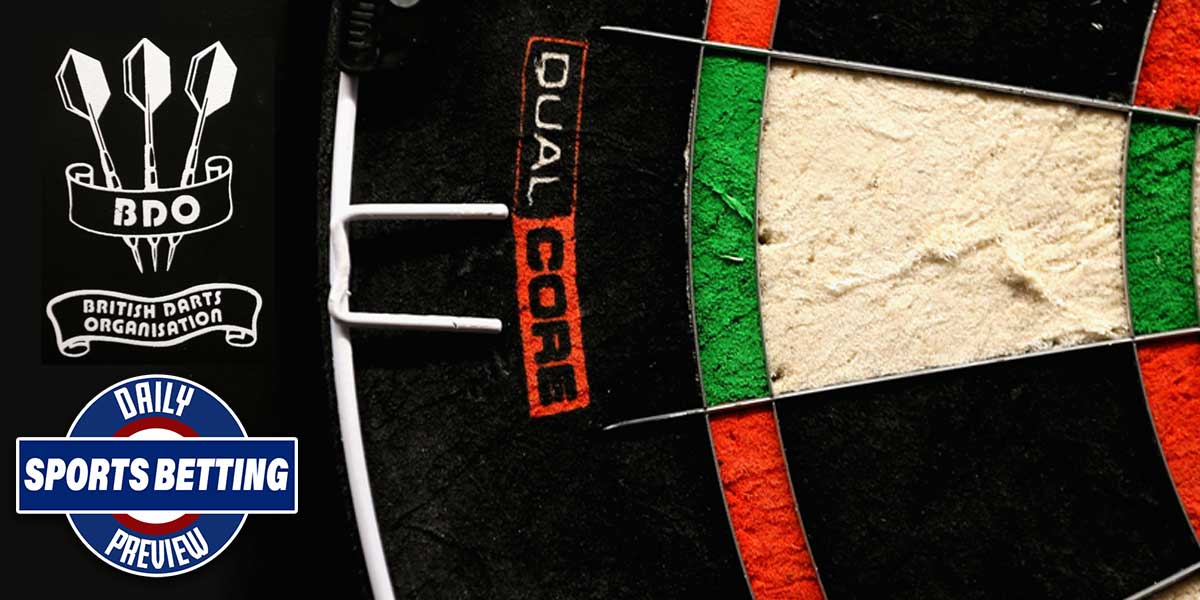 LONDON – The BDO World Darts Championship is currently underway in London, England, and sports bettors would be wise to take notice. Often, smaller events such as this are good for sports bettors, as oddsmakers will not have the same wealth of information about smaller events that they do for larger ones, such as the Super Bowl or the College Football Playoff.

This current tournament has been marred by controversy. For, the BDO World Championship took place at Lakeside Country Club, with the Club even sponsoring the event for over 15 years. This year, it has been moved The Indigo at The O2, which normally plays host to musical acts and other entertainment proceedings.

The change in venue has resulted in a change in costs to the fans who would want to watch the BDO World Championship. This, in turn, led to poor attendance from those fans, and poor attendance means poor gate sales, which negatively impacted the prize pool available for the competitors.

This resulted in high profile competitors, such as Fallon Sherrock, famous for being the first woman to beat multiple men in high-level darts tournaments, and Martin Adams, a three-time world champion, to withdraw from the competition, and this has shaken up the bracket to a degree.

Sports bettors, however, need not fear. USAOnlinesportsbooks.com is here to break down the afternoon matches.

Scott Waites enters this match a mild underdog according to several online sportsbooks, but a large favorite if one looks at the respective resumes of the players involved. The two-time BDO champion, most recently winning the tournament in 2016, has +100 odds on the nose to defeat Wesley Harms.

Harms, hailing from The Netherlands, has competed in the BDO since 2012, but has never made it past the Semi-Finals, and has not made it past the Quarter Finals since 2016. Harms has -137 odds to win, making him a marginal but significant favorite in this match.

The match takes place at 2:00 p.m. EST, and matches can be viewed on YouTube, as well as through various broadcast partners.

The odds for this match, as well as the players involved, suggest a highly competitive scenario. Scott Mitchell, the 2015 BDO world champion, enters with the shorter odds by a slim margin, with -125. Michael Unterbuchner, currently ranked fifth in the world by the BDO, is coming off two straight BDO World Championship Semi-Finals appearances and enters with odds of -110.

This looks to be a spectacular match, with incredibly even odds, and incredibly talented players. The match takes place at 3:30 p.m. EST., and matches can also be viewed on YouTube, as well as through broadcast partners of the BDO.