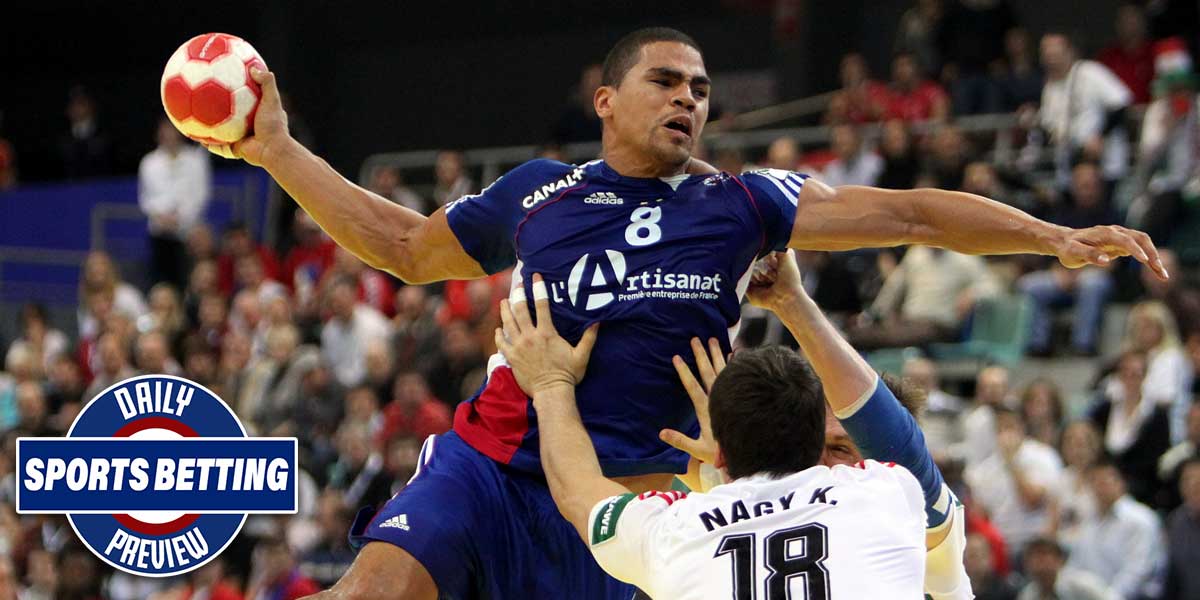 GRAZ, Austria – The first matches of the European Handball Federation European Championships take place on Thursday. The tournament will run from Jan. 9 through Jan. 26, and at the end one country's finest players will be crowned the champions of European men’s handball.

The four opening games feature plenty of wagering opportunities and some of the continent's elite will be on center stage. Sports bettors, as always, can't lose sight of niche sports such as handball where the lines might be a bit softer.

The first match of the day kicks off at 12:15 p.m. EST. and features two teams who have appeared in the tournament six times each, Belarus and Serbia. The European Championship takes place every two years, and both of these teams have made the last four iterations, including this one.

Match 2: Germany vs. The Netherlands

The odds here should come as no surprise. Germany is a massive favorite on both the spread and the money line. On the spread, they’re -7.5 goals, with the over/under set at 55. On the money line, Germany is -4000 to win, while The Netherlands is +1500 and a draw is +2000. This should be an easy wager for any sports bettor.

Croatia is a fixture of European Men’s Handball as well, having made the tournament fourteen times, which is the most anyone can qualify for it - this is the fourteenth iteration of the tournament. They face off against Montenegro, in Montenegro’s fifth appearance in the big show.

Unsurprisingly, Croatia is the notable favorite, by 6 goals with an over/under of 54. On the money line, they are listed at -1000 betting odds, while Montenegro is +900 and a draw is +1500. Betting on Croatia seems to be a safer choice, given their history in the tournament and the confidence that online US sportsbooks are giving them.

Our last game of the day is by far the most lopsided, according to oddsmakers. Spain is the defending champion of the tournament and the reigning kings of Europe. They are set to take on Latvia, who has never made the tournament at all. A trial by fire for the first time tournament participants, this is a game that everyone expects Spain to dominate.

The odds, of course, reflect this. Spain is a 10.5 goal favorite in a game with an over/under of 55. On the money line, they’re a whopping -10000. Latvia, meanwhile, checks in with odds of +2300, barely outpacing the odds for a draw, which are +2500. If Spain plays remotely close to the way they did in the 2018 tournament, look for them to fly past Latvia.