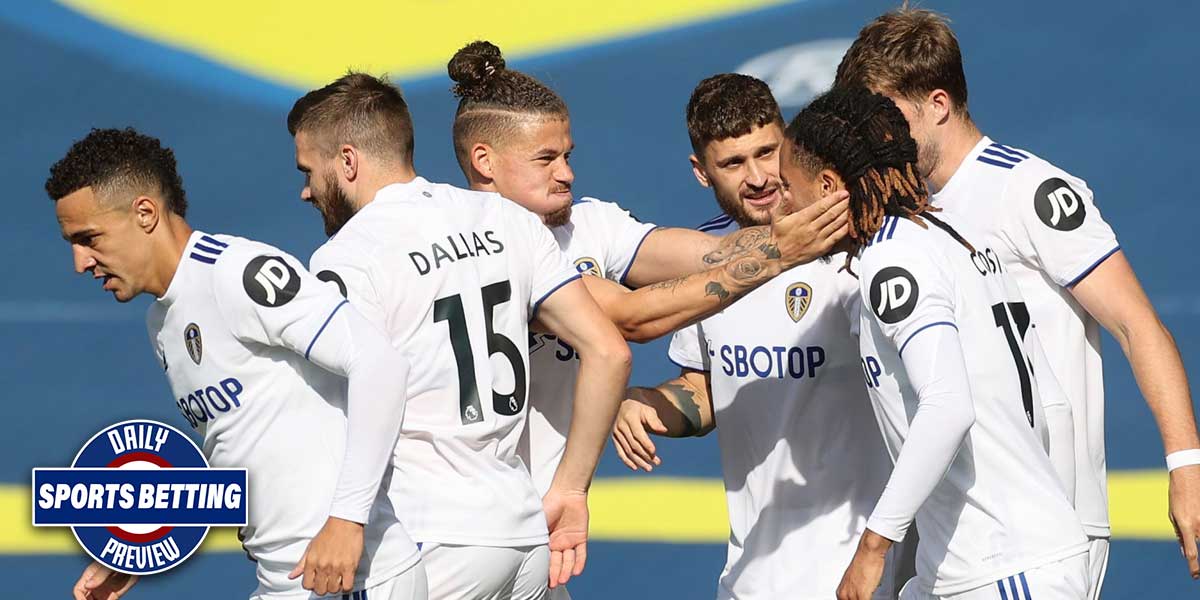 First, in the Premier League, Leeds United take on Wolverhampton Wanderers and are slight favorites. Then, in the Rainbow Six European League, BDS Esport takes on Virtus.pro. Finally, in the MLS, the New England Revolution battle the Philadelphia Union.

It’s worth noting, of course, that only a few games have happened so far this season, meaning the standings are an exercise in low sample size theater.

Leeds United are currently enjoying their first season back in the Premier League in a while, while Wolves are coming off of a great campaign last season.

For this reason, it is interesting to note that Leeds are favored in this matchup

The first aspect of these soccer betting odds that sticks out is that the three-way moneyline has no outright favorite. All of the outcomes are some degree of unlikely, which speaks to what is expected to be a relatively even matchup.

That said, relatively even is not the same thing as perfectly even, and Leeds are advantaged on the three-way moneyline.

A draw seems to be a very likely outcome, with +225 odds only slightly removed from the odds for Wolves to win the game outright.

This matchup should be a very interesting one, and soccer bettors can tune in at 3:00 p.m. EST to catch it.

The two teams with the best records in the Rainbow Six European League are set to face off today.

BDS Esport sit in first place in the competition by a fair bit, with a record of 6-1-1, and 19 points to their name.

Virtus.pro sit in second place, but aren’t exactly far removed from the pack - the difference between them and fifth place G2 is that Virtus.pro drew one game that G2 did not.

In other words, despite the fact that this matchup is technically between the two best teams in the league, one would expect BDS to be notable favorites.

First things first - there’s a pretty significant amount of juice on this line, which is definitely worth noticing. The gap between -165 and +125 in terms of the cut the sportsbook is taking is honestly fairly substantial.

That said, it seems to be coming mostly out of Virtus.pro’s side - BDS are significant favorites in this matchup.

The problem, from an esports betting perspective, is that +125 isn’t very appealing odds when it comes to an underdog. In other words, if one wanted to place a wager on Virtus.pro, it would be because they were sure Virtus.pro would win.

That seems to be the best way to get value out of an esports bet with odds like this - pick the winner, don’t go for value, because there’s not a lot to be found.

The two teams also have fairly good odds to be evenly matched on the soccer field as well. The New England Revolution are expected to win this matchup, which is fairly interesting.

This is an interesting situation. Philadelphia has already clinched a playoff spot, and sit at second place in the conference.

New England is fifth place in the conference and looking to catch up to Orlando City FC, who sit just ahead of them.

In order to do so, they need a win here desperately, and that could be factoring into these odds.

All signs point to a very even matchup, from the similar form to the fairly short odds for a draw.

And yet, New England aren’t just favorites, they are odds on favorites - a New England victory seems as likely as all other outcomes combined, if one trusts the odds.

This is certainly a matchup to keep an eye on.