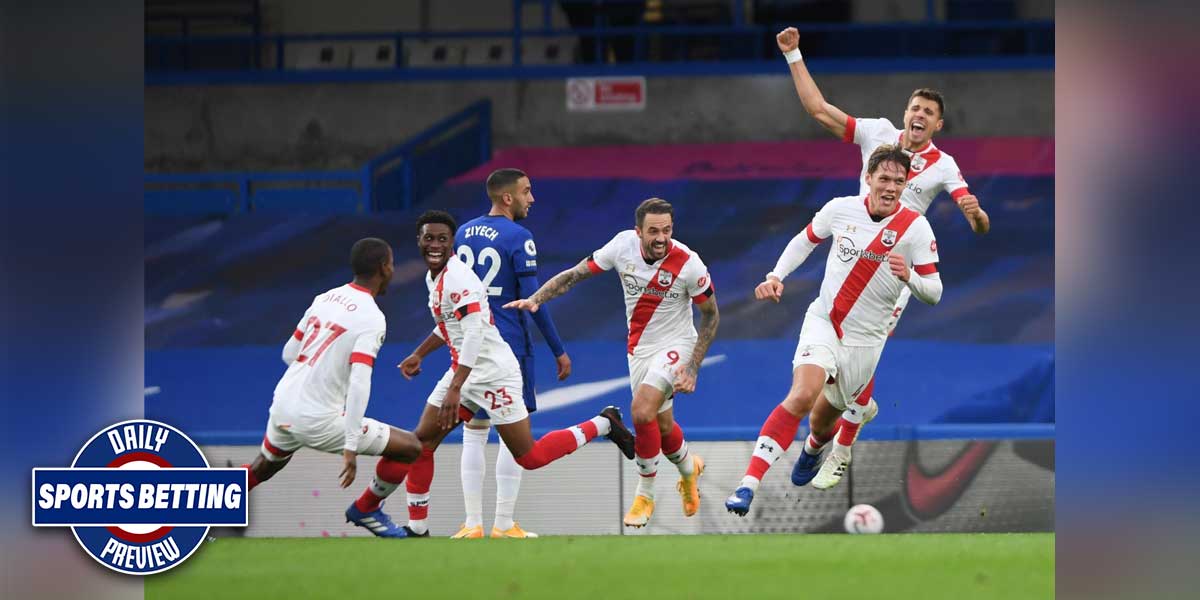 First, Chelsea takes on Sevilla in the UEFA Champions League, in what should be a great match.

Then, Katerina Siniakova battles Coco Gauff at the WTA Ostrava tournament. Finally, the Preview takes a look at some volume betting courtesy of the Russian table tennis scene.

There’s a lot to cover today, so let’s get started!

Chelsea are set to take on Sevilla in the UEFA Champions League at 3:00 p.m. EST this Tuesday. After picking up Kai Havertz and Timo Werner, Chelsea were expected to be among the cream of the crop in the Premier League this year.

This hasn’t exactly panned out, but there’s still time for them.

They sit at 2-2-1 in the Premier League, which is good for eighth place - behind where they wanted to be, but not out of it yet.

Sevilla, meanwhile, picked up a loss in their first La Liga game of the season, but haven’t lost in their last three.

All things considered, Chelsea are likely advantaged on pure talent, but it’s always hard to rule out a team like Sevilla.

That said, the sportsbooks certainly seem to think that Chelsea are not only favored, they’re seriously favored.

One thing that might stand out when comparing these two wagers is that Chelsea bettors would be best served by taking the three way moneyline at the moment.

The three way moneyline is effectively the same bet as Chelsea -0.5, and it has slightly better odds at -120 compared to the -130 shading on the spread.

Obviously, this is subject to change, but it’s definitely worth noticing - line shopping can even happen within one sportsbook.

Similarly, Sevilla +0.5 might be decent value at even odds, rewarding soccer bettors in the event of a Sevilla win or a draw, although it does not seem as seductive as the three way moneyline.

WTA Ostrava brings an excellent matchup to the table at 12:00 p.m. EST, as Coco Gauff faces off with Katerina Siniakova.

Gauff is one of tennis’ brightest young stars, at only 16 years old. She is ranked 55th in the world by the WTA.

One effect that her stardom has had has been a serious inflation in her odds to win any given tournament relative to her ranking.

She’s set to face off against Katerina Siniakova, who is ranked 10 slots below Gauff by the WTA. Siniakova is eight years older than Gauff, and in her career has been ranked as high as 31st in the world.

Given how close they are on the rankings, and Siniakova’s experience edge, it’s a bit surprising to see her as such an underdog to Gauff.

Or, it would be surprising, if the two factors (discussed above) that cause outsize wagering on Gauff were not well known by this point.

Don’t worry - there is a similar gap in the spread for this match.

The Gauff Effect is clearly in play here, and it makes Siniakova an intriguing underdog on both the spread and the moneyline.

However, this last section will be devoted to an old favorite of the Daily Sports Betting Preview - volume betting on Russian Table Tennis.

This is not, perhaps, recommended practice, but it’s absolutely something that can spice up a day. Let’s take a look at a couple featured matchups:

The first matchup features Dmitry Balakin as the biggest favorite of the day, with nearly -400 odds. The second matchup is the most even of the day, with a pick ‘em, and each contestant sitting at -115 odds.

The matches will be running all day - from 9:15 a.m. all the way to 8:15 p.m., which means that the Liga Pro is a great addition to any betting slate.

The big issue most bettors will run into is familiarity - which is normal. Most people don’t spend their time watching obscure Russian table tennis leagues.

In situations like that, one could either take a miss on the wagering, or simply bet where they see value in the lines.

The individual opportunity is up to the discretion of the table tennis bettors who are putting their money on the line.