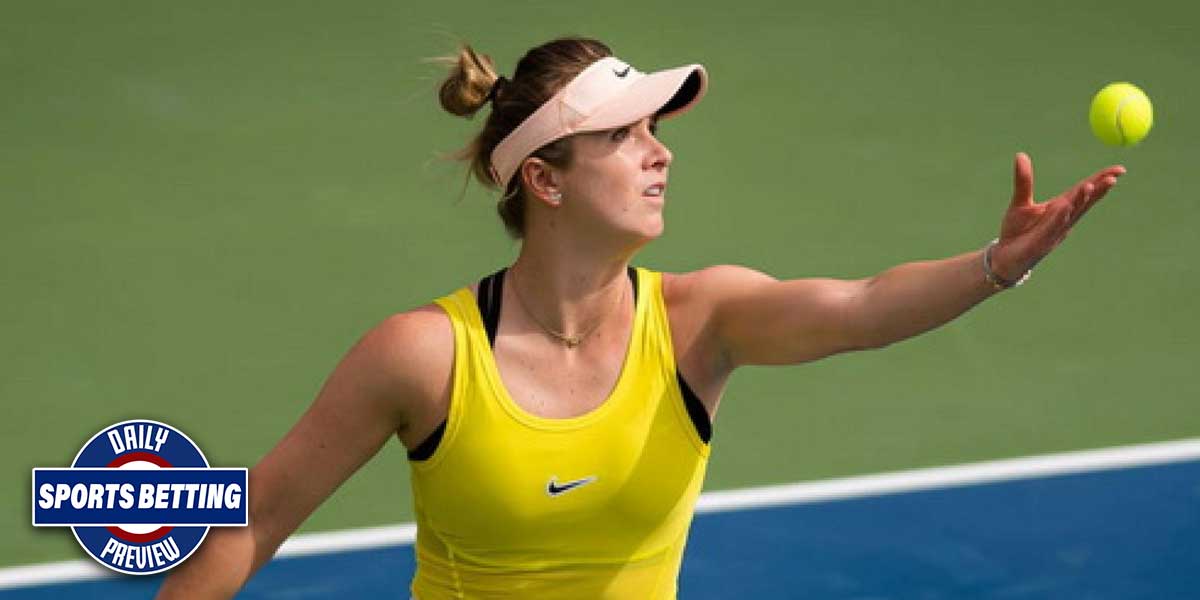 LAS VEGAS - Welcome to today’s Daily Sports Betting Preview, where three sports betting opportunities are broken down to the essentials.

First, in the UEFA Champions League, Ajax faces off against Liverpool, as significant underdogs. Then, in the WTA’s Ostrava Open, Maria Sakkari battles Elena Svitolina. Finally, the Handball Champions League brings some unique betting action to the table.

The UEFA Champions League is known for creating interesting matchups that can be hard to handicap.

Liverpool are fresh off of their best season ever, a season that saw them dominate the English Premier League. Ajax are a fixture atop the Eredivisie, and qualified for the Champions League by winning the Eredivisie in the 2019-2020 season.

In other words, this is a battle between league winners.

However, it’s now a whole new season, and these teams are different, to some degree.

For example, Liverpool are no longer the brilliant team leading the league, and have suffered some massive losses recently. Most famously, they took a 7-2 drubbing at the hands of Aston Villa, which may have marked the end of their miracle run.

Liverpool are still third in the Premier League with a record of 3-1-1, but that one loss was a big one.

Ajax, meanwhile, are second in the Eredivisie behind longtime rivals PSV, with a record of 4-0-1, and are tied with PSV on goal differential. In other words, this is just another year for Ajax. Liverpool, on the other hand, have shown signs of decline.

If this matchup had happened last year, it is likely that it would have been much farther in Liverpool’s favor.

As is, they’re still moderate favorites, but they don’t appear to be the world-beaters they were last season.

Soccer bettors will have to weigh the specter of that monstrous loss to Villa against the talent that is clearly still on the team.

The WTA’s Ostrava Open brings a matchup between Elena Svitolina and Maria Sakkari that could be quite the opportunity for tennis bettors.

Elena Svitolina is the number one seed in this tournament, and the fifth-ranked player in the WTA. Her record this year is 19-8, and she’s coming off of a quarterfinal appearance at the French Open.

However, she looks to face a serious challenge today in the form of Maria Sakkari, who has already beaten her once. Maria Sakkari is ranked 23rd in the world, but it’s a ranking that might bely her true talent at this moment.

In August, the WTA named her the Breakthrough Of The Month after she made a deep run in the Western & Southern Open and defeated Serena Williams in the process.

In 2019, Sakkari actually defeated Svitolina as well, which evened their personal series at 1-1.

Sakkari is an underdog here, but not by much. It’s a fairly unique situation - Svitolina has a lot going for her, but narratively speaking, there are a lot of reasons to wager on Sakkari.

The spread is also quite close, and there is even some shading towards Sakkari on the 2.0 point spread.

All signs point to a close, hard-fought match, and an opportunity for Sakkari to once again prove herself against an elite talent. That said, Svitolina is just that - elite. It’s always hard for a tennis bettor to wager against a player like her.

This is a compelling matchup on the court, and an even more compelling one in the betting arena.

The Handball Champions League features a matchup between Celje and PPD Zagreb that handball bettors will surely find compelling.

Celje are known for dominating the Slovenian Handball League, the NLB Liga. Right now, they have a perfect 6-0-0 record this season in league play, and a goal differential of +55.

Zagreb actually enter this matchup in relatively poor form, with losses to Barcelona, Aalborg, Telekom Veszprem, and Kiel all coming within the last few weeks.

However, they are still favored to win over the Slovenian elites.

One thing that sticks out about this matchup is that despite Zagreb being outright favorites on the three-way moneyline, they are not significant spread favorites.

This is a fairly normal occurrence in handball, and worth bringing attention to - the ratio of spread to moneyline is a bit different than in other sports.

That said, there are still some potential inefficiencies in this spread.

For example, if one wanted to wager on Zagreb to win outright, one could take them on the spread, accept the fairly remote possibility of a push, and get better odds than on the three way moneyline.

Is the possibility of a push worth 25 points on the odds? That’s up to an individual handball bettor to decide.