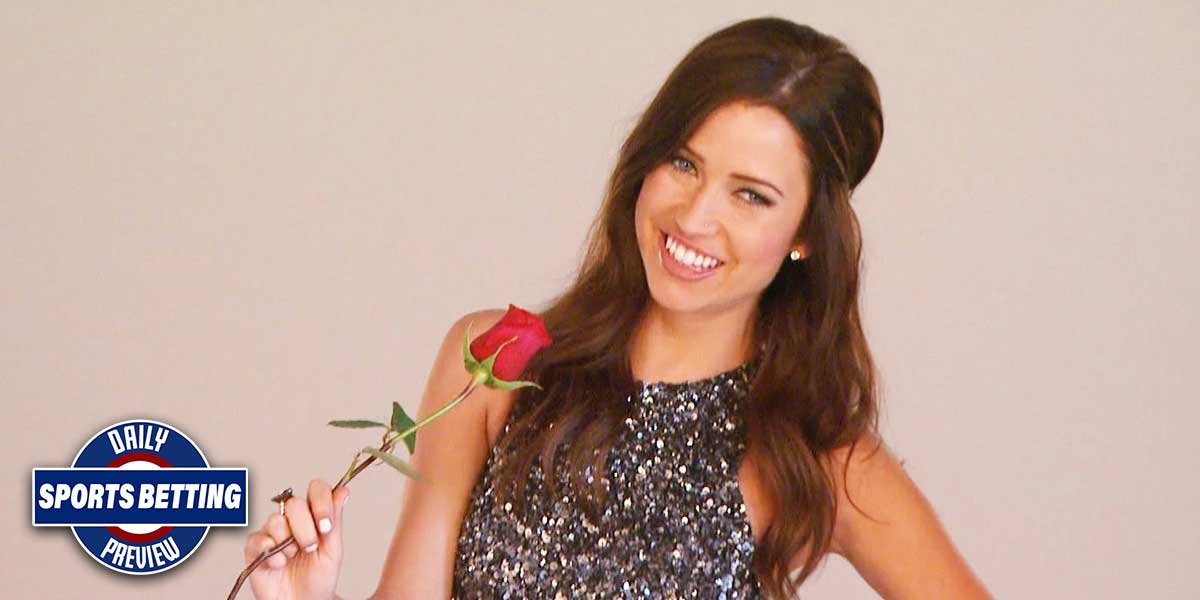 First off, the Preview will take a look at Dancing With The Stars, the popular reality TV show that online sportsbooks have begun to offer odds on.

Then, the Preview will take a look at three separate Premier League soccer matches, and go over the lines for each of them.

Dancing With The Stars Betting

On Monday at 8:00 p.m. ET, Dancing With The Stars is back with another episode, and the sportsbooks are paying attention.

The popular reality TV show is now in its 29th season, and its long-lasting pop culture relevance has made it a surprising factor at online sportsbooks.

At the sportsbooks, wagers are open on the current season of Dancing With The Stars, so let’s take a look at some DWTS futures odds for entertainment betting purposes.

Dancing With The Stars Season 29

These odds are best understood in a tier list format, so let’s separate them into tiers based on implied likelihood to win DWTS season 29.

Kaitlyn Bristowe, Johnny Weir - Bristowe and Weir are the favorites in terms of odds, with +140 and +150 odds respectively. They are well ahead of anyone else on the boards.

Nev Schulman - Schulman exists in a sort of no-man’s-land on the odds boards, sitting in between the top tier of Bristowe and Weir and the grouping around +1200 odds.

AJ McLean, Justina Machado, Monica Aldama, Jeannie Mai - This grouping has odds that range from +1100 to +2000, and are all reasonably described as dark horses. They aren’t the people with the lowest odds, but one of them winning would certainly be an upset.

Chrishell Stause, Nelly, Skai Jackson - One of these contestants winning DWTS Season 29 would be considered a huge upset. They are likely elimination contestants, and it would be surprising to see them make it much farther.

USAOnlineSportsbooks will continue to keep up with DWTS as the season goes on, and update the tiers as the show continues.

Today’s Premier League action features three matches, and the Preview is going to cover all of them.

Brighton and West Brom face off at 1:30 p.m. EST, and Brighton are odds-on favorites on the three way moneyline. A draw is a likelier outcome than a West Brom victory in this match.

This is a matchup between two teams that can not seem to figure out how to get a win - they have one win between them in the PL this season.

Brighton are in 16th place while West Brom are in 17th place, meaning that this matchup could have relegation implications down the line.

That said, there are differentiations between them. For instance, while Brighton are only one place ahead of West Brom, they have a much better goal differential.

Brighton have only given up two more goals than they’ve scored, while for West Brom, that number is eight.

Given this, it’s clear to see why Brighton are favored in this matchup. They’ve actually won a game, and they have a much better goal differential than West Brom.

Tottenham Hotspur battle Burnley in the second match of the day, which starts at 4:00 p.m. EST. Tottenham are the day’s biggest favorite, with -195 odds on the three way moneyline.

Tottenham are obvious favorites, as one of the bigger teams in England. That said, they currently sit in 11th place in the Premier League.

Burnley, however, are a bottom table team, with three losses and a draw for the season.

Given this state of affairs, it’s no surprise that Tottenham are such heavy favorites, and that even a draw seems fairly unlikely.

Wolverhampton Wanderers kick off against Crystal Palace at 4:00 p.m. EST and are also odds on favorites on the three way moneyline.

Basically, the sportsbooks seem to view Wolves as performing at their average, and Palace as overperforming so far.

This means that they are expecting regression out of Crystal Palace, hence the odds. Soccer bettors will be forced to judge whether or not that regression will happen now.