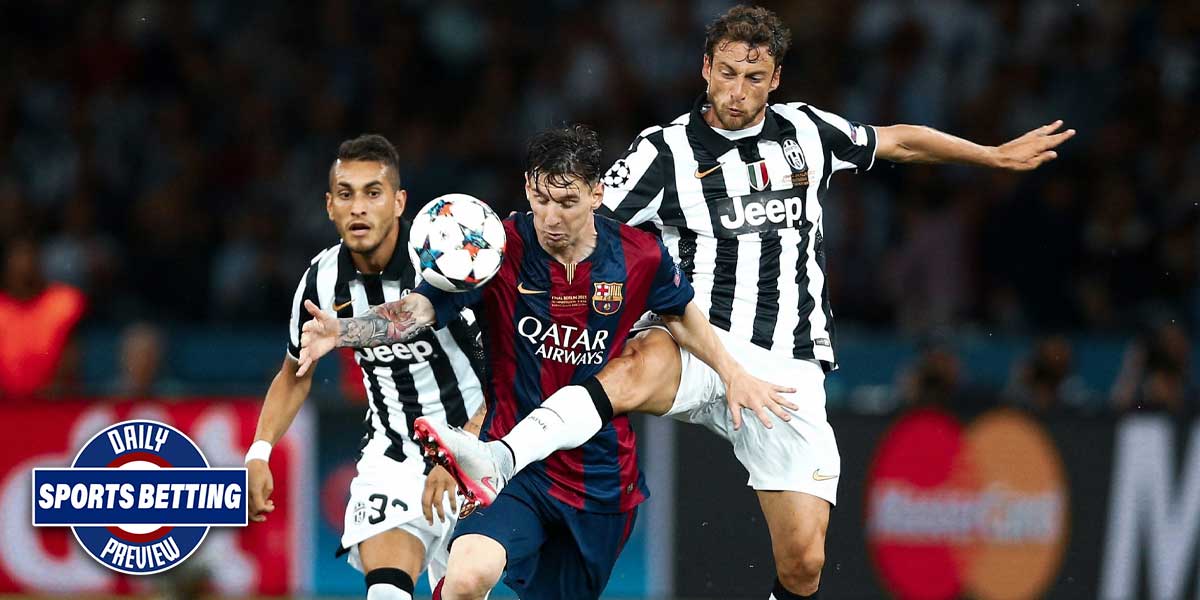 LAS VEGAS - Today’s edition of the Daily Sports Betting Preview covers a few of the most compelling wagers at online sportsbooks.

These wagers encompass more than simply sports - they range from traditional sports to esports to reality TV. First, the UEFA Champions League brings a matchup between Juventus and Barcelona, as the top teams in Italy and Spain face off.

Then, Natus Vincere takes on Ninjas in Pyjamas in CS:GO, at the CS:GO Blast Premier Fall competition.

Finally, the Preview takes a look at the odds to win Dancing With The Stars and compares to the odds before Monday’s episode aired.

FC Barcelona is in a state of flux at the moment. Josep Bartomeu announced that he would step down as club president this week, which kicked off a flurry of speculation about the future of the club, and its star player, Lionel Messi.

Messi, the greatest player in the world, attempted to leave Barcelona in the offseason, but a clause in his contract that would have allowed him to leave was challenged by Barcelona, who forced him to stay.

His greatest La Liga rival, Cristiano Ronaldo, now plays for the team he’s set to face off against, Juventus. Messi’s future with Barcelona might still be in doubt, but on the pitch, he’s the same player he always was.

Barcelona are nominal favorites on the three way moneyline, but they are not odds-on favorites.

In fact, their +140 odds are actually remarkably long for a favorite, reflecting both the decline of Barcelona over the last decade and the quality of this Juventus squad.

Cristiano Ronaldo, Messi’s longtime rival, will not be playing in this game due to COVID-19.

This leaves Messi alone as the heart of this matchup. His odds to score a goal in the game at any time sit at +110, which is a true endorsement of his talent.

The Over/Under for the game is set at 2.5, 3.0 goals, which makes Messi’s even odds to score a goal that much more impressive.

This matchup provides a lot of betting opportunities as a high profile matchup, and soccer bettors can wager on anything from who will score to where they will score from.

Natus Vincere face off against Ninjas In Pyjamas in the Blast Premier Fall 2020 competition today. NaVi are favored in the matchup, but not overwhelmingly so. In fact, both teams have very short odds to win.

The moneyline implies an extremely close match, even though this year NaVi have dominated NiP, only losing one match to the Swedish team.

That match happened at ESL One Cologne 2020 Europe - a high profile stage. NiP can perform, it’s more of a question of if they will.

For the uninitiated, esports betting tends to use a concept similar to the puck line in hockey and the run line in baseball.

This makes it an interesting wager in the context of NaVi’s past history against NiP. In the last year, every time the two teams have played, the match ended 2-0, either for NaVi or for NiP.

NaVi won all but one of those meetings, so that is surely something for esports bettors to keep in mind.

Dancing With The Stars Odds

Dancing With The Stars is back, and there were a lot of shakeups after Monday’s episode.

Now, the odds are dramatically different. Nev Schulman put on a brilliant show and got a 30/30 from the judges, which really boosted his odds. Bristowe put on a lackluster performance, with a 24/30 score, while Weir stayed solid with a 27/30.

Meanwhile, at the bottom of the odds boards, Monica Valdama (and her partner Val Chmerkovskiy) was eliminated from the show after receiving a 22/30 score from the judges.

Johnny Weir’s odds have stayed the same, at +150, but Kaitlyn Bristowe has dropped to +200, and Nev Schulman has skyrocketed to +225.

Nelly’s rise is due to him coming into his own as a performer, and getting a 27/30 from the judges. Jackson benefits from a similar dynamic - a 27/30 performance-boosting her upward on the odds boards.

Jeannie Mai’s performance got a 25/30, and she received some harsh criticism from the judges. AJ McLean, meanwhile, received a 26/30, but fell a bit due to Nelly’s rise and the odds condensing at the top of the boards.