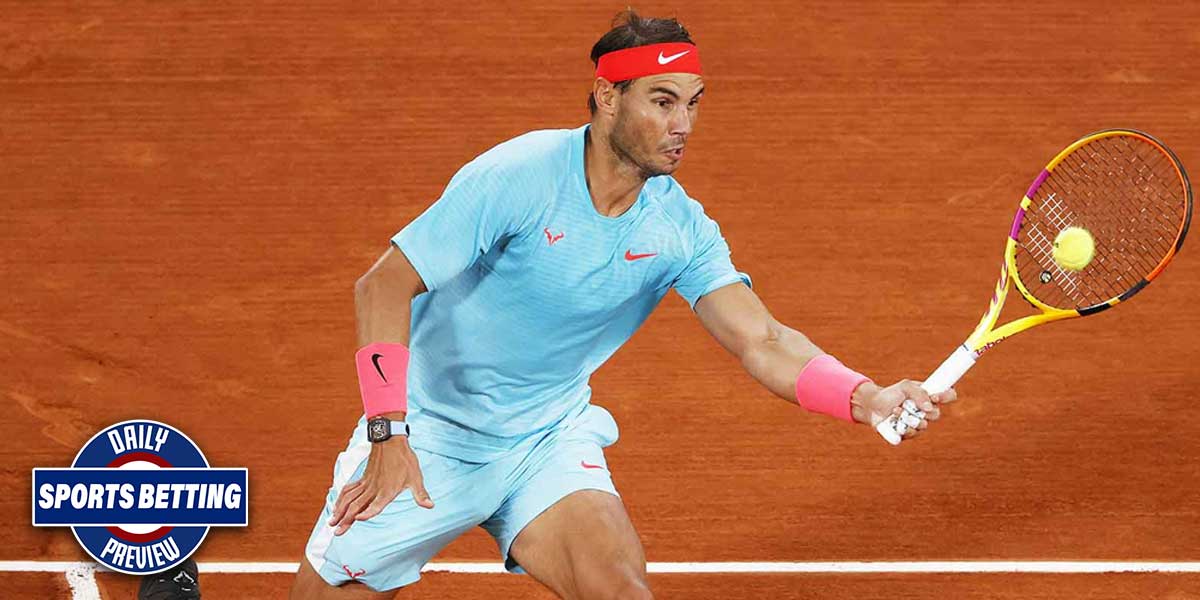 LAS VEGAS - Today’s edition of the Daily Sports Betting Preview covers some of the most interesting wagering opportunities around.

First, in MLB, the Miami Marlins face off against the Atlanta Braves in an attempt to continue their miracle run. Then in the MLS, Nashville SC battles Minnesota United.

Finally, in the French Open, Rafael Nadal takes to the court against Jannik Sinner.

The Miami Marlins are currently in the midst of a miraculous MLB playoff run. The Marlins, who entered the season as one of the worst teams in the league, are the underdog of underdogs.

Not only were they expected to be terrible, their season was derailed as more than 15 players were diagnosed with COVID-19 early in the season.

Despite all of that, the Marlins are somehow in the playoffs, facing off against the Atlanta Braves, a team that everyone expected to make it this far.

With that in mind, given that this game is on the road for the Marlins, the run line might be a good shout for them:

It makes sense that they excelled on the run line - they weren’t trusted by the sportsbooks to be as good as they were on a game to game basis.

This meant that the run line bolstered their already adequate chances of winning a game.

One other aspect of how the Marlins play that really impacts their chances is that they keep runs low. The Marlins scored the 20th most runs in MLB, while the Braves scored the second most.

This means that the Marlins Under tends to be a good bet - in their last six games, the Under is 5-1.

This is a remarkably interesting game for MLB bettors, from multiple angles. On the one hand, the Braves absolutely have more talent and should be able to simply outscore the Marlins.

On the other, there are some things to worry about for the Braves (who are averaging only 2.33 runs per game in their last three games) and the Marlins have been making magic happen on demand.

The MLS is set to bring some midweek soccer betting to the table with a matchup between Nashville SC and Minnesota United.

The matchup’s odds, however, do not indicate that Minnesota is likely the better team.

Interestingly, despite having a better record than Nashville, Minnesota is the underdog in this matchup.

That said, the gap between the two teams is not particularly pronounced. Minnesota has a record of 6-4-5, while Nashville clocks in with a record of 4-5-5.

Nashville is the home team, and that seems to be one explanation for why these odds are the way that they are. In addition, Nashville has been in fairly good form recently, only losing one of their last five games, while Minnesota has been spotty, dropping two of their last five.

In fact, Minnesota only has one win in their last five games, a 2-0 victory against FC Cincinnati directly before this matchup.

To boil this matchup down to the bare essentials: Nashville might be new to the MLS, but they’re playing at home and they’ve seemed at the very least up to par in recent days.

Minnesota is a more established and arguably more talented team, but they’re on the road and their form has been lacking recently.

This makes wagering on this matchup quite interesting for soccer bettors, as there is not an outright favorite on the three-way moneyline.

Rafael Nadal takes to the clay courts of the French Open to once again stretch his wings and prove himself the king of the clay.

Nadal faces off against Jannik Sinner, and the odds are about as lopsided as one might expect from a matchup involving Nadal on clay.

The spread is almost as lopsided as the moneyline.

Nadal is a 9-game favorite on the moneyline, and that line even comes with some extra shading in his favor at -120.

However, there are some interesting match specials on the major online sportsbooks as well.

These odds are relatively paired together, because they refer to the same outcome (a Nadal win) and differ only in how it is reached.

Under 28.5 seems eminently possible for Nadal in this best of five matchup - especially given that he’s on clay.

This almost serves as a proxy for whether or not a given tennis bettor thinks that Sinner can take a set off of Nadal.

If the matchup goes four or five sets, the over is sure to hit, but if Nadal wins the first three, he can win each of them 6-3 and still hit the under.

This matchup provides a lot of interesting betting opportunities, and there should be some ways to exploit these lines.