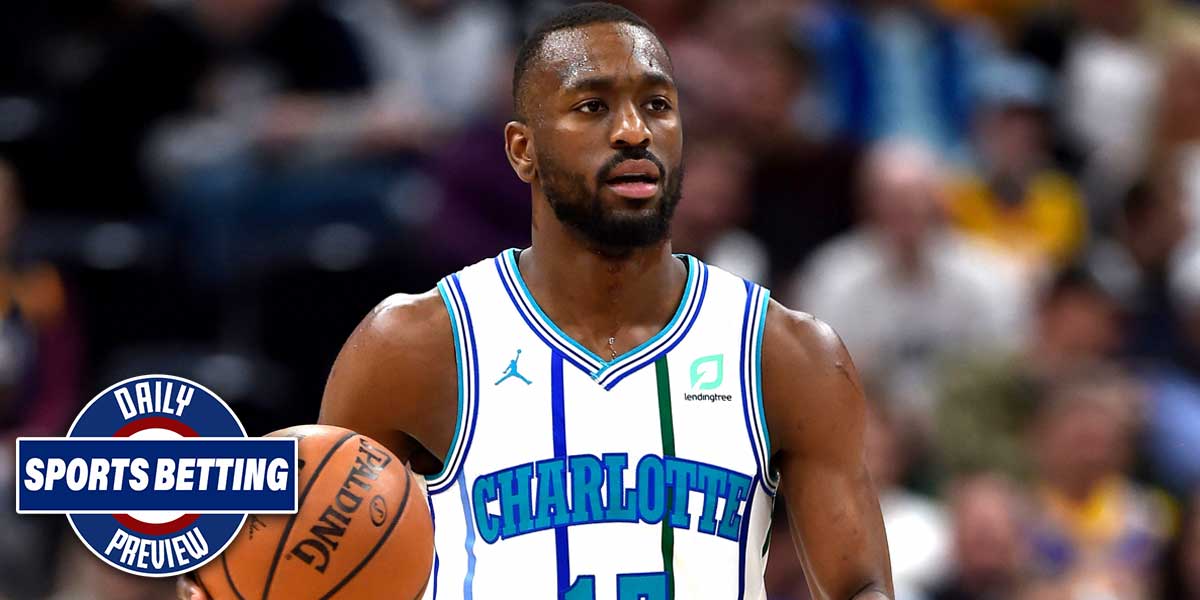 CHARLOTTE – There are many different types of sports being played today. While the ATP Next Gen Finals continue in Italy, cricket’s Regional Super50 takes place in the afternoon, and the NHL continues its long season through the night.

While all of those sports can betting lines at US sportsbooks, the focus of our daily sports betting preview comes with the storyline of Kemba Walker and Terry Rozier playing against their former teams.

Three-time All-Star Kemba Walker will be making his first-ever return to Charlotte, where he played for eight seasons as the leader of the franchise. He is expected to be welcomed with great cheers, amazing fan support, and a standing ovation when they announce his name.

But once the game begins, the emotions will die down, and the game will be the focus. The Boston Celtics (-300) come in as 7-point favorites as the road team over the Hornets (+250).

With Walker being known for showing up during highlighted games, expect the Celtics to take care of business. Walker is averaging a career-high in points per game at the moment (26) due to the fact that he is making (and attempting) more 3-point shots than ever before.

With an over-under of just 217.5, bettors should consider taking the over with the Celtics on this storied matchup, which begins at 8:05 p.m. EST and can be seen on TNT.

In Thursday Night Football, the LA Chargers will battle the Oakland Raiders in northern California. This AFC West battle is expected to be a tough matchup, as the Chargers (-125) are only 1.5-point favorites over the Raiders (+105).

The closeness makes sense, as NFL betting trends do not lean toward any favorite in this matchup. The total has gone under in seven of the last eight Chargers’ games, while the over has hit in five of the last six Raiders’ games.

Both of the teams are slated to score 24.5 points, as the over-under is set at 49 total points. With the Chargers holding eight of their nine opponents under 24.5 points on the season, taking the under on the Raiders’ points seems like the only safe play in the game.

No matter which way you lean, be sure to keep an eye on it, as divisional rivalries can turn at the drop of a hat. The game beings at 8:20 p.m. EST and can be seen on FOX.

Long gone are the days of Mike Rice, but the Rutgers basketball program is nowhere near the level of success they had in the 1970s and 1980s. Still, the Rutgers Scarlet Knights are 20.5-point favorites over the Bryant Bulldogs, who have only won 13 games over the last two seasons.

Still, the Bulldogs have seen improvement, and a 20.5-point spread may be large enough for them to cover. Bryant lost to Brown by two points on Tuesday – much better than the 24-point thrashing they took from the Bears last year.

If this is a sign of improvement for Bryant, don’t expect Rutgers to come out in their first game to blow away the mid-major program. The public money is leading toward Bryant as well, and those with knowledge of these programs understand that the over (143.5) is also the play.

This game tips off at 7 p.m. EST and is part of the Garden State Showcase. Be sure not to miss out on the action, as the game will be broadcasted on the Big Ten Network.