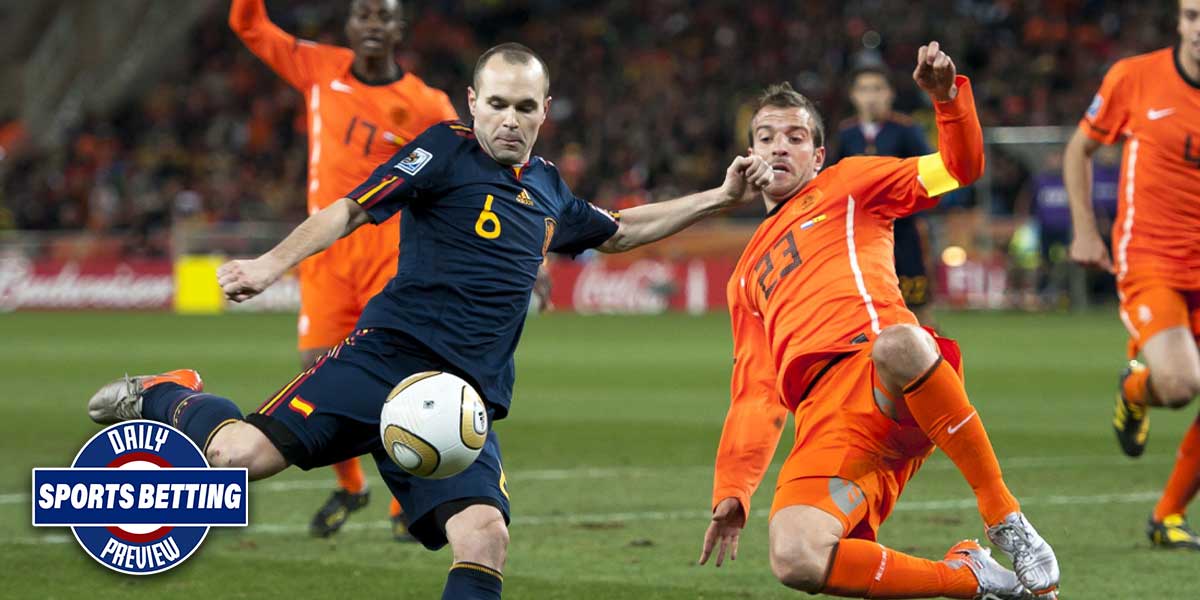 First, MACtion continues on Wednesday when the Toledo Rockets take on the Western Michigan Broncos on the road. Netherlands and Spain will also meet in an international soccer friendly while esports betting opportunities close out the preview.

After three games occurring on Tuesday, the MAC brings another slate of college football betting. The Western Michigan football game starts at 8 p.m. ET and will be broadcasted on ESPN.

The Broncos haven’t won against the Rockets since 2016 but come into the match as 3-point favorites.

Both teams come into the game with 1-0 records, after dominating their competition in “Week 1.” Without much info on past college football betting trends for these two teams this season, it becomes clear when noting that the line has barely moved since opening.

Sitting at -2.5 in favor of WMU, the line only has moved by the hook, giving those supporting the underdog an easier route to victory.

The Netherlands And Spain Friendly Odds

Since 2000 however, the pairing has split World Cup victories with each other but regardless of past trends, Spain enters as the soccer favorite match.

As for the over-under, the soccer betting line is set at 2.5 goals, with some shading on the under. In past matchups, the under has been successful, as only two of their last five meetings have seen over 2.5 goals hit.

However, with Virgil van Dijk completing his successful ACL surgery, the Liverpool defender will be on the sidelines leaving the middle open for Spain to have their opportunities. With Gini Wijnaldum named the new captain, bettors will see how the Dutch team fares.

The friendly begins at 2:45 p.m. ET before both teams move onto Nations League play this weekend.

In the Intel Extreme Masters (IEM) Beijing 2020, Team Spirit will face Natus Vincere (Na’ Vi) in a best of three series during this group stage.

After losing to Team Vitality 2-0, Team Sprit took on OG, in which they won 2-0. For Na’ Vi, they took out the MAD Lions 2-1 but found themselves on the losing end of a 2-1 defeat against Complexity.

Beginning at 12:30 p.m. ET, Na’ Vi is favored with -165 odds on the moneyline at online sportsbooks  but is an underdog on the match spread.

Though the -240 odds on Team Spirit are expensive, Na’ Vi has yet to cover a 1.5-game spread during the group stage.

Still, only one of these teams can qualify for the IEM Beijing Quarterfinals, where FaZe Clan and Complexity have already punched their ticket.

Without much esports betting trends to compare, sometimes picking winners based on names will suffice. Natus Vincere is Latin for “born to win” and has nearly a decade of experience as an esports team over Team Spirit.