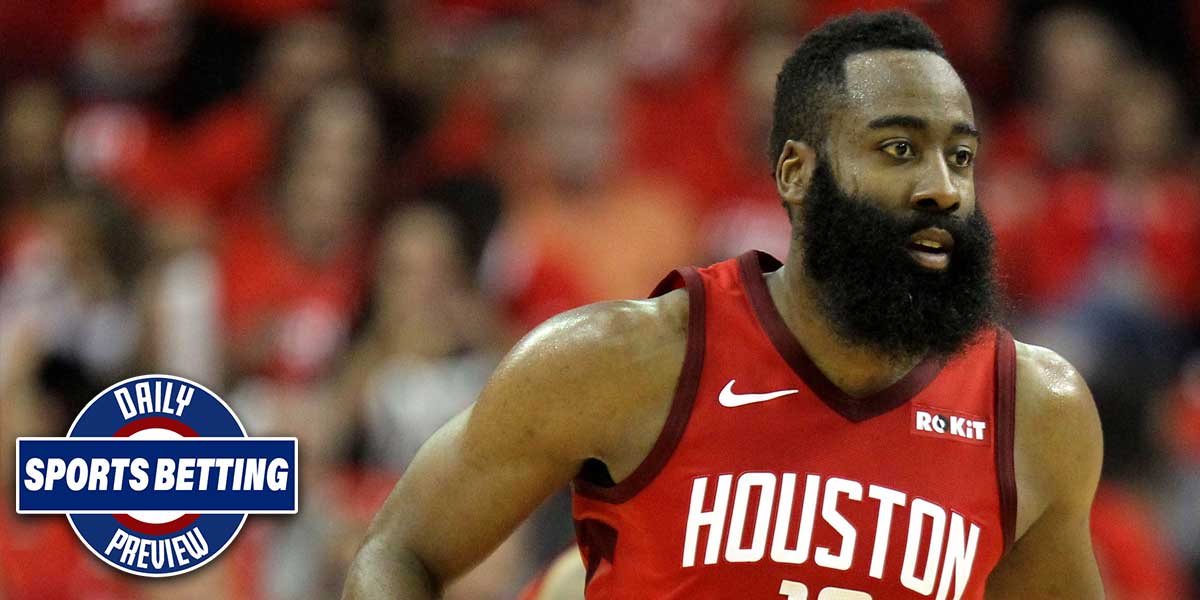 TALLAHASSEE, Fla. – Wednesday may seem like one of the slower betting days in the fall season, but there are always storylines that create excellent betting opportunities. This daily sports betting preview focuses on a Western Conference battle of superstars when the LA Clippers travel to Texas to face the Houston Rockets.

With Paul George expected to come back either tonight against the Rockets or tomorrow against the New Orleans Pelicans, all eyes are on the Leonard-George duo versus the Westbrook-Harden duo.

The Rockets are favored by 1 point and the over-under is set at 232.5 points. However, this is just the start of the betting options when it comes to a game of this magnitude featuring superstars.

James Harden is leading the league in scoring at 37.3 points per game and is only one of two players averaging above 30 ppg. (Damian Lillard).

His average is the projected scoring output against the Clippers tonight, making bettors think about taking the under in this situation. However, Harden has broken this mark in five of his last eight games.

As far as Harden’s assists projection, oddsmakers at US sportsbooks are projecting the Rockets’ guard to dish out 7.5 assists. This is something Harden has done in all three of his previous games but bettors shouldn’t be too quick to play either side of this line. With the defensive mindset of the Clippers, Hardens’ turnovers might increase, removing some of the opportunities for assists.

There is no doubt that Harden loves his three-pointers. However, Harden has seen better days from behind the arc than the first ten games of his 2019-2020 NBA season. Shooting under 30% from deep, Harden is still throwing up shots, as he has the ultimate green light.

With oddsmakers setting Harden’s 3-pointers made mark at five, bettors are encouraged to take the over. Harden has been finding his rhythm as of late, hitting seven, six, nine, and three three-pointers in his previous four games at a rate of 40.3%.

Shooting 15.5 3-pointers per game over this span, don’t expect Harden to slow down this type of gameplay.

For those who think Harden will have a showing but are unsure how the output will be categorized, consider taking a bet on the Harden’s points + rebounds + assists. Sportsbooks like SportsBetting list his 3-category total at 52 giving bettors the ability to hop on either side of the action.

Similar prop bets such as the ones listed above are also available for the other superstars like Kawhi Leonard and Russell Westbrook, so be sure to check out all of the NBA betting options.

Don’t miss out betting on the Rockets and Clippers, as the game beings at 7:35 p.m. EST and will be broadcasted on ESPN.