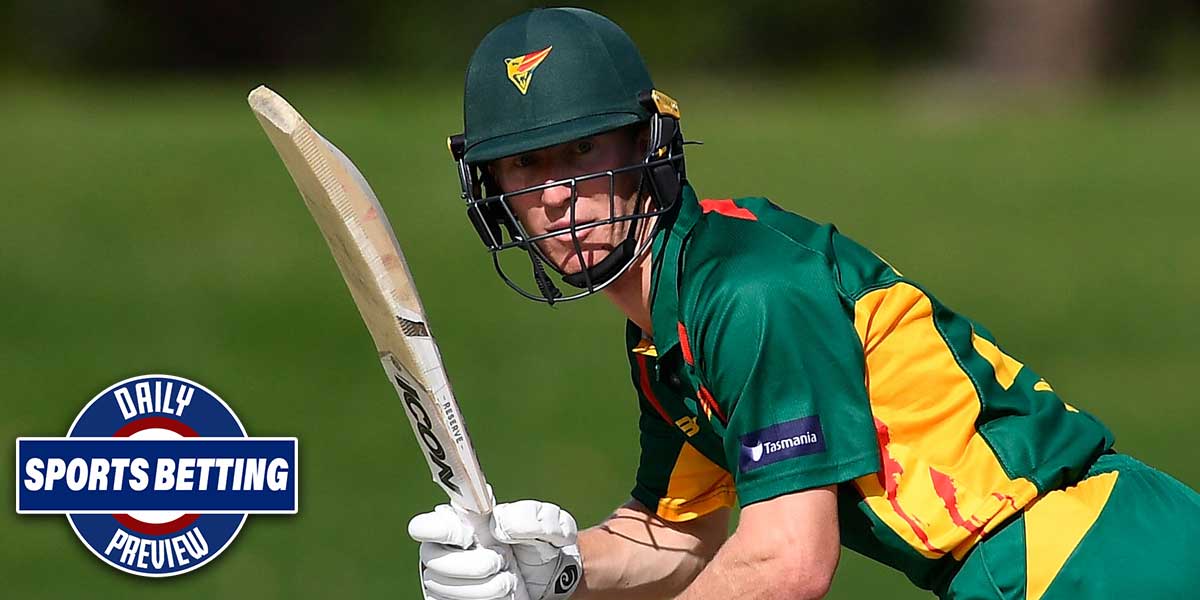 TALLAHASSEE, Fla. – Even with Monday Night Football on the docket today, sports bettors shouldn’t feel restricted when betting on sports. The NBA also has plenty of games for bettors to take action on but any good and winning bettor understands how to diversify their wagers.

Beating the sportsbooks on the popular sports is difficult due to the number of statistics and coverage of the main events. However, when looking at the smaller market sports betting areas, bettors can more of an opportunity to exploit betting lines and odds.

Today, the focus of Monday’s daily sports betting preview comes by way of Australian cricket, Danish men’s handball, and Brazilian basketball. This international affair of sports betting action is sure to help bettors open their eyes to the true variety of what US sportsbooks have to offer.

In this one-day cricket match, the tournament is less than one week from its final. The Southern Redbacks and Victorian Bushrangers will battle head to head, where Victoria (-125) is the slight favorite.

The Bushrangers have been struggling as of late, despite coming off of a win against New South Wales a few days ago. However, they sit at 3-3 in the standings but have allowed more runs than nearly every team in the cup.

The Redbacks are on the opposite end of the scoring spectrum, holding opponents to the fewest runs of the other teams. Sitting at 3-3 as well, the focus will be on whether the offense or defense can win this matchup.

Victoria may be the favorite, but Southern Redbacks (EVEN) is where many bettors will be laying their money. The match begins at 6 p.m. EST.

In Round 11 of the Danish men’s handball league, the middle of the pack Sonderjyske will take on a bottom-dwelling team in Fredericia.

Despite being within a few games of last place, Fredericia (EVEN) is only a slight underdog. This is due to the fact that they are 13-1-1 in their last 15 matches at home. For Sonderjyske, they 3-4-1 (4 losses) on the road in their last eight games, but none of those losses have come within their last four road contests.

Keep in mind though that the last five matches at home from Fredericia have hit over this mark, but with the slower pace of Sonderjyske, it should counteract their generally heavy scoring.

Be sure to get your wagers in before 2 p.m. EST when the game begins.

In the early season of the NBB, Mogi das Cruzes comes in as heavy favorites over Pato. Mogi (-17) is expected to dominate at home, as Pato has yet to win a game this season. Losing by 75 points over their last five games combined, bettors might consider taking Mogi and heavily here.

Don’t overlook the fact that almost half of those points came in one loss, when they lost by 35 to Franca. Pato has kept games close, losing by six and three points two of those previous five games, while the other two games were low double-digit losses.

Mogi isn’t known for blowing out teams. In their last three wins, they have won by a combined 10 points, indicating the play might actually be better suited on Pato tonight. Tip-off occurs at 6 p.m. EST and with an over-under of 153 points, bettors should parlay their spread wager with the under.