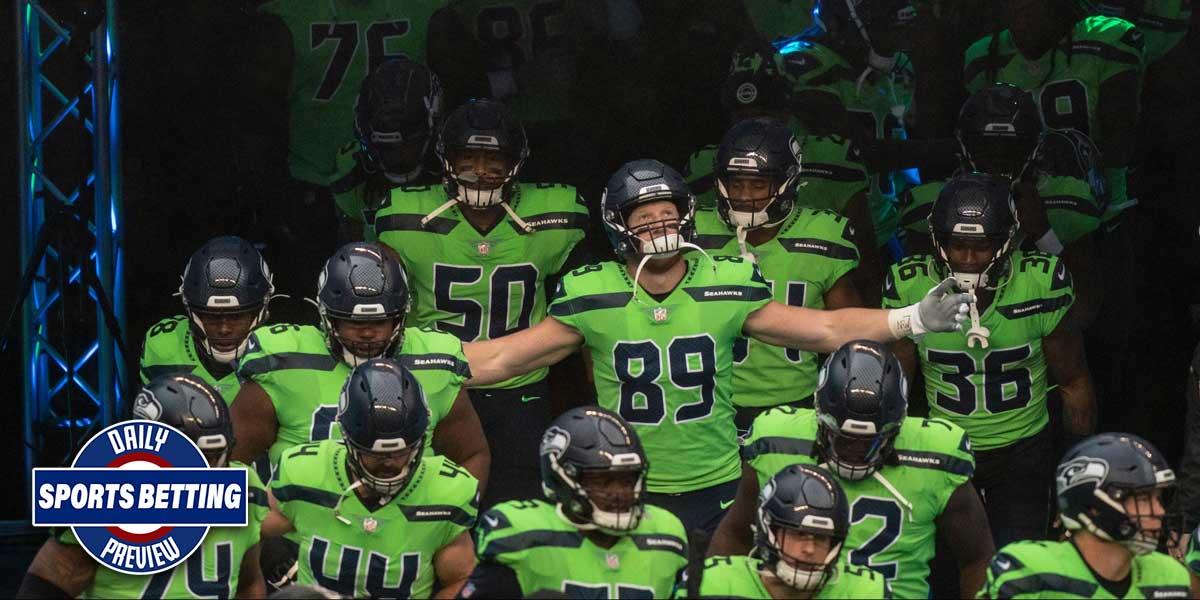 Then, the ATP Finals continue as Rafael Nadal takes on Stefanos Tsitsipas.

Finally, in Euroleague basketball action, Bayern Munich faces off against CSKA Moscow. There’s a lot to cover, so let’s get started!

The Seattle Seahawks and the Arizona Cardinals are set to face off on Thursday Night Football this evening.

In other words, this matchup could determine which team makes the playoffs - an incredibly important TNF game.

Seattle are moneyline and spread favorites in this matchup, despite the fact that the Cardinals took the W last time these two teams faced off.

The Seahawks are known for two things at this point: amazing offense and terrible defense. The terrible defense is what this column will focus on - because it has serious implications for Kyler Murray’s pass yards O/U.

In the Week 7 matchup between these two teams, Murray’s O/U for pass yards was set at 269.5.

He shattered that easily, putting up 360 air yards as the Cardinals won the game in OT.

The Seahawks defense is giving up an average of 353 pass yards per game, which is not only the worst in the NFL, but on pace to be the worst in NFL history.

Far from the Legion of Boom, they’ve now become the Region of Room - the NFL’s most socially distanced defense.

Murray may be a dual threat QB, but Seattle has shown absolutely nothing this year to make anyone think they can stop the pass.

The Over on any QB’s air yards against Seattle looks enticing, simply because they are that bad - Jared Goff just hung 300+ on them.

The ATP Finals continues with a stellar matchup between Rafael Nadal and Stefanos Tsitsipas.

Nadal has won five of the six matches he has played against Tsitsipas. Tsitsipas’ only win came in 2019, at ATP Madrid, where he defeated Nadal on a clay court.

The fact that Nadal is favored should not be a surprise.

Nadal sits with -260 odds, which for him is a remarkably fair line. This is a matchup that he has dominated historically, and that’s not even mentioning the part where he is Rafael Nadal, one of the best tennis players of all time.

Despite Tsitsipas’ enticing +210 odds, it’s hard for any tennis bettor to look at this matchup and think it will go the way of Tsitsipas.

So what about the spread?

In all six of their matchups, the only time Nadal won that would not have covered this spread was their most recent clash, in the last ATP Finals.

Every other Nadal victory comes with a greater margin than -3.0. This would seem to imply that a bet on Nadal’s spread is a decent value play compared to the moneyline.

The Euroleague brings some interesting wagering opportunities from European basketball while basketball bettors wait for the new NBA season to start.

The Russian team is significantly favored over the Germans, with CSKA boasting -215 odds to Bayern’s +175.

This comes despite the fact that Bayern Munich are currently 7-2 in the Euroleague while CSKA are 6-3.

However, using last season as a guide, it’s not hard to see why - CSKA won their meetings last season by a combined 18 points.

That said, Bayern certainly enters this matchup closer to the Russian titans than they have been in the past, given their current form.

This context places some importance on the spread - if Bayern can’t win, perhaps they can cover.

The spread is set at CSKA -4.5, which is a fair spread considering the form that Bayern is in.

Bayern are coming off of a win against Anadolu Efes in which they were seven point underdogs.

They’re riding a hot streak and a wager on Bayern to cover could be an interesting play.