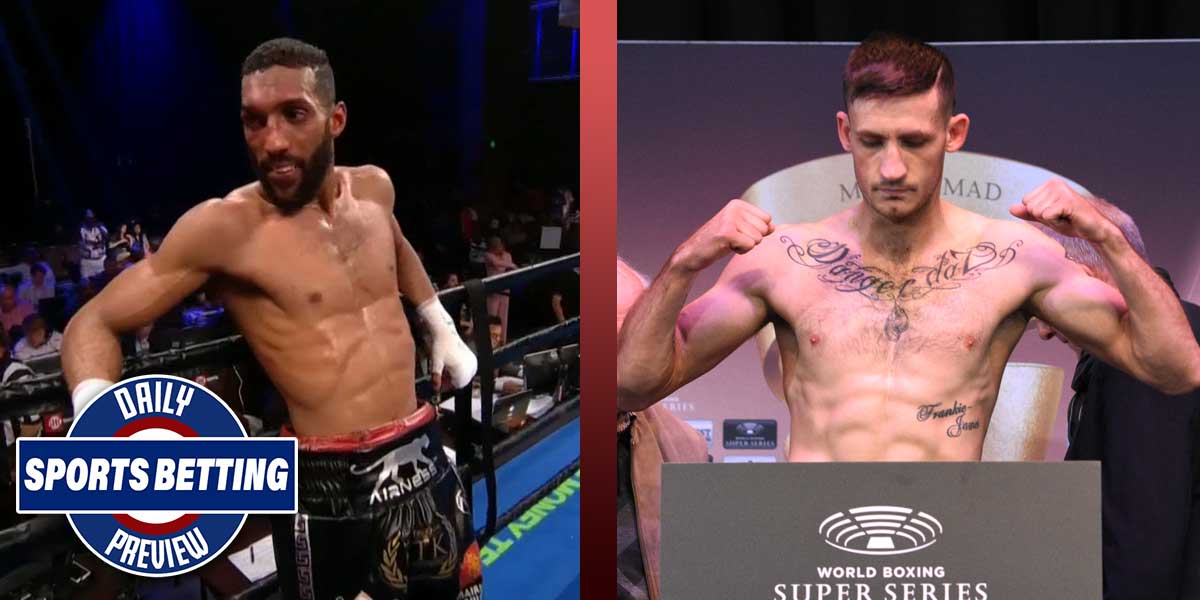 DENVER – On Friday, it seems that nearly every sport comes out to play. Besides the typical NCAA football matchup and a few other specialties, there are also smaller market sports to bet on.

For this Friday in particular, oddsmakers at US sportsbooks are giving sports gamblers a betting slate lasting the entire afternoon and into the night. Between boxing bouts, professional darts, test cricket, and the NBA, bettors have betting lines available for them from 3 p.m. EST until midnight or later.

Taking place at York Hall in London, the 15th ranked Mohamed Mimoune (-400) will take on a hard-hitting challenger in Darren Surtees (+325). Mimoune has only fought in one bout in the last thirteen months – a loss to Viktor Postol.

Since becoming a professional fighter in 2010, Mimoune has made work of his opponents; however, his mindset has always been to outlast opponents, letting the judges make the call. With only two knockouts in 24 fights, look for Surtees to deliver the first knockout loss for Mimoune.

Surtees has knocked out two-thirds of all competitors and has never lost a fight in his four-year, 13-bout career. This will be the first real test of Surtees career though, as only one of his previous 13 bouts came against a fighter with a winning record over their previous six bouts.  Mimoune has won five of his last six.

The stylish darts play of Peter Wright will be challenged against James Wilson in the Players Championship Finals 2019. The event begins Friday and ends on Sunday, as Wright comes in as the four seed and Wilson the 61st.

Wright (-350) is known not only for him impressive darts ability but also for his ability to rile up the crowd in the tough moments to support him.  With this likely to happen, there is no reason to take a chance on Wilson (+260).

The first (and second) round is a best of 11 legs event, so expect Wright to reach his six wins very quickly.

Test cricket is the longest-lasting type of cricket match, and Australia has dominated this style of play. Australia (-5000) will be put to the test against Pakistan (+5000) who are given insane odds to beat the Aussies.

While one might feel that Australia will win, laying $5,000 to win $100 just doesn’t seem worth the risk. Instead, bettors should consider a low-risk play here, and take a chance on Pakistan. Even a $10 wager would have bettors winning $500 – something that can easily happen as Pakistan is ranked two spots behind Australia in the ICC Test Championship table.

A draw (+2000) is also in play here, but this seems like throwing money into a burning fire pit. At the end of the match, there will likely be a winner titled, so why not take a chance on the heavy underdog.

This 9:05 p.m. EST tip-off features a battle of titans in the Boston Celtics and Denver Nuggets. Both leading their division, the Celtics will travel west to face off against the Nuggets.

Favored by four points, the Nuggets will attempt to keep the Celtics off of the three-point line as much as they can. The C’s were not too solid from behind the arc in their last game against the LA Clippers and Denver will have definitely taken notice of this.

As far as scoring is concerned, the over-under is set extremely low in today’s NBA betting standards.  At 207 points, bettors may be weary to play either side of this line. While both teams can certainly put on a scoring display, they are also known for the impressive lockdown team defenses.

Either way, the Nuggets (-175) and Celtics (+155) will play each other against in two weeks for the second and final game of the season series.