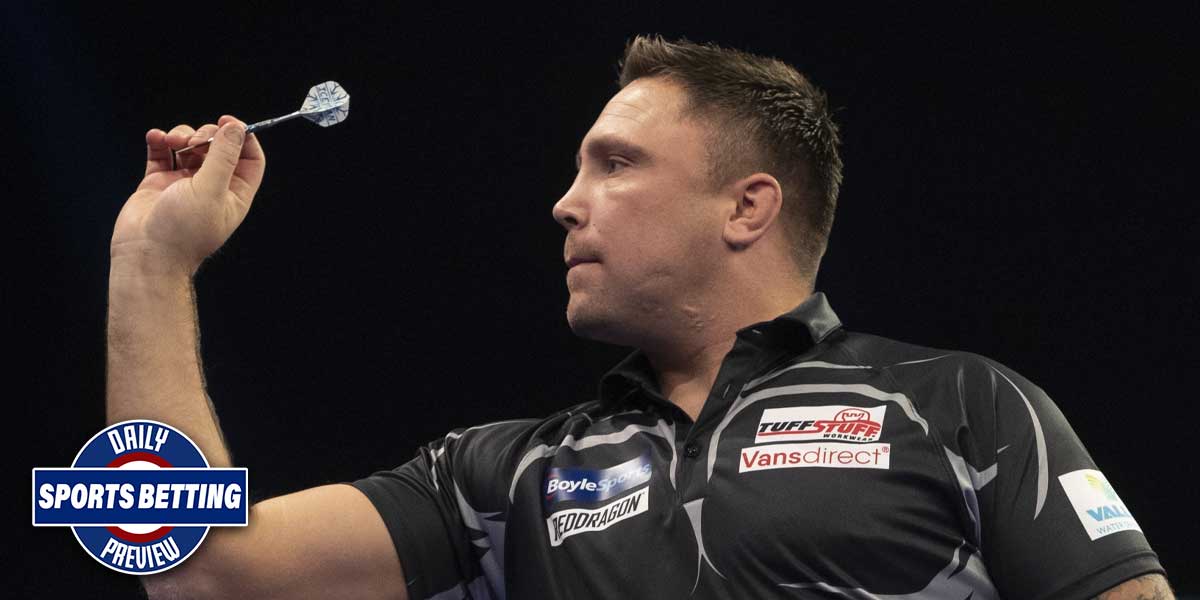 LAS VEGAS - Today’s Daily Sports Betting Preview starts off in England, as Wolves face off against Southampton in the PL.

Then, Dancing With The Stars airs its final episode as the season comes to a close, and the sportsbooks have odds on it.

Finally, the Grand Slam Of Darts features two betting opportunities in the mid-afternoon of this excellent Monday.

Southampton are having an excellent premier league season and currently sit in fifth place, above teams like Manchester United, Manchester City, and Arsenal.

The season is young yet, but Southampton has excelled in the early portion, with a record of five wins, one draw, and two losses.

Today, they face off against a team sitting far below them on the table - Wolverhampton Wanderers, better known as Wolves.

Wolves are 12th on the PL table, with a record of four wins, one draw and three losses.

Given how early in the season it is, the gap between fifth place and twelfth place does seem to be simply one game - Wolves have won one less game than Southampton and lost one more.

In that context, Goal Differential might be a better way to tell these teams apart. This season, Southampton have outscored their opponents by four goals, and Wolves have been outscored by one.

Despite that, Wolves are sitting as favorites on the three-way moneyline, as well as on the Draw No Bet line.

Wolves vs. Southampton - Draw No Bet

There seems to be the perception that Southampton’s hot start is just that - a hot start, and nothing more.

The season is still young, and there’s plenty of time for them to fall back to earth.

Wolves are the home team in this matchup, but there is some assumption that Southampton is not that much better than Wolves if the home field advantage is enough to swing the matchup this heavily.

One aspect of the wagers on this match that sticks out like a sore thumb is that Southampton’s +225 odds to win the match on the three-way moneyline move to +120 on the Draw No Bet line, while Wolves’ only barely increase, from -140 to -160.

Premier League bettors will have to interpret what that means for themselves, but it could mean that Southampton are being underrated on the three-way moneyline.

Dancing With The Stars Finale

The Finale of Dancing With The Stars airs on Monday and there are currently four teams remaining.

Here’s what the odds to win DWTS season 29 look like right now:

Odds to Win Dancing With the Stars Season 29

Kaitlyn Bristowe has been at or near the top of the odds boards for much of the season and remains there for the finale.

Many regard her as potentially the best dancer remaining on the show, which is obviously a big advantage.

She is followed by Nev Schulman, who has also hovered near the top of the boards the entire season due to solid performances across the board.

Throughout the whole season, Nev has never fallen into the bottom two.

Nelly sits at +500, after squeaking through the season and giving an excellent performance in the semi-finals, earning a perfect 30/30 from the judges.

Nelly is the fan-favorite, but he’s had to scrape by in terms of dancing ability, which is a big reason why he sits at +500.

Finally, Justina Machado placed in the bottom two last week, and there are warning signs for her ability to have enough fan support to win the competition, which leaves her at the bottom of the odds boards at +1000.

Dancing With The Stars will air the finale at 8:00 p.m. EST, and the online sportsbooks will have all the entertainment betting odds you can shake a stick at.

The Grand Slam Of Darts is likely not a tournament that is known outside of the darts world, but it is a remarkable competition.

Now, granted, the BDO has only one tournament win to their name, as might be expected, but this is still a very interesting tournament.

In a remarkable twist, both of these matches look nearly identical on the spread, the moneyline, and even the Over/Under.

Both matches have the favorite sitting around -145 moneyline odds, with a spread of 1.5, and an Over/Under line of 27.5.

The shading on those lines matches perfectly as well.

So, what does this mean? Well, it’s hard to tell. It’s possible that the matches actually should be handicapped identically, but it’s also possible that the sportsbooks don’t have a ton of information about this situation.

In the second case, anyone with knowledge of the Grand Slam Of Darts and the players involved could put that knowledge to good use with these wagers.

Bettors can wager on this remarkable coincidence at the major online sportsbooks, where darts bets can be found in abundance.