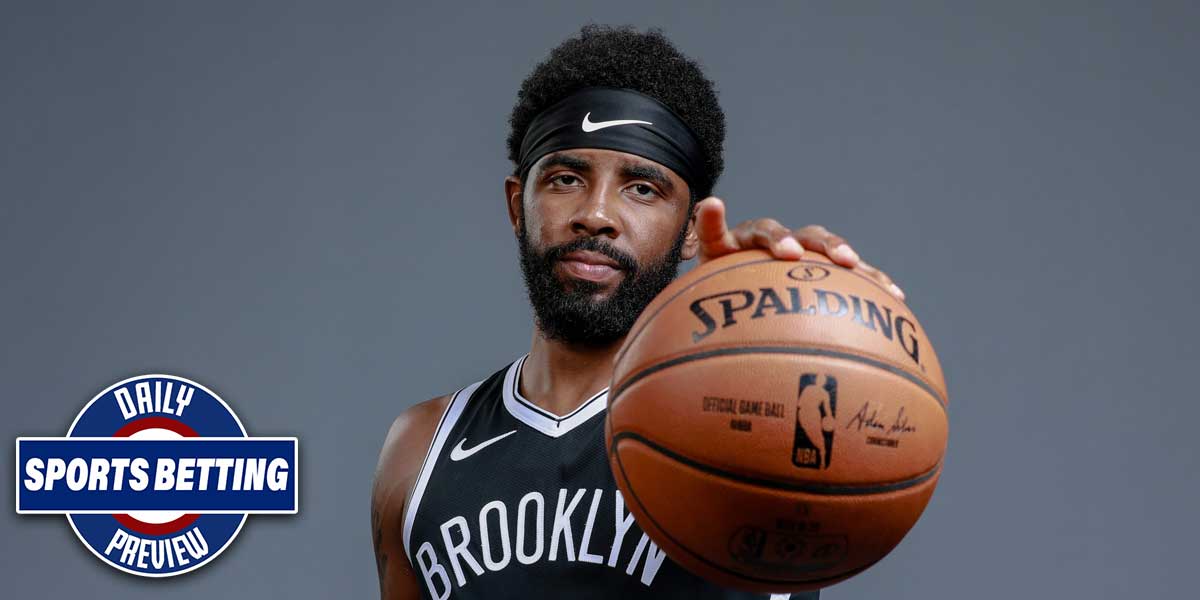 BOSTON – While Kyrie Irving will be returning to Boston, it won’t be to play at the Boston Garden. The long-awaited venture back to the city where he spent two seasons is expected to come with many cheers but will likely be outshined by louder sounds of discontent.

Irving is still missing time due to an injury but the Brooklyn Nets playing against the Boston Celtics is only one of many sports to bet on today. The NBA has 14 games on the slate – meaning all but two teams (Dallas Mavericks and Denver Nuggets) have a betting line behind their name.

Additionally, bettors can find betting odds on the UEFA Champions League and even snooker. There are a plethora of sports to bet on, so be sure to browse everything that US sportsbooks have to offer.

With so many games to choose from, bettors have the perfect opportunity to lay down multiple parlays or round robins. This will help sports bettors who can properly guess the correct outcome for the majority of NBA games.

When betting a parlay, it is recommended to vary the number of favorites and underdogs in the selections. With this, be sure not to miss out on these three NBA games where the underdog has a real possibility to win.

The Brooklyn Nets (+265) even without Irving could do some damage against the Celtics (-330). Scoring the fourth-most points in the eastern conference, the Nets are riding a four-game winning streak and are the only team in the Atlantic Division that has yet to record a divisional loss (2-0).

The Minnesota Timberwolves (+115) are on the road, where they are 6-2 on the year. Playing the San Antonio Spurs (-135) – who have won only one of their last ten games – gives bettors an easy line to take here.

Traveling west to east, the Utah Jazz (+110) are slight underdogs on the road against the Indiana Pacers (-130). The Jazz have struggled on the road so far this season (3-5) and the Pacers have proved to be hard to beat at home (7-2), but when betting the NBA and anything can happen.

At 3 p.m. EST, one of the many UEFA Champions League Games will be played. Slavia Prague (+210) will take on Inter Milan (+134), who is considered the favorite. Because this is a 3-way wager, bettors can also choose to bet that the full-time result will end in a draw (+240).

These two are at the bottom of the standings for Group F, as Inter Milan is set to transfer to Europa League. As Slavia Prague has only scored two goals over their four group stage games, taking Milan to win wouldn’t be a bad call.

In the UK Championship for snooker, Day 2 is underway. In a best of 11 frames format, Mark Davis (-175) will be the challenger against Si Jiahui (+135). The winner of this round will likely have to play Mark Williams in the Last 32 round, so don’t expect either winner to advance too far after a victory.

Still, for this matchup, Davis comes in with the much better rankings – 35 compared to 94. However, this is solely because Jiahui became a professional this year, as a 17-year-old. The Chinese snooker player could cause an upset, however, smart bettors are following Davis, who has been a professional for almost 30 years.

Davis’ impressive play has fallen off in the last few seasons, but an opening round against a youthful opponent should have Davis advancing with no issues.