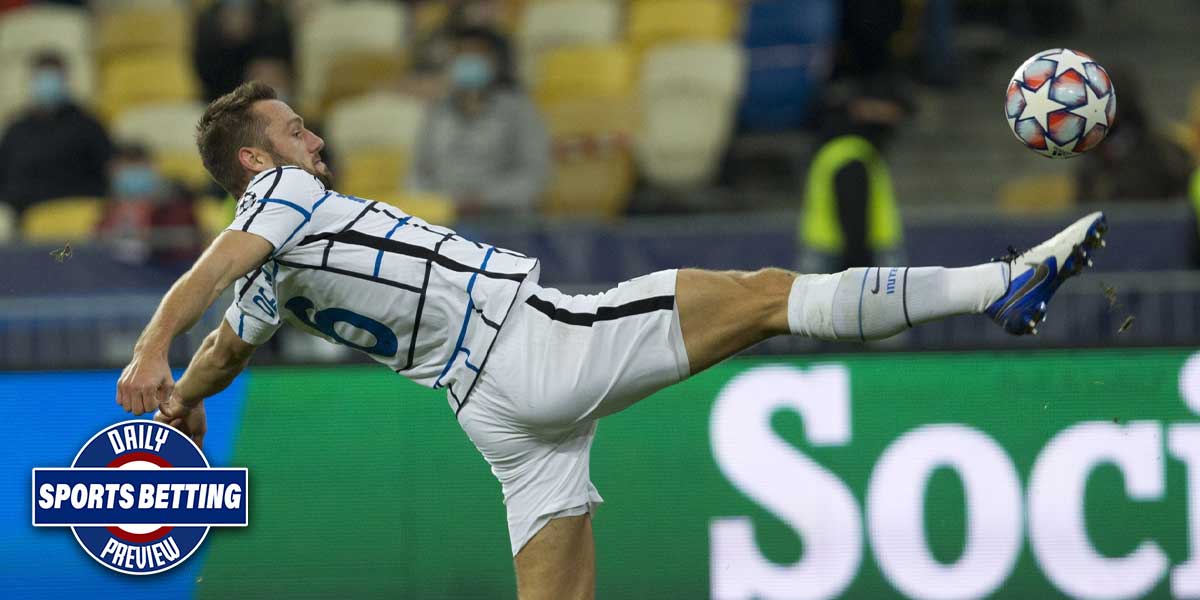 After that, it will cover the UEFA Champions League and some ATP Paris wagering. There’s a lot to cover, so let’s get started with this special Election Day preview!

Right now, the election seems to be tilted in favor of Joe Biden, but there are a couple things that give Donald Trump a real chance to win.

The odds on the online sportsbooks right now look like this:

US Presidential Election 2020 - Odds To Win

These odds have narrowed as Election Day approached - only 24 hours ago, Biden was -180.

The betting markets give Donald Trump a bigger chance to win than the statistical models do. This is in part because the polls were wrong in 2016.

FiveThirtyEight’s final forecast gives Trump a 10% chance of winning, which is lower than his chances were in 2016.

He’s behind about eight points nationally, but has a path to victory due to how the Electoral College leans a bit red this year. In addition, in the key battleground state of Pennsylvania, Trump is only 4.7 points behind Biden.

The polls were off by about 3% in 2016. If Trump were to overperform all the polls by 3%, and Biden underperform by the same, Biden would still win.

Trump needs the polls to be wrong enough that he wins Pennsylvania, basically. It’s the closest state that could take him over 270 electoral votes.

He would also need to win Georgia, Florida, North Carolina, and Arizona, all states where Biden appears to be polling ahead.

However, assuming Trump gets that 3% bump, he would likely do that.

So what does this mean? It seems as if the political betting sportsbooks are assuming that the polls will be wrong again, and in Trump’s favor, just like in 2016.

Here’s where things get really out of whack. As discussed, Pennsylvania has a high likelihood to be the state that decides the election.

24 hours ago, these odds were sitting at -160 for Biden. Now, they’re -180. Despite this, his odds to win the overall election have actually gotten longer.

This flat out does not make sense. These two bets should be intimately tied together - whoever wins Pennsylvania will likely win the election.

It would take some really wild stuff - beyond what happened in 2016 - for the winner of PA not to end up winning the whole thing.

Real Madrid is set to face off against Inter Milan, as Madrid attempts to navigate a season that saw them start out underperforming.

Real Madrid are and have been one of the best teams in the world, but even elite teams have downswings. However, for Madrid, a downswing more or less involves being second on the La Liga table instead of first.

The Spanish titans are 4-1 in their last five matches, and roaring into form. Today, they battle Inter Milan in the Champions League.

Inter Milan had a fantastic season last year, but they’ve also started slowly this year. They sit in sixth place in Serie A, with a record of three wins, two draws and a loss.

As often happens, when both teams are underperforming, the sportsbooks go where the talent is - and it is at Real Madrid.

The Spanish champions should have an easy path through this matchup, as odds on favorites on the three way moneyline.

Soccer bettors will have to weigh whether or not a mild underperformance by Real so far is enough to warrant a wager on Inter Milan.

Stefanos Tsitsipas takes center court against Ugo Humbert in the ATP’s Paris Open and enters as a mild favorite.

Tsitsipas is the second seed in this tournament and is currently ranked sixth in the world. He has a record of 28-11 this year in singles play.

His opponent, Ugo Humbert, is no slouch. Ranked 34th in the world, the 22 year old Humbert is a player with a lot of potential.

The odds favor Tsitsipas, as they should, but this battle between young guns will draw the eye of the tennis world.

Tsitsipas finds himself a fairly mild favorite, which for the number 2 seed in the tournament, might come as a surprise.

The spread is also pretty close:

Humbert +3.0 seems to be the tennis betting favorite, with some significant shading going the way of the underdog on the spread.

This matchup looks to be an interesting one, and tennis bettors have compelling arguments on both sides of the bet.

Happy betting - and make sure to go vote!