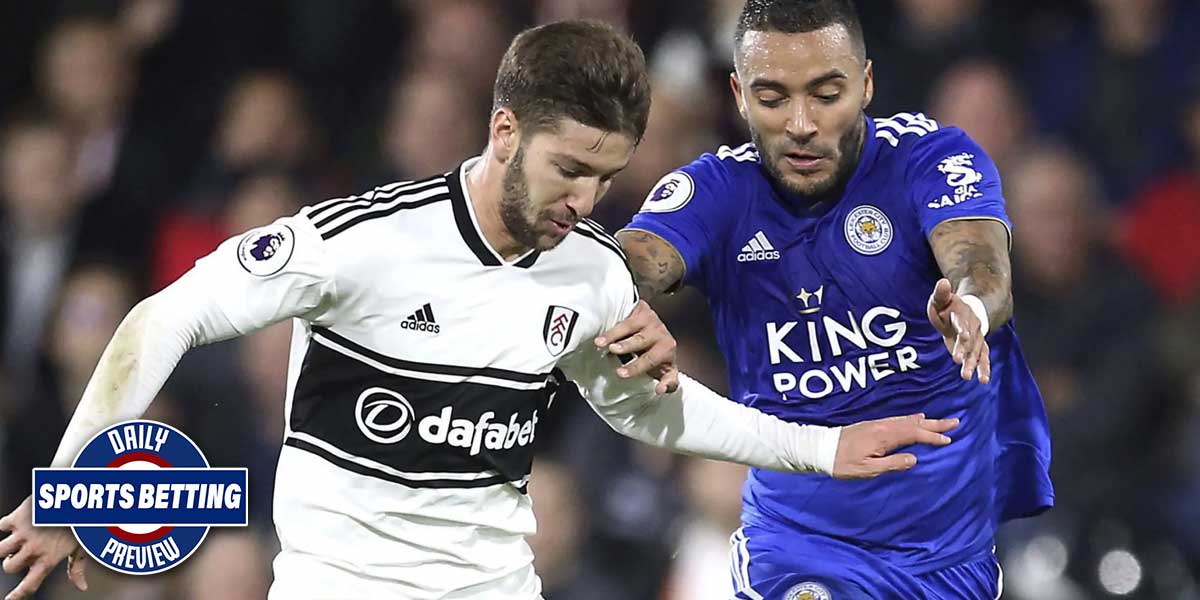 Today’s edition kicks off with a look at some college basketball action as North Carolina takes on UNLV. Then, in the Premier League, Leicester City faces off against Fulham.

College basketball betting fans are in for a treat as 16th ranked North Carolina gets set to face off against UNLV on Monday night.

North Carolina are expected to be favorites by the sportsbooks, in a very unsurprising twist.

North Carolina’s -1100 odds are fairly prohibitive, but they do not get into that -2000+ zone where some bettors seriously question the point of wagering on them.

UNLV’s +600 odds are solid, but perhaps not generous enough to justify wagers on the heavy underdog.

North Carolina -12.5 seems to be the most common spread on the online sportsbooks, although there is some shading on it.

North Carolina -12.5 has -105 odds, which means by the time the game rolls around, sports bettors should not be surprised to see this line at -12.

The season is young, so any trends worth discussing might not have serious predictive power at this point, but UNLV is a worthy underdog.

That said, it is worth noting that this game takes place at a neutral site, and is both teams’ second game of the season.

Leicester City is set to face off against Fulham in a battle to remain in the top four of the Premier League.

Leicester couldn’t have asked for a better opponent - Fulham are currently 19th in the league, with only one PL win this season.

Despite this situation, the odds aren’t as lopsided as one might think.

Similarly, the spread for this matchup is only Leicester -1.0, which is fairly reasonable as well.

In other words, the sportsbooks seem to be responding to money coming in on Leicester City -1.0 by shading the spread a bit.

The no-draw moneyline is also worth taking a look at. This moneyline refunds any bets if the match ends in a draw.

Leicester City are far more pronounced favorites on the no-draw line, which sees them with +600 odds to win the matchup.

Soccer bettors have a lot of options for wagering on this matchup in terms of bets and lines to choose.

Russia’s Liga Pro provides some solid betting opportunities across the board in terms of volume plays.

The basic theory here is that while many bettors do not watch the Liga Pro, and are not familiar with the Liga Pro, they could benefit from simple odds analysis and wagering.

Let’s take a look at the case of Igor Zemit, who has three matches today.

In his first matchup of the day, against Andrey Menshikov, Zemit is a solid underdog with +160 odds, while Menshikov clocks in at -205.

Zemit’s next matchup sees him facing off against Miroslav Minkov, and still not favored - his -105 odds combined with Minkov’s -130 odds reveal that the sportsbook is taking a fairly big cut of this matchup.

Sergey Burov is favored over Zemit in his last matchup of the day, which sees Zemit as a +135 underdog.

However, Sergey Burov faces off against Andrey Menshikov, which allows odds comparisons.

Interestingly, in this head to head, Burov is favored by a small margin. However, when facing off against a common opponent in Zemit, it is Menshikov who has the shorter odds of the two.

This provides a window into how the sportsbooks set up odds on these matchups, and suggests a wager on either Menshikov -110 against Burov, or Burov -180 against Zemit.