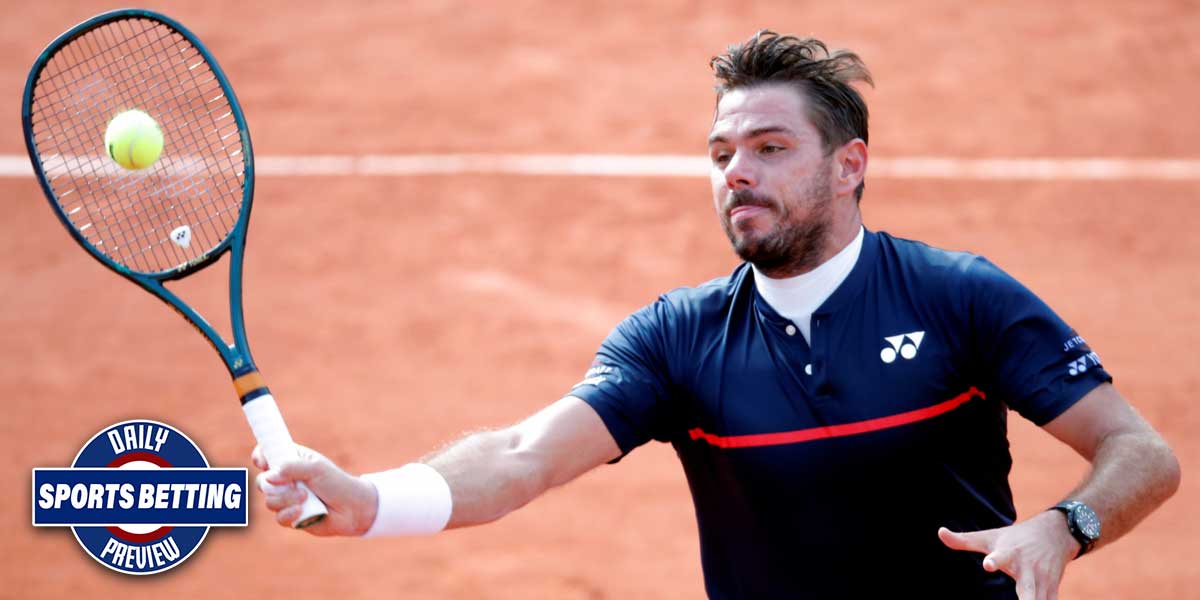 Today, the Preview starts off in the world of soccer, as RB Leipzig takes on Paris Saint-Germain. Then, ATP Paris provides an interesting matchup in the form of Stan Wawrinka and Tommy Paul.

Finally, the world of boxing sees a clash between two young fighters as Justin DeLoach faces off against Eimantas Stanionis.

The round of 16 in the Champions League continues Wednesday, with matchups featuring some of the very best teams in the world.

Today’s highlighted match is one of those, as French titans PSG face off with RB Leipzig, the newest member of the German elite.

Neither of these teams took traditional routes to become an elite club - both relied heavily on outside investment - but both of them are undeniably elite.

Paris Saint-Germain have been the single dominant name at the top of French football for a while now.

Their dominance of the domestic league shows no signs of stopping this year, as they are off to a 7-0-2 start in Ligue 1. In those nine games, PSG have outscored their opponents by 20 goals, despite losing two of the games.

Leipzig, meanwhile, sit in third place in the Bundesliga. They occupy the position right behind Borussia Dortmund and Bayern Munich.

Leipzig are 4-1-1 in domestic play this season, with the one loss being in their most recent match to Borussia Monchengladbach.

In addition, Leipzig took a drubbing at the hands of Manchester United in their most recent Champions League outing, losing 5-0.

Losses in their last two matchups does not bode well for Leipzig, but they are favored on the moneyline regardless.

The matchup looks like it will be very close according to the online sportsbooks, and although PSG are in better domestic form, Leipzig are the odds board leaders.

Kylian Mbappe has been ruled out of PSG vs. RB Leipzig on Wednesday with a thigh injury.

Forwards Neymar and Mauro Icardi are already on the sidelines. pic.twitter.com/vTmrDYHXCh

One important factor: PSG will be without star forwards Kylian Mbappe and Neymar, which represents a large drop in quality for them.

This seems to be a likely reason why the kings of French football find themselves down on the soccer odds boards.

The ATP’s Paris Open continues today as Stan Wawrinka faces off against Tommy Paul. Wawrinka, the 12th seed in the Paris Open, is ranked 20th in the world by the ATP.

Wawrinka enters the matchup as a deserving favorite on the moneyline as well as the spread.

Wawrinka’s -250 odds put him as a notable favorite over Paul, and given their relative difference in quality, it makes sense for Wawrinka to be favored.

That said, Paul is very much in this matchup, as it looks to shape up along age lines - Wawrinka is talented but older, and perhaps youth and energy can outdo age and experience.

Wawrinka is up by three games on the spread, and there is actually some additional shading his direction on the -3.0 spread.

Paul might be young and talented, but the sportsbooks don’t seem to think that will be enough to defeat the aging but elite Wawrinka. Tennis bettors will have to weigh whether or not fresh legs can help Tommy Paul overcome the odds against Stan Wawrinka.

Justin DeLoach gets set to face off against Eimantas Stanionis and the odds are already up on the online sportsbooks.

DeLoach is 3-3 in his last six matchups but absolutely dominated Livan Navarro in his last one, scoring a first-round KO on the undefeated Navarro. DeLoach is set to face yet another undefeated up and comer today in the form of Eimantas Stanionis.

Stanionis, a 2016 Olympian, is undefeated in his ten professional boxing matches so far. He is favored on the sportsbooks to continue his undefeated streak against DeLoach on Wednesday evening.

Stanionis’ -450 odds are not very steep for boxing, which often has odds that range well into the thousands. In boxing wagering terms, Stanionis is a mild favorite, but a favorite nonetheless. Boxing is an unpredictable sport by its very nature.

The basic problem for anyone trying to handicap this is that Stanionis looks talented, he looks like an up and comer who can overcome DeLoach, but so did Navarro.

DeLoach represents Stanionis’ first real test. Anyone familiar with betting on combat sports knows that sometimes, talented fighters don’t make it to the next level on their first try.

Stanionis seems favored to make the jump here, but sports bettors will have to wait for the results to know anything.