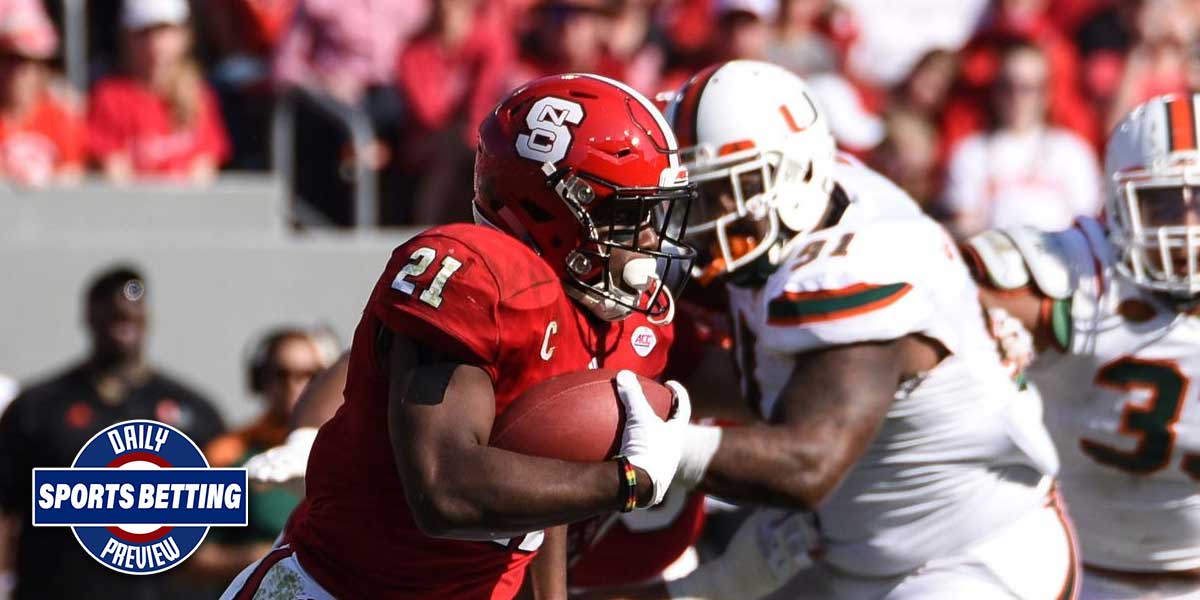 LAS VEGAS - Today’s edition of the Daily Sports Betting Preview finally gets back to being all about sports.

First, in the world of NCAA Football, Miami is getting set to take on NC State in some Friday ACC action. Then, in the Premier League, Southampton faces off against Newcastle United.

The Miami Hurricanes are a team that many perceive to be threatening, and many more are unwilling to believe in until they pick up a big win.

Today, they simply need to hold serve against NC State in order to come out on top - Miami should win this game.

Miami are -400 moneyline favorites in this ACC matchup, and as the 11th ranked team in the nation, they deserve to be.

The Hurricanes have been covering the spread as a favorite recently - they’re 4-1 ATS in their last five games as a favorite.

There is a bit of shading on the 10.5-point spread, and it goes in NC State’s direction. That said, the spread opened a little closer, at -9.

In other words, money appears to have come in on Miami until the sportsbooks moved the spread to where it is now.

At -105 odds, the reduced vigorish of Miami -10.5 could still look fairly tempting to many college football bettors.

The Premier League continues action on Friday with a matchup between Newcastle United and Southampton.

Newcastle sit in 11th place currently, with a record of 3-2-2, and a -1 goal differential so far.

Southampton have been doing well, and are currently in fifth place in the Premier League, with a record of 4-1-2, and a +2 goal differential.

Southampton have perfectly even odds on the three way moneyline, which is a very intriguing situation for soccer bettors to deal with.

The spread sees Southampton as favored by 0.5 goals, which matches perfectly with the moneyline.

However, the shading on the spread makes it more profitable for Southampton backers to use the moneyline.

Effectively, both the moneyline and the spread are bets on Southampton to win the game, but the moneyline has better odds by 20 points.

Southampton -0.5 is effectively the same bet as Southampton on the three way moneyline - they both only cash if Southampton wins the game.

Given that, if any soccer bettors want to wager in Southampton in this matchup, taking them on the three way moneyline is a decent value wager.

ATP Paris is back, and Alexander Zverev is set to battle Stan Wawrinka in a matchup to determine which of them advances to the next round.

Zverev is fresh off of a victory against Adrian Mannarino and is the current 7th ranked player in the world.

Wawrinka, meanwhile, has been showing flashes of his old self this tournament, and is now set to face his toughest challenge.

Zverev is a young talent with a high ranking, so it will not surprise many tennis bettors to see him as the favorite in this matchup.

That said, these two players have matched up before - and Zverev has won each time, giving him a perfect 3-0 record against Wawrinka.

The spread in this matchup is fairly close.

Zverev is a -3.0 favorite on the spread, and it’s worth noting that he would have covered or pushed that in both of the pair’s three-set meetings.

This matchup should be an excellent one for both fans of the sport and fans of betting on tennis.