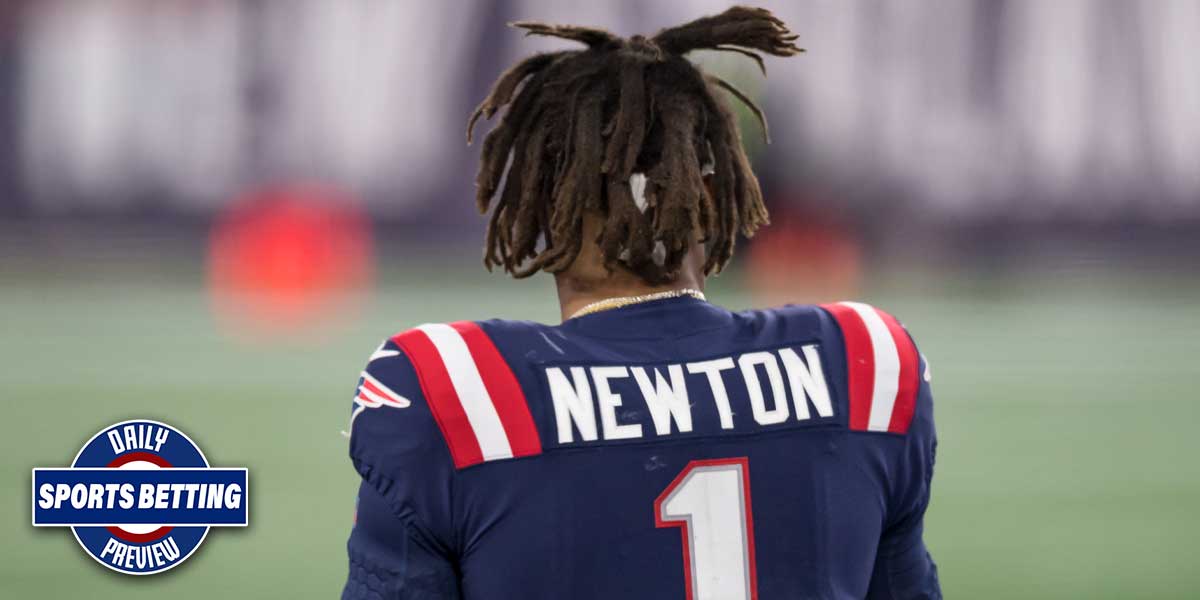 First, on Monday Night Football, Cam Newton and the New England Patriots face off against the New York Jets.

Then, ATP Sofia brings a quality matchup to the table as Jannik Sinner battles Marton Fucsovics.

Finally, Zimbabwe takes on Pakistan in a Twenty20 cricket showdown.

The New England Patriots have had a tough season so far, for the first time in a long time.

They’ve been competitive against good teams like the Seahawks and the Bills but fumbled those games away at the last minute.

They enter this matchup with a 2-5 record, and would likely be underdogs against most teams in the NFL.

The Jets are not most teams. They are the worst team in the league by quite a margin, with an 0-8 record.

The Patriots are -450 favorites to win the game on the moneyline, and the spread is similarly lopsided.

However, the real focus of this game for NFL bettors will be Cam Newton, whose struggles have defined the Patriots’ season.

Since returning from the COVID-19 injured list, Newton has put forward some truly forgettable performances, capped off with fumbling the ball on a potentially game winning drive against the Bills.

Let’s take a look at a couple of Cam Newton prop bets.

Newton has only eclipsed 207.5 passing yards once this season, and that was in Week 2 against the Seattle Seahawks.

The Seahawks have the worst pass defense in the NFL, giving up an average of 362.1 yards in the air per game.

The Jets are not amazing at pass defense - they’re fourth-worst in the NFL, in fact - but they give up around 80 yards less of passing offense per game than the Seahawks do, at 282.8.

The tough part of this wager is that while it is true that the Jets are a very bad pass defense, Cam is not passing the ball very well right now.

In fact, his completion percentage has been around 60% in three of his last four games. In the fourth, it was 68%.

In addition, since returning from the COVID-19 injured list, Newton’s passing yards per attempt numbers have dropped significantly - he has not eclipsed 7.0 yards per attempt since he’s been back, after doing it twice in his first three games.

On the rushing side of the ball, the Jets are actually about average. They’ve given up 155 rushing yards to quarterbacks total through eight games, so an average of 19.375 yards per game.

Their general rushing defense is also more or less average. They give up 116.1 rushing yards per game, which is 14th in the league.

Cam has eclipsed this number of rushing yards three times this season - against the Miami Dolphins, the Denver Broncos, and the Buffalo Bills.

Obviously, these numbers are not the full story - but they do paint a picture.

Both of these lines are inflated due to the Jets’ reputation as the worst team in the league - which they are.

They are still an NFL team though, and it might be tough for Cam to romp through them with ease.

ATP Sofia brings a quality matchup to the betting slate today as Jannik Sinner faces off against Marton Fucsovics.

Sinner is ranked 44th in the world at the remarkably young age of 19 and seems like a player poised to make a leap.

On the moneyline, Sinner is almost a 2:1 favorite over Fucsovics, with -195 odds to win the match outright.

On the spread, Sinner is once again on top, with a -3.0 spread in his favor, although there is a little bit of shading towards Fucsovics on that spread.

The two players have met before, with Fucsovics taking the victory - this is Sinner’s chance to even the head to head matchup at 1-1.

According to the online tennis sportsbooks, Sinner is likely to do so.

Zimbabwe and Pakistan face off in an international cricket match at 5:30 a.m. EST on November 10th, so bettors should get their wagers in now.

The matchup has fairly lopsided odds at the current moment.

Pakistan are -800 moneyline favorites, while Zimbabwe have +580 odds to win the match.

This is the third in a series of matches between the two teams. The first two were already won by Pakistan.

Zimbabwe has never beaten Pakistan in a T20I, despite having attempted to do so 11 times.

However, Zimbabwe did manage to overcome Pakistan in an ODI matchup on November 3rd.

The basic matchup here is simple - Pakistan is an elite team, and Zimbabwe isn't.

However, matchups aren’t played on paper, and Zimbabwe appear to have something of a real shot at this one, according to the sportsbooks.