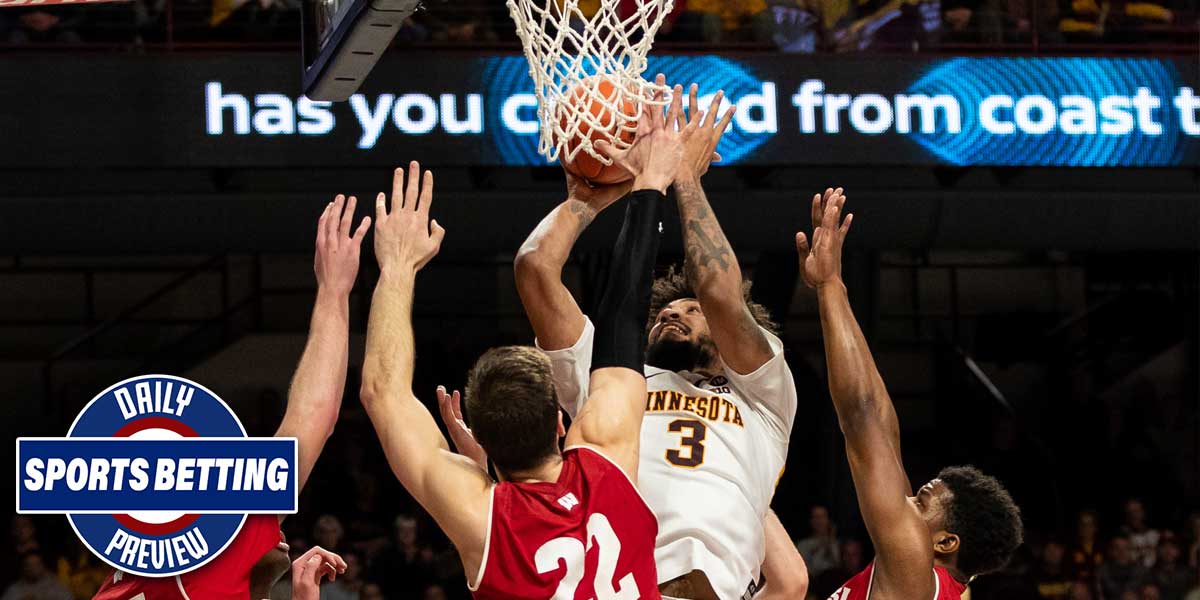 ATLANTA – As the 2019 sports betting season enters its final month of action, bettors are encouraged to test many markets. The NFL, NBA, NHL, and college basketball rule the day of sports, but international soccer matches also give bettors opportunities to lay their money down.

The afternoon features two games – one from Germany’s Bundesliga and one from Italy’s Serie A. Both of these matches will see a team that is just above the relegation level, as these teams will attempt to pull off a victory and remain in the top league.

As for basketball, the college games are heavy but none have the notoriety of the ACC and Big Ten Challenge. But before this showdown takes place, the NBA will have Trae Young and the Hawks host the injury-ridden Warriors.

Steph Curry won’t be playing in this game but it won’t stop him from looking at the young and often compared Trae Young on the court. The Hawks’ guard has put up 30 points in all but one of his last five games played… and in that one game, Young finished with 29 points. However, his high scoring efforts have not translated to wins, as the Hawks have dropped the last 10 games.

Still, Atlanta (-260) is a 6.5-point favorite at home for today’s NBA betting slate, as the Warriors (+220) don’t have many players readily active to combat Young’s abilities. The game tips off at 7:35 p.m. EST and can be seen on local channels such as NSBA and FSSE.

While the first matchup of the 13-game ACC Big Ten Challenge begins two hours before the Clemson Tigers’ and Minnesota Golden Gophers’ 9 p.m. EST tipoff, this game will certainly be the main focus of the night for bettors.

Visiting Clemson (+140) comes into Minnesota after losing their last game, but broke off a five-game winning streak in the games’ prior. With the all-around ability of Aamir Simms for Clemson, look for the forward to be able to disrupt the play of both Minnesota guard Marcus Carr and center Daniel Oturu.

The major afternoon soccer betting slate begins with a Bundesliga matchup between Mainz 05 and Eintracht Frankfurt. Both of these teams are positioned in the bottom half of the league, but it is Mainz (+185) who is just slipping closer to the relegation zone.

Allowing almost three goals per game in their last five, Mainz now sits 15th in the table. However, the recent play of Eintracht (+145) doesn’t give bettors a lot of confidence heading into this matchup. Losing three of their last five matches, Eintracht has failed two in the two most recent games played.

Though the odds are the best in this situation, betting the draw (+260) should be avoided, as only two of the combined two-dozen matches played by these two clubs this year have ended in such a result. Instead, look for Eintracht to break their scoreless trend and get the victory at home – something they have done in a majority of their home matches thus far.

Kicking off just after the Bundesliga action beings, a Serie A matchup will take place at 2:45 p.m. EST. Cagliari (-100) is sitting in the fifth position of the table, while Sampdoria (+280) is in 17th – just above the relegation zone. As Sampdoria is one of three teams in the league without at least double-digit goals to their name, betting on Unione Calcio may not be advised.

However, the team has won two of their last three matches. Still, Cagliari has posted at least two goals in all four of their last matches. If they can keep this trend, the firepower may be too much for Sampdoria to overcome.

As these two teams have seen matches end in a draw in three of the last five meetings dating back to 2017, bettors may also consider betting a fulltime draw result, which US sportsbooks are setting at +245.